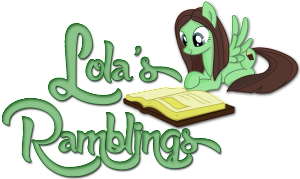 Lola’s Ramblings is a feature on my blog Lola’s Reviews where I ramble on about a book related or a non-book related topic. These are discussion type of posts where I talk about a topic and readers can weigh in on the topic in the comments. Usually these posts are everything that doesn’t fall under any standard header, like tours, cover reveals, memes, challenges, recaps or reviews. Lola’s Ramblings posts are discussions of a certain topic and my point of view on them. The banner for this feature is designed by Michelle from Limabean Designs. I am keeping things simple […] 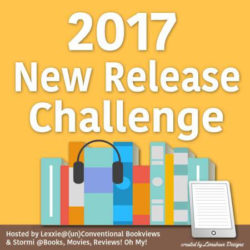 The Challenge The 2017 New Release Challenge is hosted by Lexxie at Unconventional Book Views and Stormi at Books, Movies, Reviews Oh My. I am going to take it slow with reading challenges in 2017 and have decided that this one and Coyer will most likely be the only ones I am joining. Last year about half of the book I read were new releases and I enjoy participating in this challenge so I am joining again this year! You can read the full rules for this challenge on Lexxie or Stormi their blog. It’s a yearlong challenge and books […]

Coyer is a reading challenge hosted by Michelle from Because Reading is Better Than Real Life, Berls from Fantasy is More Fun and Stormi from Books, Movies, Reviews Oh My!. I am excited to announce that I’ll be participating in the Winter Coyer again this year. Coyer is one of my favorite reading challenges and I am always looking forward to the next one. This Coyer will be a bit stricter than normal, as you can only read books you got for free or for less than 1$. Luckily I have a lot of books that fit that rule, although […] 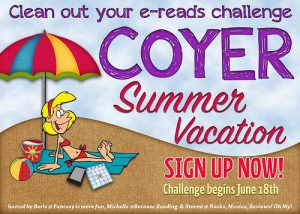 It’s time again for Coyer! Coyer is a reading challenge hosted by Michelle from Because Reading is Better Than Real Life, Berls from Fantasy is More Fun and Stormi from Books, Movies, Reviews Oh My!. I am so excited another Coyer is almost here, I always have a lot of fun with this challenge. This time I am not going to set any goals. I am already doing really well with my reading challenges goals, except for the Blogger Shame challenge. So during summer I want to focus on reading the books I want to read and probably still read […] 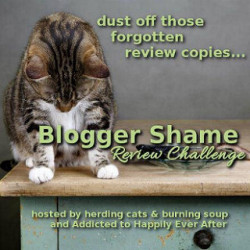 In 2016 I am joing the Blogger Shame Review Challenge hosted by Herding Cats and Burning Soup and Addicted to Happily Ever After. The goal of this challenge is to read books you received for review that have been on your review list for 6+ months count. I have so many books for review that I already have for way too long, so I jumped on the chance to participate in this challenge. I set my goal to read 12 books for this challenge, so one every month. In 2016 I am joining the Pick Your Genre Reading Challenge which […] 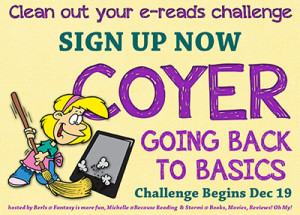 Coyer is back! This twice yearly reading challenge is one of my favourite challenges and I am really excited for this winter edition. Coyer stands for Clean Out Your E-Reads. The challenge will run from December 19th to March 4th. And is hosted by Fantasy is More Fun, Because Reading & Books, Movies, Reviews! Oh My! and the goal is to clean out your free or nearly free E-reads! My Goals Here are my goals for this challenge: Read 20 e-books. Seeing as I read about 2 books each week and coyer runs for 11 weeks, this should be doable. […] 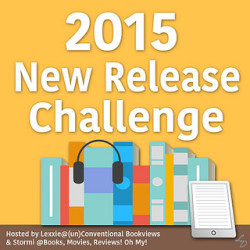 I am participating in the 2015 New Release Challenge hosted by Lexxie from Unconventional Book Views and Stormi at Books, Movies, Reviews! Oh My!. Basically the goal is to read books released in 2015. They have to be at least 130 pages and need to be released, read and reviewed in 2015 to count. I go for the goal New Release Newbie: 1-15 books per year. I am hoping to read around 15 new releases this year. I plan on doing quarterly recaps to show my progress, so expect recap posts end March, June, September and December. Books I plan […]