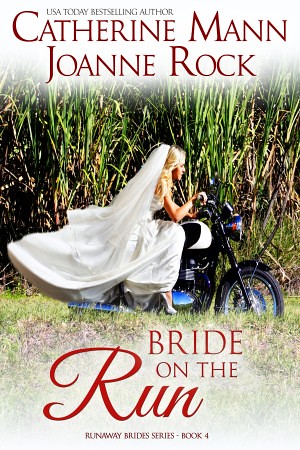 Blurb:
Valerie Dimitri is on the run from her former fiancé who’d only wanted to marry her for her family’s questionable criminal ties. She also has the perfect cover with an assumed name and a thriving call-in advice show, “Sex Talk with Serena”, until one messy call blows up in her face. When she counselled “Anna J” to break up her with her boyfriend, she had no idea that she was telling a local celebrity to dump the hometown hero ballplayer, Boone Sullivan.

Boone has discovered Valerie’s real identity and he’s determined to expose her secrets… and maybe more. What he didn’t expect was to be blindsided by a crazy attraction to the buttoned-up lady with the sultry voice and a hidden past. He had carefully plotted his revenge, but soon all he can think about is how much he’d like to take Valerie as very own his stand-in bride…

Having enjoyed the first three book in this series so far I was happy to get accepted to review the fourth book as well. This book is exactly what I’ve come to expect from this series, funny and light with some hot scenes thrown in and a sweet romance. I am a bit sad that this is the last book in this series as I really enjoyed this series. What I liked most about this book is that both main characters are character we already heard of in the second book and we see or hear about most of the main characters from the previous books and they make a cameo appearance.

This book follows Boone who’s marriage is ruined thanks to advice Sex talk with Serena gave to his ex fiancé. He is determined to find her and make her publicly announce her advice was a mistake. Then he finds Serena, who is actually Valerie and who’s trying to lead a life while hiding from her her mob family. There is some danger involved and Boone is doing his best to protect Valerie, which was fun to see. And then they slowly fall in love and get closer. There was one misunderstanding towards the end, but luckily it was quickly solved. I didn’t like how Boone was focussed on having Valerie admit her mistake, but it was solved nicely and it did bring them together. There is also some focus on baseball and we see the main characters of the first book during a few scenes, which was fun as it connects the books.

I like Valerie, she was a down to earth women. She loves her dad, both they don’t see each other a lot for safety purposed. They both try to stay far away from the mob side of their family, building their own life away from the rest of their family and trying to avoid any ties with them. I really liked how they dealt with this. Boone is a very successful baseball layer and he didn’t plan to fall in love, but soon he can’t deny how he feels. I liked how protective he was of Valerie and how he adjust his opinions of her once he get’s to know her. It was fun to see their romance and while they start of in an unconventional way, it worked. The ending and epilogue was lovely and it made me happy how this series ends.

To conclude: This was another great book in this series. I am sad this series is over now, but I really enjoyed it. These books are short, but they are a lot of fun and long enough to grow fond of the characters. I really liked Valerie and Boone and their romance was well done, they had a few small misunderstandings, but they were solved pretty quick, so I didn’t mind them too much. The ending was done well and I liked seeing the main characters of earlier books make an appearance. All in all this was a great and fun series and I hope these authors decide to write more books together eventually as I will certainly read it if they do!

You can buy Bride on the Run here:
– Amazon
– Kobo

16 responses to “Review: Bride on the Run by Catherine Mann and Joanne Rock”