This was a bit weird week, it started bad, then got better. Monday was a weird day I was feeling annoyed and restless, I couldn’t focus and I kept worrying about things. I was grumpy and didn’t want to cook and we ended up going to the supermarket and buying salads for dinner instead, which was pretty awesome actually. After that I felt a lot better. The rest of the week was better, busy, but in a good way. Although I still couldn’t fully shake that worrysome feeling.

I managed to get a few blog posts written and scheduled, I wrote 3 Lola’s Ramblings posts and a Lola’s Kitchen post. So that’s a good thing, it felt nice being productive and writing some blog posts. On Lola’s Blog Tours there is a new review opportunity, two new cover reveals and two new book blitzes open for sign-up. So it was a great week for business as well :).

Oh and something excited happened this week. I got a review request. A review request for a Kelley Armstrong book! I always consider myself a small blogger and never approach authors myself to ask for review copies or ARC’s. And now I got contacted by a publisher who knew I had reviewed some of Kelley Armstrong her books on my blog and asked if I wanted to review Led Astray. Ofcourse I said yes, they even offered a physical copy, but I also mentioned I lived in the Netherlands so I was okay with an e-copy as well, they send me a mobi copy for review. So I’ll be reading it soon on my ipad. I really want to make sure I read it in time for the deadline.

Friday we went with Snickers to the vet. I was really worried as the tumor seemed pretty big and she kept scratching behind her ear and has a bald spot there. The vet took a look and said it was a tumor indeed and he felt confident Snickers would handle another surgery. So she will go to the vet for surgery monday. The ear scratching is probably due to the stress, she probably knows there is something. He weighted her and she’s only a few grams lighter than last time, so that’s good she hasn’t lost too much weight. We did buy a few extra yummies for her as I know from last time she doesn’t want to eat much normal rat food after surgery. We know have four small pots of baby food (in the flavours carrot, banana, pear and mixed fruits) and frozen Advocado, strawberries and raspberries stocked up. I also bought a new bag of banana chips for them, which they both love and a bag of beet candies. So at least there will be something she can eat, last time we tried a pot baby food towards the end of her recovery and she loved it, so I hope she likes these flavours as well. The frozen advocado I bought a few weeks ago already and they like those, it’s handy it’s frozen so we can give them a piece now and then and the rest doens’t get bad. I gave them both half a strawberry on friday and they seemed to like those too. So that’s good they like their new yummies. We’ve been giving them a lot of yummies this weekend to prepare for Snickers her surgey on monday.

Saturday my mom and her husband visited. They made a few shelves in my sister her old room, which is now called the ‘carrot room’ because of the green carpet and orange walls. Now we have three big shelves there to stack some of our stuff, which is really handy as we’re a bit short on shelf space in our house. After they made the shelves my mom asked if I wanted to go with them to the garden center (not sure if that’s the right translation, they sell plants and things for the garden and such) close by as she had to buy two plants for two colleagues. I ended up getting two new plants for our balcony and a lemon plant for inside (it smells like lemon and keeps the mosquito’s away). I am really happy with them, because even though I love plants, our balcony plants never seem to last long, my mom said these plants are very sturdy and shoukld survive the frequent wind on our balcony. When we got home she helped me pot them, we drank another cup of tea and after that they left. 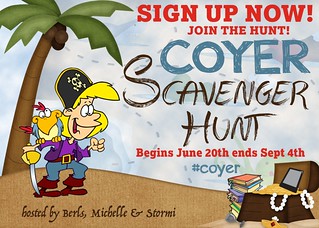 I am off to good start with this challenge. I finished my first book Palace Secrets and then read The Hardest Fight on my ipad as well. I also finished my evening book The Stars Never Rise and after that started Visions by Kelley Armstrong. I am now readign Love Games by Eden Scott on my ipad.
I also commented on a few reviews of other participants, was active in the facebook group and a bti on twitter as well. And I participated in the first twitter chat, which was a lot of fun. 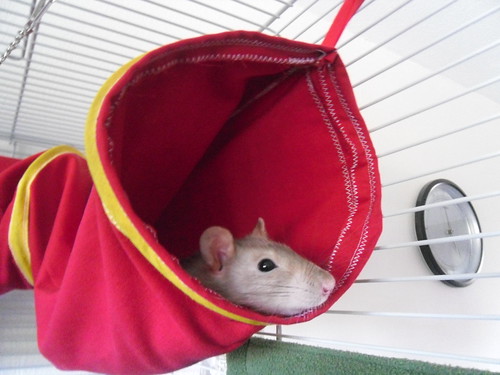 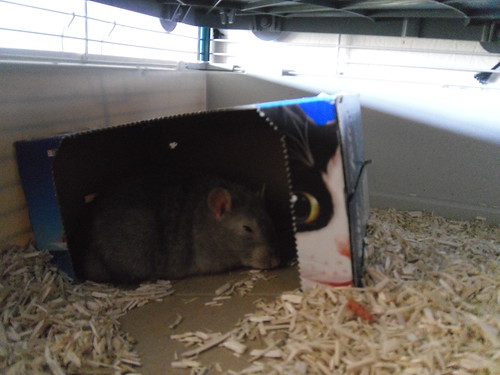 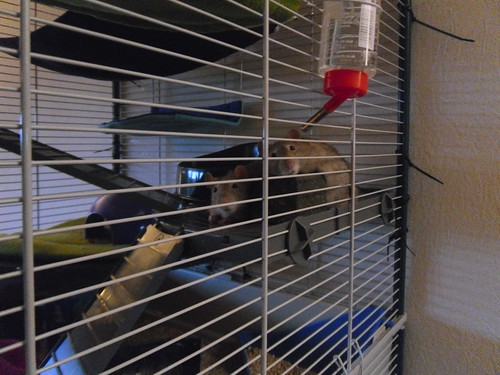 Smarties and Snickers on the plateau with their food and water 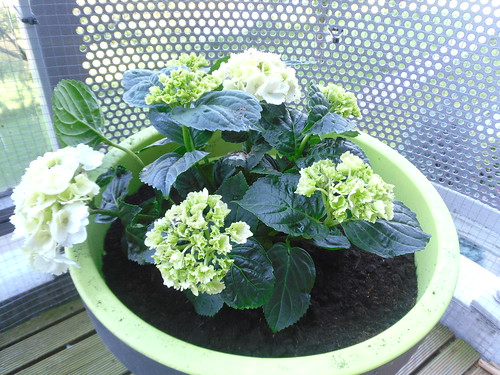 The new white plant on the balcony 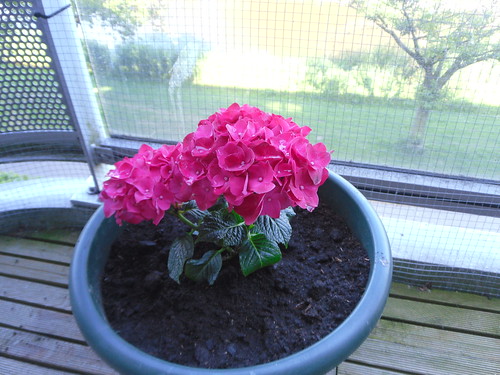 The new pink plant on the balcony 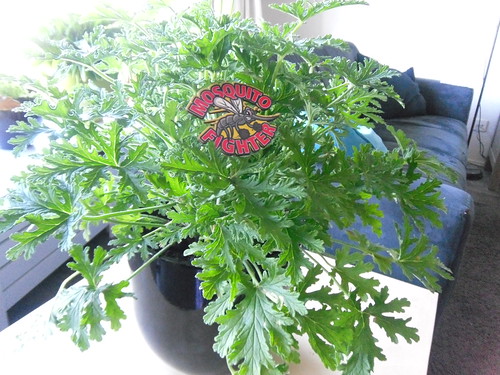 And the lemony plant inside our house and how fun is that Mosquito Fighter picture on the card? 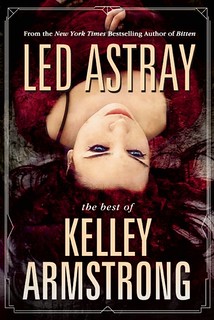 Blurb:
Two brand new tales anchor this wide-ranging collection from one of urban fantasy’s most successful authors. Here is the first time that best-selling fantasy, YA, and crime author Kelley Armstrong has had her stories collected from Otherworld and beyond. With her signature twists and turns, Armstrong gives a fresh spin on city-dwelling vampires, werewolves, and zombies, while also traveling further afield, to a post-apocalyptic fortress, a superstitious village, a supernatural brothel, and even to feudal Japan.

With tales that range from humorous to heart-stopping, these are the stories that showcase Kelley Armstrong at her versatile best.