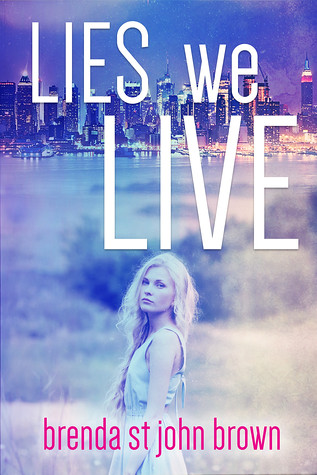 Blurb:
Twenty-nine-year-old Ella Ingraham is a best-selling novelist. She’s also a murderer. At least that’s what most of the world thinks after her bastard ex-boyfriend brought a tabloid frenzy and a civil suit down on her for “negligence” following the stillbirth of their unplanned child at eight months.

Her New York – California drive is meant to be an escape after the hell of the trial, and Horatio, AK is just another random exit off the highway. Until she meets Josh Devereaux, part-time farmer, full-time tech genius holed up in his hometown after a few years in New York turned him into a bigger asshole than he ever thought he’d be.

Ella finds Josh Fascinating, capital “F”. Followed immediately by unnerving. He knows too much about her and, quite frankly, he tries too damn hard. That’s a red flag if she’s ever seen one. Or at least it would be if she were thinking with her head and not the more irrational parts of her anatomy. Like her heart.

Last year I read Swimming to Tokyo by this author and really enjoyed it. So when I heard about this book I jumped on the chance to read and review it. One look at that cover and the blurb and I was sold. I don’t read a lot of romantic suspense books, but I am hoping to read more in this genre and this book just sounded so good and intriguing. I really enjoyed this book, it was a great romance, an intriguing plot and a past that still plays a role today. I just wanted to keep reading, the story intrigued me from the first page and I just had to know more. I had a hard time putting down this book and every time I was thinking one more chapter and then ofcourse ended up reading more than one.

So it is a romantic suspense and while I haven’t read a lot of books in this genre to compare to, I felt like the mix of romance and suspense was really done well. The two aspects were intertwined together. The romance is a huge part of this book, but the suspense elements are always there, more in the background, but always present. The book is told mainly from Ella her point of view, with a few chapters from Josh his point of view and a few chapters that take place in the past. At each chapter start it is clearly mentioned who’s pov it is and in which time it takes place, so it was easy to know who was narrating and when it was. While normally I don’t like flashbacks chapters as I feel like they take me out of the story, here I felt they complemented the story. It’s like we know in theory what happens with Ella and Eric and their baby, we don’t know exactly what happened from Ella her point of view and that’s what we get in the flashback chapters and I felt it was really valuable and made me understand Ella better. It added to the story and gave the pieces we were missing and what really happened. So this way of telling the story really worked for me.

I almost instantly liked Ella. She has been gone through a lot, but she’s still standing. She tries to keep a low profile, but can’t help but be drawn into a conversation with Josh and it was nice to slowly see her let her guards down, but the past really kept haunting her. She always keeps her guard on and can’t really let herself fall in love as she feels like she doesn’t know enough about Josh. Oh and she is an author and it was really fun to read a book about a main character who is an author. I almost felt like her book series where real as I could so easily imagine them to be. Josh was a nice guy as well, although I have a feeling I know what he is hiding and I am not sure how that makes me feel about him. They both have a past, a dark past, but they have changed now, but it feels like that past is still chasing them. Beside keeping a few secrets there is also a lot that he does share and he slowly draws Ella into his world.

There are a few side characters who also play a role. I especially liked Si and Trudy, they are friends of Josh and quickly become friends of Ella as well. They are great friends, being there for Josh, but also not afraid to give some advice when they think it’s necessary. Then there is Eric, Ella her ex -boyfriend and he was such a despicable human being, I can’t believe he actually went to court about their stillborn baby and convinced the world Ella had murdered their son. And that while Ella was being nice and kept giving their relationship a try, while she should’ve left long ago. There are also two younger girls which were a big fan of Ella her books and that made for some fun conversations and book related scenes. The side characters were done well and gave a cozy feel to the small town setting. The small town setting was also done well, it’s clearly a town were everybody knows everyone and get’s into other people their business.

The romance is really done well. Elle and Josh meet and it’s clear there is something between them, there is an instant attraction, but it quickly becomes clear there is more between them as well. The chemistry between them is really done well and I knew they would end up in bed eventually. But there is much more to their romance than attraction, their feelings grow slowly but surely. And there is an interesting mix of scenes where they are getting to know each other and combined with scenes about trying to find out each other their secrets. At times it felt like Ella focussed a bit too much on finding out Josh secrets, although I did understand her as basically everyone knew her story. And I am pretty sure Josh has a secret. While the chemistry between them is really hot, the actual action happens behind closed doors, which I have to admit made me a little bit grumpy as I was curious how the sex scenes would be, when they finally gave into their attraction.

I had thought that while this book was part of a series each book would feature on a different couple, but when the end was nearing and there was no end in sight when it came to the story I realized my mistake, right before the cliffhanger ending hit me. And what an ending it is, it was so abrupt and wants me to have the next book now as I have to know what happens after that. It was an original cliffhanger though and one that makes me a bit scared for the next book, but also really curious and wondering if Josh his secret will be revealed then.

To conclude: I really enjoyed this book, the romance and suspense elements are woven nicely together. The story is told from both Ella and Josh their point of view, with some chapters taking place in the past, which I liked. Ella and Josh both were different people in their past and while they try to escape their past, their past is still very much a part of them. The romance is really well done, with an instant connection, but there is also more than that and they slowly get to know each other. I am a bit grumpy the sex scenes where behind closed doors as their chemistry was so hot. The side characters and the setting make the story come alive. The ending took me by surprise and ending in a well done cliffhanger. I can’t wait for the next book in the series and see how this story continues.

You can buy Lies we Live here:
– Amazon
– Kobo

Other books I read and reviewed by this author:
– Brenda St. John Brown – Swimming to Tokyo – 4 stars

How do you like your romanctic suspense? Do they need to have a lot of action or is more subtler suspense good too? Any romantic suspense books you would recommend?