Today is my blog tour stop during the blog tour for Brenda St. John Brown her debut novel Swimming to Tokyo. I read and reviewed the book for my stop :). 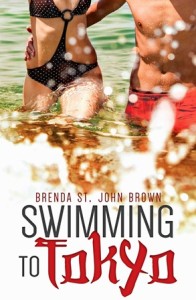 Blurb:
The rules for swimming are simple:

Rule #1: There is no lifeguard on duty.

Since her mom died three years ago, nineteen-year-old Zosia Easton’s been treading water. Living at home. Community college. Same old Saturday nights. So when her father breaks the news he’s taken a job transfer—and by the way, it means renting out the house that’s been her refuge—a summer in Tokyo feels like it just might be a chance to start swimming again.

Finn O’Leary has spent God knows how many years trying to drown out his past. Juvenile detention. Bad decisions. Worse choices. He’s managed to turn it around – MIT, Dean’s List, a sexier-than-thou body with a smile to match – at least on the surface. When his mom asks him to spend the summer with her, Tokyo seems as good a place as any to float through the summer.

Rule #3: Swim at your own risk

I wanted to read this book after hearing some good things about it and because I was intrigued by the cover. This was totally different then I expected, but I still enjoyed it. yes it is about Tokyo and swimming, but mostly it’s a romance story set in Tokyo. I did love the setting, although I wished there was some more swimming.

At first i had some trouble getting into this book, the first few chapters where a bit slow and took place in the Us and I just wanted them to get to Tokyo. Later on I did understand why the start in the Us was necessary for this story though. Also the writing style took me some getting used to. When I hesitantly picked up the book the next day after getting only 10% in the first day i actually read most of the rest of the book in one sitting.

I did really enjoy this book, although I can’t really pinpoint why. It was a fun story and once the pace picked up I enjoyed it and wanted to keep reading. There are also some more difficult and hard scenes, although I thought they clashed a bit with the rest of the book at times.

I liked Zo and Finn, they are both fleshed out character, although it does take some time before we really get to know Finn. And Finn could be a bit too stubborn at times. There are some frustrating scenes between the two of them, but overall I liked how messy their relationship was, they had their up and downs, but never really let it go too far. I also liked how their relationship developed slowly at first and how they became friends first. Beside the two main character, the side characters weren’t that interesting and besides Mindi I often forgot who was who.

I really liked the setting in Tokyo, although I would’ve liked a bit more focus on the country as sometimes it was easy to forget they actually where in Tokyo. There where some scenes where the differences between the two cultures was really obvious and it was fun to see how different Japan is. Also I had expected for swimming to play a more central point in this book, but while it was mentioned a few times that Zo liked to swim, there wasn’t really more focus on that.

To conclude: this was a fun book and once I got past the first 10% I really enjoyed it and read most of it in one sitting. The main characters are nice, although Finn could be a bit stubborn at time and we don’t learn much about the side characters. the romance was done well and had a slow build-up to friend first and then more. All in all this was a fun read with a nice setting.

You can add swimming to Tokyo to your to-read list on Goodreads. 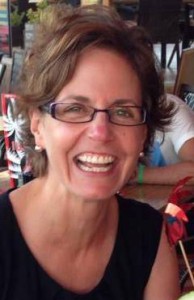 About the Auhtor:
Brenda St John Brown is a displaced New Yorker living in the English countryside. She hasn’t quite adapted to the idea of fireworks in November (despite now being a dual US/UK citizen), but she knows not to call trousers pants & often finds herself saying things are lovely…a word that never crossed her lips until she passed through UK immigration. She writes YA & NA fiction. When she’s not writing, Brenda loves running, reading and traveling, & talking about Greek mythology with her son.