We’ve had some beautifull spring weather this week, the trees are budding and I’ve had the urge to go outside and sit on our balcony. I have cleaned the balcony, although I haven’t sit there yet due to being busy with work. There was a book blitz going on and putting in some hours of marketing assistant work for this month. I think I got the spring cleaning bug as the rest of the week I cleaned out some cabinets in the kitchen (I already did a few last week as well) and dusted off and cleaned the towel rack in the bathroom. We suddenly have more space due to my sister moving and packing up her stuff and I had to urge to clean and reorganize everything.

And I have some big news concerning Lola’s Blog Tours. I decided to make my cover reveals free, no strings attached. Till at least end July and at that point I’ll decide whether to keep them free or up the price again. I explain my reasoning behind that decision in this post. Basically I want to give free cover reveals to authors and as a sample of my services. My cover reveals never have sold well and I hope this change will change that and I am hoping to organize more cover reveals from now on!

My boyfriend and I finished watching the first season of Star Wars Rebels and am now eagerly anticipating the next season. So with us being in a star wars mood we found out there’s another animated series named The Clone Wars (not confusing or anything as there’s a movie with the same name). We watched the first few episodes of the Clone Wars series, it’s not as good as Star Wars rebels so far, but it’s still nice. And Annakin plays an important role which is a good thing as he’s one of my favourite star wars characters.

My mom had her surgery for her tonsils tuesday, the surgery went well, but after that she did have some pain and was nauseous for a whole day. We will receive the test results monday and then hear if it was just an infection or something worse.

My sister and her cat Mimi are moving out today if everything goes well. They painted their new appartment friday, put the laminate flooring down on saturday and today they are moving the boxes and furniture. I would be happy when all this is over. I want to change some things in the house and I’ve had enough of sitting around boxes and finding stuff from her she still had to pack and then have her complain about the packing. And then almost getting into an argument every time I say something. I think living in seperate houses is going to be good for us. 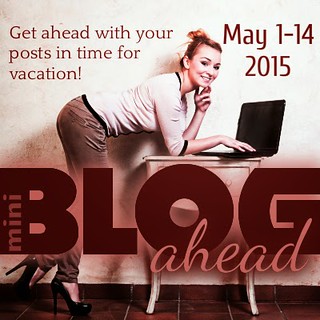 Like I mentioned last week already I am joining the Mini Blog Ahead which takes place in the first two weeks of May. The goal is to end the challenge with 14 more scheduled posts than you started. I am not sure if I am going to make that amount, but even if I only end with a few more scheduled posts than I started it’s more than worth. I am currently around 35 scheduled posts! I’ll share my updates in my sunday post, like I did with Coyer instead of creating a sign-up post. 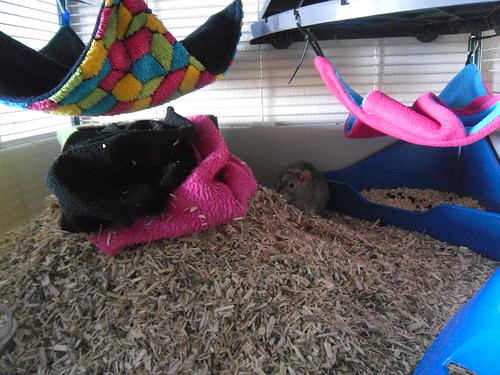 Do you remember how during last week’s Sunday Post I posted a picture of the apple juice box when I just put it in the cage, well here’s a picture of what it looks like a day after it’s been in the cage. I call it mount lots-of-cloth-pieces, for some reason they love heaping all the bedding and pieces of cloth around the box like this. btw that’s Smarties next to the box. Thursday morning I hard Snickers beign busy rearranging the beddign against the box and got her out of cage as she seemed active, then Smarties head poked out beside the pieces of cloth. Snickers was actually burrying Smarties in there O_o. 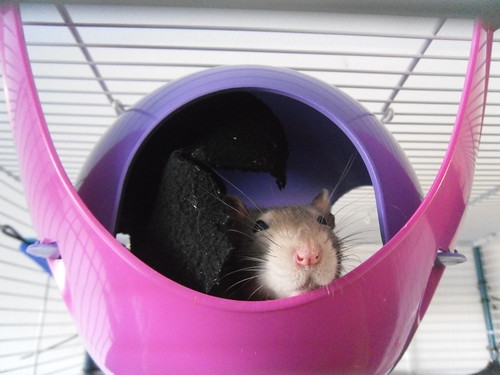 And here’s Snicker in the Sputnik. They love their Sputnik, one of the best toys I ever bought for them next to the Igloo which is from the same brand. Snicka has as nickname “Queen of the Sputnik” as she can be found there often and often sits like this with her head queenly out of surveying the room. It’s adorable.

– Book Blitz: True Calling (True Calling #1) by Siobhan Davis
– Review: Promises Under the Peach Tree (Heartache #1) by Joanne Rock
– Review: Enticed by JA Belfield
– Lola’s Ramblings: What do you Like about your Job?
– Lola’s Kitchen: Carrot Souflé Recipe
– Review: A Moment to Love by Jennifer Faye 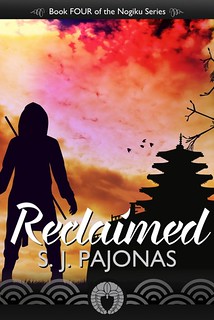 Reclaimed (The Nogiku Series #4)
by S.J. Pajonas
Format: e-copy
Source: for review
You can find Reclaimed on Goodreads

On the road and gaining ground against Fujiwara, Sanaa and her team find the local population hesitant to accept them. Charm and bribes can only get the colonists so far, and no matter what Sanaa does, she is not welcomed amongst the men and women of Yūsei. When Sanaa is denied help again, she reaches out to a Northern clan, the Odas, and bargains for a secret technology that will give her an incredible advantage but comes at a steep price.

Being on the road means leaving Yamato undefended, though, and when enemies strike, they leave everything in chaos. With Sanaa and Jiro sacrificing all their time and effort to keeping their home secure, they both must give up nearly everything to save the colonization, their future together, and reclaim Yūsei for its people.

Family lines collide, secrets are finally spoken, and the freedom of Yūsei is in the hands of one woman determined to find equality and justice for everyone on the planet.

RECLAIMED, Book FOUR of the Nogiku Series, is the FINAL book in a captivating post-apocalyptic romance series that harnesses the cultures and traditions of Japan and sweeps them into the future between Earth and a faraway land. 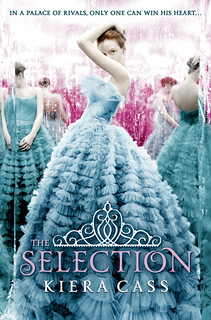 It’s the chance of a lifetime and 17-year-old America Singer should feel lucky. She has been chosen for The Selection, a reality TV lottery in which the special few compete for gorgeous Prince Maxon’s love.

Swept up in a world of elaborate gowns, glittering jewels and decadent feasts, America is living a new and glamorous life. And the prince takes a special interest in her, much to the outrage of the others.

Rivalry within The Selection is fierce and not all of the girls are prepared to play by the rules. But what they don’t know is that America has a secret – one which could throw the whole competition… and change her life forever. 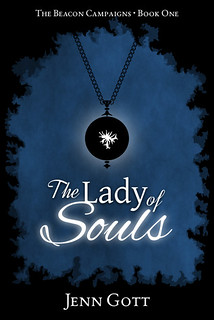 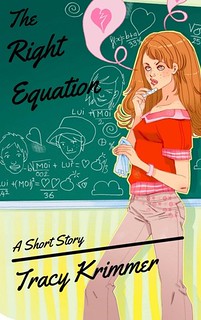 Blurb:
Penny and high school never got along. She attends her fifteen year reunion costume party on Halloween and hopes her high school crush Will shows up. When the lights go out and Will finds her, can their sparks turn the lights back on? This is a short story, approximately 8,600 words.