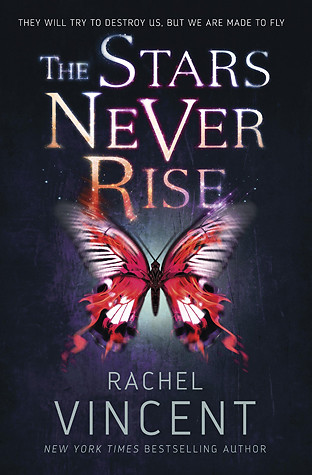 Blurb:
Sixteen-year-old Nina Kane should be worrying about her immortal soul, but she’s too busy trying to actually survive. Her town’s population has been decimated by soul-consuming demons, and souls are in short supply. Watching over her younger sister, Mellie, and scraping together food and money are all that matters. The two of them are a family. They gave up on their deadbeat mom a long time ago.

When Nina discovers that Mellie is keeping a secret that threatens their very existence, she’ll do anything to protect her. Because in New Temperance, sins are prosecuted as crimes by the brutal Church and its army of black-robed exorcists. And Mellie’s sin has put her in serious trouble.

To keep them both alive, Nina will need to trust Finn, a fugitive with deep green eyes who has already saved her life once and who might just be an exorcist. But what kind of exorcist wears a hoodie?

Wanted by the Church and hunted by dark forces, Nina knows she can’t survive on her own. She needs Finn and his group of rogue friends just as much as they need her.

My Review:
Rachel Vincent is one of my favourite authors, so when she has two new series releasing in the same years that’s good news for me. The Stars Never Rise was really good, in some ways it was what I expected, but there also were a lot of surprises. It has a strong plot, a dark and depressing world that was a bit too easy to imagine, some action and lot of revelations. Every time I thought I know how everything worked, we would learn something new and everything changed and was put in a different light. And even though I expected this, it still couldn’t prepare me for the actual twists. I went in without knowing more than the blurb and I think that’s the best way to start this as the surprises and twist and turns are the best then. If you can avoid reading the blurb, go for it, I can imagine it would be even more surprising then.

The first 30% from this book was my favourite part, we get a feel of the world and the harsh reality. It’s a dystopia and we slowly learn just how horrifying this world is. We also see what the main character must do to survive. And while it’s a dark world, it was also fascinating and I wanted to know more. Then there is a scene with the main character and her mom and it was amazing, maybe my favourite scene of the whole book. It was so well written and even though not everything made sense, her mom is telling her a lot of important things in that conversation and Nina her life will never be the same afterwards. Weirdly enough I felt that after that the pace slowed a bit down. We know more and there are more surprises to come, but the big revelation we had already. The event that would change their lives. Later there is at least one more very big revelation and a few smaller ones, but none of them had the same impact as that first one to me.

Nina Kane is a great main character and I quickly got to like her, she lives in a bad world without a mom to care for her and she does her best to keep herself and her sister alive. I really admired her for that, she was willing to do what was necessary to survive. Although I also felt sad for her as she never really had the chance to be a kid or be herself as she had to be strong and responsible one. her sister is more reckless and more openly against the system and I might have liked her even more, but I respected Nina more as keeping those thoughts inside is certainly a better idea if you want to survive. I really liked the bond between the two sisters and seeing how close they were and what Nina would do to keep Melanie safe.

Even though the characters are likeable I also felt like the focus was more on the story. later on we meet new characters and while they are a tight bunch I still felt like we didn’t knew them well. Well enough to form an opinion of them, but not well enough to really know who they are. I liked Grayson, even though at first I kept thinking she was a male as the previous time I encountered that name in a book it was a male. I wasn’t a big fan of Devi, although I am thinking she hides something with her attitude. Reese and Maddock were okay, but got less spotlight as the other ones. Then there is Finn, I lied Finn and I am sure he is a nice guy, but what he is and does left me a bit conflicted. He hurt a lot of people I think even though the focus isn’t on that I still felt a bit sorry for them and it left me feeling a bit conflicted about Finn. It was also a bit weird and I wanted more explanation, but we never got enough in my opinion. I also never got a good idea of what makes him who is. I also thought that while Nina has an issue with it and is shocked at first, she accepted it pretty easily. The romance didn’t fully work for me because of that. And I understand why it developed fast in light of the world, but it felt a bit too fast at the same time. It felt sweet and also weird. Not fully sure how I feel about the romance, but it just didn’t 100% work for me.

Then there is the world building. I thought the world building is done really well. I got a good idea of what the world is like and I could vividly imagine what it looked like. I also thought the mix of post apocalyptic dystopia and paranormal elements were done really well and blended in a way that made sense. Even though the world was done well I still was left with a few questions or things that seemed a bit weird. Like how the demons could posses someone, but didn’t leave and why they didn’t kill their host instead of staying with them while they rot away. or how they were zombie like and went after the exorcists instead of running the other way. I just felt like there were a few gaps there. Also the demons who are degenerates are kinda zombie like, they are even called the horde at some times. There is also a scene towards the end where the main character do something that seemed very risky and the explanation of why they didn’t get caught seemed a bit weird, as it only takes one people to recognize them and these people knew some of them or should’ve recognizes their faces. And there is a pretty horrifying scene towards the end and it somehow seemed to lack the emotional impact on the characters, although that might be because they were used to that. I wasn’t and thought it was pretty horrifying and I felt sad and angry about it, especially because he was innocent. All in all those were some minor issues I had and while this book is really good, I also couldn’t fully love it. It was a great read and I am looking forward to see how this series continues.

To conclude: This book was really good. Filled with action, a good story and lots of revelations. Nina Kane is trying to survive in a harsh world, until her live get’s turned upside down. The fist 30% was my favourite part of the book. I liked the characters, although a few side characters could’ve used some more depth. I especially liked Nina and Melanie and how much Nina did to keep Melanie safe, I liked their bond. The world building was done really well and I got a good feel of how the world looked like. There were a few minor issues involving Finn, the demons and a scene where I felt like it was weird no one recognized them. And I felt like there were a few questions left unanswered and things left unclear, but maybe they will be answered in the next book. All in all I really enjoyed this book, it has an original combination of genres and is well written.

You can buy The Stars Never Rise here:
– Amazon
– B&N
– Kobo
– The Bookdepository

What’s the most original combination of genres you’ve come across in a book?
If you have read this book, let me know what you thought of the Finn twists and the romance!

18 responses to “Review: The Stars Never Rise by Rachel Vincent”