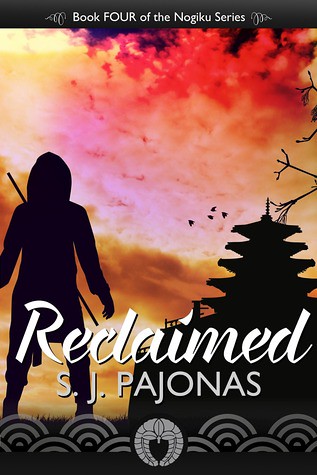 On the road and gaining ground against Fujiwara, Sanaa and her team find the local population hesitant to accept them. Charm and bribes can only get the colonists so far, and no matter what Sanaa does, she is not welcomed amongst the men and women of Yūsei. When Sanaa is denied help again, she reaches out to a Northern clan, the Odas, and bargains for a secret technology that will give her an incredible advantage but comes at a steep price.

Being on the road means leaving Yamato undefended, though, and when enemies strike, they leave everything in chaos. With Sanaa and Jiro sacrificing all their time and effort to keeping their home secure, they both must give up nearly everything to save the colonization, their future together, and reclaim Yūsei for its people.

Family lines collide, secrets are finally spoken, and the freedom of Yūsei is in the hands of one woman determined to find equality and justice for everyone on the planet.

RECLAIMED, Book FOUR of the Nogiku Series, is the FINAL book in a captivating post-apocalyptic romance series that harnesses the cultures and traditions of Japan and sweeps them into the future between Earth and a faraway land.

I love Pajonas her Nogiku series and I was both excited and sad because this book is the last book in this series. I love Pajonas her writing style and the slow pace really fits this story. In Reclaimed Sanaa is trying to find allies, but it isn’t easy. This book really is a struggle for her, Sanaa loses so much and gains only a little, although a few very important things. My favourite aspect of this book were the animals, there’s a twist involving the animals which I loved. It felt a bit like the series took a different direction with that, but there were already some clues in the previous books, I just never had expected this.

One of the things that troubled me a bit in this book was my lack of remembering names and the lack of having a map of the country next to me. I am pretty bad with remembering names and it seems even worse when reading books with lots of side characters, then names all sort of start blurring together and I had a lot of trouble keeping some side characters apart. It didn’t help there are two clan related people who’s name both start with an M and half the time I couldn’t remember who was who just that they belonged to a clan. That was enough to follow the plot, but it felt like I was missing pieces as I read the previous books so long ago. Also there is a map of Yusei and make sure to look it up before you start this book. Halfway I had enough and picked up my copy of book 3 and looked up the map so I could get my bearings. There were some scenes where I lost track of where they are and in my opinion the map is absolutely necessary to keep track of where is whom and how everything is located in comparison to everything else.

This book is a lot about the characters and maybe even more so than the previous books. I actually liked Sanaa less in this book and on the other hand felt really sorry for her. She goes through so much in this book and it was just hard to see her struggle. It was too much at times and I just wish she would get a break as I got tired from her never sleeping or eating well. I just wanted to cook for her and force her to eat as she was breaking her own body. Pajonas also shows how that impacts her and she feels the effect of the bad eating and sleeping, which I was happy with as it was realistic. I’ve read a few books where the characters keep going on even though the should be falling apart, so I was happy that wans’t the cae here. I just felt like it was a bit too much at times, I wanted to have some happy moments as well, but those are rare. There is so much sadness and hardship in her life, it just doesn’t seem fair.

The whole book felt a bit sad, due to Sanaa, but also do to the events that happen. There were some fun scenes, but mostly I just felt bad for Sanaa or sad. She sacrifices so much for this country and her people and she get’s so little back. She sacrificed almost everything she has and the ending felt a bit unsatisfactory as I felt like she still didn’t get the ending she deserved. She was still trapped, but on the other hand I did like how realistic it was, not all her problems are solved in one day. Although it also leaves a few too many open threads, but the main plot get’s resolved. Also a certain scene at the ending felt a bit too easy, it still felt like it went a little too easy and like they didn’t really need the help they were looking for. It just felt a bit silly looking back, that so many of the book focusses on one thing and in the end it seems like it doesn’t matter, ofcourse the characters don’t know that, but it just felt a bit off. And I just missed the emotional bang at the end, but maybe that’s just me. There was an epilogue, but it doesn’t really show us how things are now 3 years later it only shows one individual scene. I guess I just wanted more, to see where things are heading? The ending is very realistic and that’s also one thing I liked, everything isn’t neatly wrapped up and not everyone get’s their happy ending. The ending did fit the story.

The romance always has been one of my favourite aspects of this series and I loved that in this book as well. I felt a bit sad that Jiro didn’t pay more attention to Sanaa at the beginning and didn’t realize what she was going through, but she did hide it well. Their connection is strong and while the romance is pretty on the back burning, there are still some very sweet scenes and I just love this couple. They deserve so much more than what they get from the world. I also like how Jiro keeps standing beside Sanaa, even when everything goes wrong and the odds are stacked against them, he stays at her side. I just loved that and what they have together is so precious.

There are some things added in terms of world building, mostly related to the animals and the new city they visit in this books. It helps build Yusei and gives us a more complete picture of this continent and the people who live here. There was also some focus on how the different people saw Sanaa, her grandfather and Fujiwara. I thought it was great that even the last book in the series still adds new things to the world.

To conclude: I loved this book and it is a good ending, but I just hoped for something more concerning the ending. Sanaa goes through a lot in this book, it’s hard to see at times and she ends up sacrificing so much. I hardly recognize her when I remember her in the first book. This book has a lot of sad events, loses and changes that hit the characters hard. It was a a bit depressing at times, but there were also some happy moments, I just wished for more of those. Sanaa and Jiro their relationship was great and I love how the stand strong together. I just hoped for more for them, they deserve more. I had some trouble remembering who was who at times because it’s been awhile since I read the previous books and made sure you have the map close by when reading this book. There was a twists with the animals that I loved and it added an interesting perspective. All in all I really enjoyed this book, but I had hoped for a happier ending, even though this is a good ending and staying true to the world and realistic at the same time. I just hoped for more for these characters as they deserve more. Most things were too hard, but things at the end seemed a bit too easy. This is a great series and I would recommend it to everyone who loves a good sci-fi book with some romance thrown in that doesn’t take over the plot, but is one of my favourite aspects of the book.

You can add reclaimed to your to-read list on Goodreads

The first book in the Nogiku series is free for a limited time, so make sure to grab your copy for free and start this amazing series! 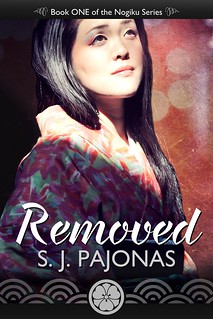 What’s your favourite bookish couple and why?