What happened this week?
This was again a busy and slightly stressful week. There was work, visiting a zoo, Pita’s surgery and some drama concerning our roleplaying group (which luckily is sorted out now).

On Monday my boyfriend and I went to a Zoo with my boyfriend’s parents. We usually go to a zoo called Blijdorp (we went there earlier this year), but my boyfriends parent’s had gotten free tickets for a zoo called Artis which is located in Amsterdam. I visited Artis when I was very little, so I couldn’t remember much about the zoo and thought it would be interesting to visit again. Although we had a fun day the zoo itself was a bit disapointing. We are used to Blijdorp and Artis was much smaller and soem animals where combined in the same cages. Also some of the cages where pretty small and a few animals seemed stressed. I love animals and while I like having the chance to see animals in zoo’s I wouldn’t see otherwise, I always feel so sad for the animals and their bad living conditions.

Thursday was Pita her surgery. She had a tumor that needed to be removed. Luckily her sugery went well and when I came to get her from the vet, she was actively running around the small carrier cage. We’ll keep her seperate from the other two rats until her wound has healed a bit, because when Snicker had her tumor removed about a half year ago the other rats actually tore her stitches, we don’t want to risk that happening with Pita. So now she mostly sits with me the whole days and sleep in the carrier cage next to our bed. She seems to enjoy the extra attention she’s getting.

Beside that I had a new tour that I am organizing with Lola’s Blog Tours. And I announced the winners of my one year anniversary giveaway.

On the blog I’ve been thinking about what I want to do during Sci-Fi month November. It’s a sci-fi themed event I already wrote one Lola’s Ramblings post for it and came up with the other topics I want to write about. I also received contact information from an author whom I am going to interview and I already send him some questions. I am looking for some more sci-fi authors who want to stop by for a guest post or interview during the month. And I probably will come up with soem sci-fi picks for My To-Be Read List meme for November. I won’t be only posting about sci-fi books that month, but I like to try to have the majority of the posts have something to do with sci-fi.

And I ran into a problem with my websites. My hosting provider e-mailed me to let me know I was reaching my maximum limit of cpu usage and physical memory usage. ofcourse I could buy more resources, but first I wanted to look into other options. So I spend a huge chunk of yesterday trying to figure out what cpu usage and physical memory usage is and what i can do to get them down. I deleted some unused plugins and am looking into using another site to upload covers and other images. I realized I always upload all the pictures to my own sites and in the cas eof Lola’s Blog Tours I also use those images for the html media kit, I am asusming that gives extra strain on my website. Ugh wish I realized this earlier. So now I am trying out some image hostign sites to see what works, what their limits are etc. Figuring things like these out is always so tiresome, but I am a afraid they are going to delete my website or get it down if I keep reaching the maximum limit and that thought scares me. I don’t want to lose my websites.

Random Picture(s) of the Week:

Penguins! This picture was taken during our trip to the zoo monday.

What to expect next week on the blog:
– Cover Reveal: Cross Me off Your List by Nikki Godwin
– Book Blast: The Makeover
– Release Day Blitz: Brew by David Estes
– Blog Tour: On the Move by K.V. Flynn – tens list
– Lola’s Ramblings: common themes in dreams
– My To-Be Read List #2: Poll

– Cover Reveal: Cross Me off Your List (Saturn #2) by Nikki Godwin – sign-ups open till 28 September 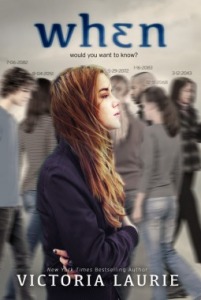 When
by Victoria Laurie
Format: e-copy
Source: for review through Netgalley
You can find When on Goodreads

Maddie Fynn is a shy high school junior, cursed with an eerie intuitive ability: she sees a series of unique digits hovering above the foreheads of each person she encounters. Her earliest memories are marked by these numbers, but it takes her father’s premature death for Maddie and her family to realize that these mysterious digits are actually death dates, and just like birthdays, everyone has one.

Forced by her alcoholic mother to use her ability to make extra money, Maddie identifies the quickly approaching death date of one client’s young son, but because her ability only allows her to see the when and not the how, she’s unable to offer any more insight. When the boy goes missing on that exact date, law enforcement turns to Maddie.

Soon, Maddie is entangled in a homicide investigation, and more young people disappear and are later found murdered. A suspect for the investigation, a target for the murderer, and attracting the attentions of a mysterious young admirer who may be connected to it all, Maddie’s whole existence is about to be turned upside down. Can she right things before it’s too late? 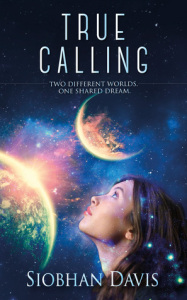