This was a nice week, enough to do, but also time for fun. I worked on two tours that were running this week, sent out some media kits and did a few marketing assistant tasks. We also visited my sister and had dinner there. I received a few more review copies of books I am really excited for, adding to my already long list of books I want to read right now. And the weather has been nice and sunny here and the trees around our apartment building are starting to bloom. I love seeing the trees and flowers start to bloom, it;’s why spring is one of my favourite seasons.

And something cool happened, SJ Pajonas answered one of my questions on her blog. A while ago in her newsletter she asked subscribers to ask her questions and that she might answer them in a blog post. So it was a pleasant surprise when I saw her post this week about how she designs her book covers in which she answered my question. I always find it fascinating to hear the story behind covers and I enjoyed learning more about her cover design process and she even photographed her own rice cooker for one of her covers, how cool is that?

On Wednesday my boyfriend and I visited a nearby city, we had a delicious lunch at a bagel story. My boyfriend had a false vegetarian bagel with hummus and bacon and I had a cinnamon sinner bagel. It was delicious! And after that we walked around a bit in the city and then headed towards my sister her house, on the way there we saw a duck and her little ducklings, they were so adorable! Then we went to my sisters and ate diner there. She cooked Okonomiyaki for us, which is a Japanese recipe that looks similar to a very thick pancake with veggies and other ingredients in it. In this case onion, red bell pepper and tofu. It was fun to visit her and the food was great too! 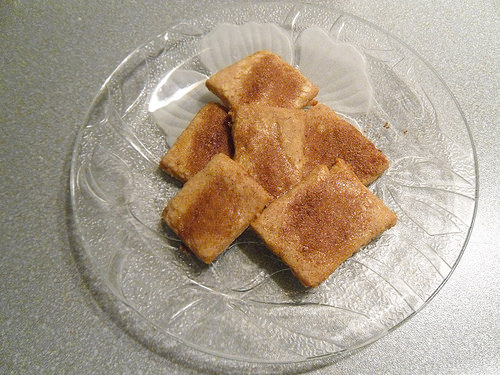 I made these Cinnamon Lemon Cookies for the second time now and also took pictures so I can do a recipe post about them. They are very flat cookies as there goes no baking powder in them. They taste like lemon and cinnamon and it’s a pretty good combination of flavours. 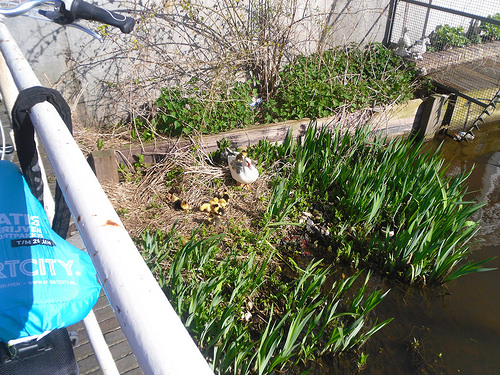 This is the duck and ducklings which we encountered close to my sister her house. It’s not the best picture as we couldn’t get closer without scaring them, but there in the middle on the grass you can see the duck and her ducklings. I think we counted them and there were 9 of them. There was even one who stood on their mother’s back. They were adorable! 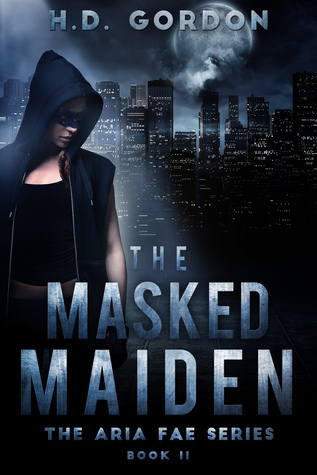 Blurb:
No good deed goes unpunished, and no one understands this better than 17-year-old Aria Fae.

Recently cast out of a secret supernatural organization where she’d spent her entire existence, Halfling Aria Fae is just getting used to her new life in Grant City… Until ghosts from her past start showing up.

A rogue supernatural known as The Scarecrow has escaped his prison, and his history with Aria makes her the crazed Warlock’s obvious target.

With the children of Grant City at stake, Aria knows she must face her past and defeat The Scarecrow once and for all, or die trying.

When things reach their worst, will the citizens of Grant City turn against their newfound young hero, or will the media and city leaders make The Masked Maiden out into a villain, and send Aria running back to her own kind?

I really enjoyed the first book, The Halfling, so excited for this one! Great combination or urban fantasy and superheroes! 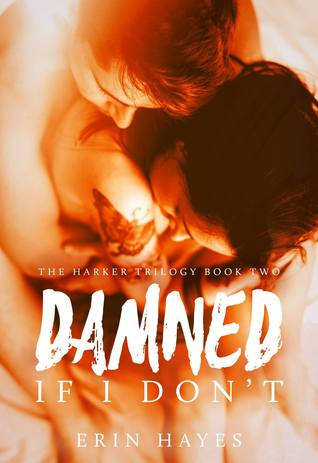 Blurb:
I may be a vampire hunter.
But I’ve single-handedly screwed up big time.

After botching our chance to cure vampirism and the infection that’s killing me, I’m at a loss. My cousin Carl won’t speak to me. The bastard who killed my sister is still alive. And Jude, the amnesiac vampire, says he’s in love with me.

What’s even more shocking is that I love him back.

But the more Jude learns about his past, the more it will tear our relationship and our lives apart. I’m running out of time to find a new successor to become the new Progenitor. Because when I die, it’s game over for all of us.

I really enjoyed all of this author her books so far, even though I haven’t read her latest books yet they are on my have to read soon list. This is a fun vampire series, I enjoyed the first book, so I hope this one is just as good. 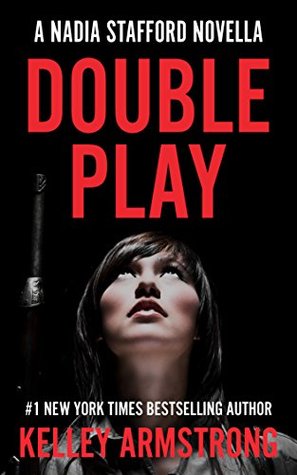 Blurb:
Life is good for lodge owner and sometime hitwoman Nadia Stafford — a couple of dogs, a job she takes satisfaction in and the man she loves at her side as they literally build a home together. It’s as close to normal as a pair of contract killers can get.

Jack knows that sometimes being very, very good at what you do can be very, very bad — for those around him. He’s gone to great lengths to keep his past from catching up with Nadia. He also knows it’s only a matter of time …

Jack is halfway around the world when the trap is triggered. They’re coming for Nadia. And he has no way to warn her.

Note: This is a novella, not a full-length novel.

A new Nadia novella! Gah I am so excited! I love this series so much and it’s amazing to know we get another novella when I thought the series has ended. 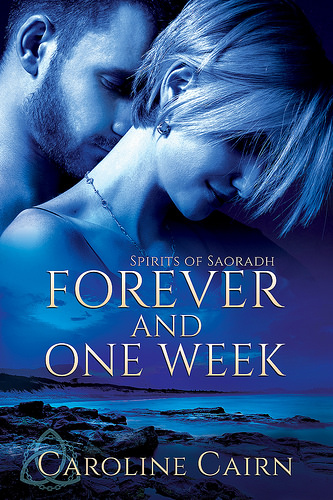 Blurb:
The Spirits of Saoradh, who carry the guilt of a crime they committed when they were alive, now spend their ghostly days in the Void, dark nothingness where time and space are distorted. Until they get bound to a human. As often as needed, that human can call them to the real world, ask them to grant a wish, then send them back to the Void. The Spirits also have to follow strict rules or be punished, unaware that they can earn their redemption through a selfless sacrifice.

The first book in this series Forever Hers was really good, so I am excited for the sequel. Each book features a different couple, but I think there also will be an overarching plot line. Really curious about this one! And I really like the cover for this one.

Blurb:
In the Darkworld, there are no angels.

A betrayal has turned Ash’s entire world upside-down. Struggling to pick up the pieces, the last thing she expects is to receive a plea for help from the demon-hunting sorcerer cult, the Venantium. But signing a deal with the devil may unveil more than the hidden workings of the Venantium – it might also lead to clues about Ash herself, and the false fortune-teller who ruined her life.

However, with sinister plans afoot and her own powers breaking free of her control, Ash is torn between helping the enemy or worse, losing herself to the demon inside…

I read the first two book in this series and really enjoyed them, so I have to catch-up soon and read book 3 and 4!