Another busy week! I finished up the big website project I’ve been working on yay! I set up a new author website for Siobhan Davis, you can see the finished site here. It was a lot of work, but I am really happy with the end result :). I also had two tours running and three others starting next week, which kept me busy.

On thuesday we visited a nearby city so we could finish up christmas shopping. Even though we don’t do presents with my mom this year we bought something small for her and we bought a pressent for my boyfriend his mom, we already did the rest of the shopping online. We had lunch at a shop we always have lunch when we’re in that city, they sell the best Jacketz, big baked potatoes and you can pick your own filling. It was a fun day, but also lots of things went wrong. First we overslept, than a bottle with cola leaked in my boyfriend his bag, our train got delayed and then we had to stand in a way too ful train on the way to the city. We also had to deal with a rude employee in a cute cheese shop where we took a look, but when my boyfriend asked her a question she replied so rudely, we turned around and left. The city was already decorated for christmas and it was fun to walk around, although the christmas market they have eahc year wasn’t done yet, so we didn’t got a chance to visit that.

And I received my first recipe from the recipe exchange thuesday evening. A good blogging friend of mine Sophia got my name and sent me an awesome christmas card and two recipes: Old-fashioned Frog Eye Salad and Maftoul (pasta+eggplant+tomato stew). I haven’t heard of either recipe before and they both soudn great. I can’t wait to give them a try! Thanks so much Sophia!

Then two days later the other recipe from the recipe exchange arrived. This one from a Renee, I am not sure if I know her, but she send a lovely card and one page of paper double printed with lots of different recipes. I do have to search for some ingredients as I am not sure we can find those here, but else I’ll find a substitute. There’s a recipe for peanut butter balls that sounds really good. I haven’t made a picture of that card yet, so I’ll share the picture next week. 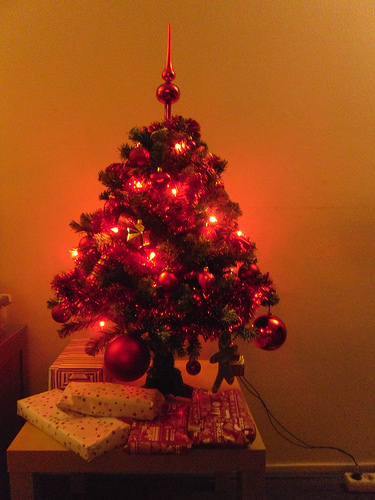 This is our christmas tree, as I mentioned last weekend we set up the tree. By now there are a few mroe pressents underneath it. It’s a fake tree, but the house looks much more festive with the christmas tree set-up and it really get’s me in the mood for christmas 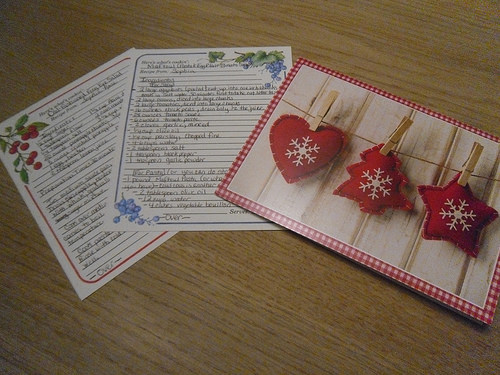 Here’s a picture of the christmas card and recipes I received from Sophia. I realy like the paper she wrote the recipes one, it looks so festive and the recipes are handwritten, how cool is that?

Review Opportunities:
– Son of Set (Descendants of Isis #2) by Kelsey Ketch
– The Cursed Ground by A. Roy King
– 3volve and The Shadow of Loss by Josefina Gutierrez
– Link by Summer Wier
– A Bramble House Christmas by CJ Carmichael
– Maisy and the Mystery Manor by Elizabeth Woodrum
Check the full list of open review opportunities here.

Cover Reveals:
none open for sign-up at the moment

Forever hers (Spirits of Saoradh #1)
by Caroline Cairn
Format: e-copy
Source: for review
You can find Forever hers on Goodreads

Blurb:
Feisty twenty-four year old Holly, or Miss Greedy as her friends call her, receives a wooden cube as a gift from an enigmatic elderly lady who happens to be her mother’s new neighbour in Lossiemouth, a small Scottish fishing town.

What she doesn’t expect, is for the cube to contain Blayne, a Spirit of Saoradh only she can see and touch. Blayne is a playful, headstrong ghost with no recollection of his human past and an ability to grant Holly’s wishes whenever she calls for him — as long as said wishes don’t raise any questions from the public that is. So a shiny new car might be out of the question, but the possibility of a flat stomach, a consistently spotless house or a perfect daily hairstyle more than make up for it.

Through their incessant banter, Holly and Blayne grow closer while fighting against their mutual attraction since they have no possible future together.

But when the painful reality of Blayne’s existence is revealed, Holly will realize that it’s not always the girl who needs to be saved. 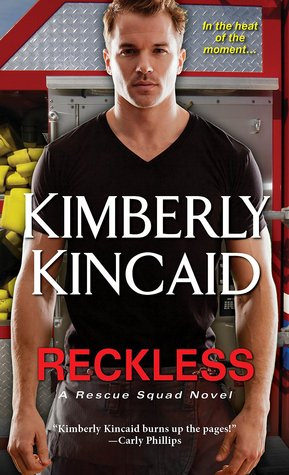 Reckless (Rescue Squad #1)
by Kimberly Kincaid
Format: e-copy
Source: for review through netgalley
You can find Reckless on Goodreads

Blurb:
SOMEONE’S BOUND TO GET BURNED…

Zoe Westin may be a fire captain’s daughter, but feeding the people in her hometown of Fairview is her number one priority. Running a soup kitchen is also the perfect way to prove to her dad that helping people doesn’t always mean risking life and limb. But when she’s saddled with a gorgeous firefighter doing community service after yet another daredevil stunt, the kitchen has never been so hot.

Alex Donovan thrives on adrenaline, and stirring a pot of soup doesn’t exactly qualify. He’s not an expert at following the rules either, not even when they come from the stubborn, sexy daughter of the man who’s not only his boss, but his mentor. Determined to show Zoe that not every risk ends in catastrophe, Alex challenges her both in the kitchen and out. One reckless step leads to another, but will falling for each other be a risk worth taking, or will it just get them burned? 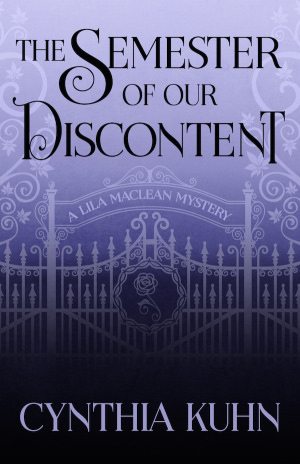 Blurb:
English professor Lila Maclean is thrilled about her new job at prestigious Stonedale University, until she finds one of her colleagues dead. She soon learns that everyone, from the chancellor to the detective working the case, believes Lila—or someone she is protecting—may be responsible for the horrific event, so she assigns herself the task of identifying the killer.