This week has it’s up and downs. I had a few bad days where I missed the rats very badly, but also some good moments. It was a busy week and I worked on some new tours this week and business is going good this week again, so that makes me happy. The slower weeks always get to me, so I am happy to be organizing new tours again. This week 2 new cover reveal and 3 book blitzes went live and I feel like I am back in the work flow again. It did make for some busy days, but the good kind of busy. I also planned an ad for Lola’s Blog Tours on a blog for October, I hadn’t done one in a while and I noticed a blog I visit regulary offered ad space, so I decided to book an ad there.

Friday was my boyfriend his birthday I made cinnamon sugar twisters and brownies for him and got some extra yummy food while grocery shopping. And I bought a game for him on steam. On saturday his parents visited and they had brought corn dogs. They also made some vegetarian ones, which was nice of them. The dough was pretty well done, I always thought corn dogs were cripsy, but the dough was pretty soft. Although I am not a fan of vegatrian saucages in general, they had one type I liked, but I don’t think they sell it anymore. 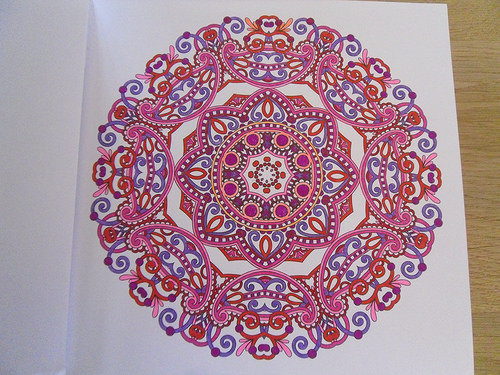 I finished one of the colourings in my new colouring book. It’s the mandala colouring book I got for my birthday last week. I decided to go with red, pink and purple colours for this one and am really happy with the end results. There were a few small mistakes I made when it came to choosing colours at first, so I know to be more carefull with deciding next time, but it still turned out very nice. This one took me about 3-4 hours to colour as the colourings are all pretty large.

This is one of the brand instant noodles I sometimes buy. I sometimes eat them as lunch or as evenign snack when I am hungry. My favourite flavour is this saté flavour. Like the brand name says these are good noodles, they aren’t perfect, but they are affordable and the taste is good. 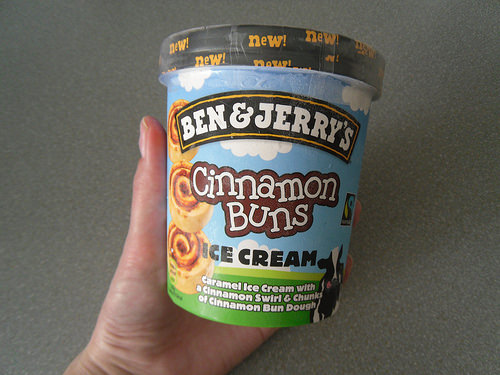 – Review: Destiny Rising (True Calling #3) by Siobhan Davis
– Review: Daemons in the Mist (The Marked Ones #1) by Alicia Kat Vancil
– Lola’s Ramblings: Does it Matter in Which Language you Read a Book?
– Coyer 2015: recap post
– My To-Be Read List #13: poll 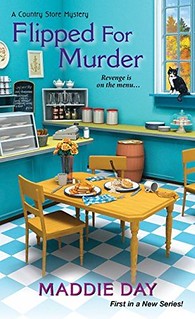 Flipped For Murder
by Maddie Day
Format: e-copy
Source: for review through netgalley
You can find Flipped for Murder on Goodreads