Okay below are are the 3 books on which you can vote this month, all 3 are books I recently acquired and want to read soon. 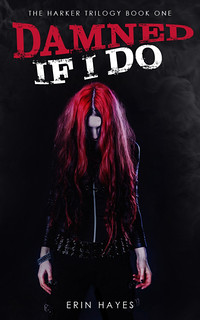 Blurb:
They killed my sister and infected me.
Now I have to pick up the pieces before I die.

I’ve spent the last five months trying to find the bastard who did this. Yet, even with the help of a hot amnesiac vampire named Jude, I’ve had zero luck.

Until now. And it could change everything. Even though I grew up in a family that hunted the supernatural, there were still things I didn’t believe in.

Now I have to hurry for the slim chance that I could save us all. Because when you fight against immortal vampires, you’re the one who’s running out of time. 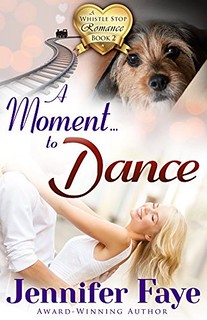 A Moment To Dance: (A Whistle Stop Romance #2)
by Jennifer Faye
Format: e-copy
Source: bought it myself
You can find A Moment to Dance on Goodreads

For Ella Morgan, moving to Whistle Stop is a chance to start over, put her horrific past behind her. But now she’s living in a mountain cabin–in dire need of renovation–that her grandmother left her, along with a sizable tax bill. Her job teaching school isn’t going to cover it. She needs cash, and soon.

Volunteer firefighter Tony Granger has returned to Whistle Stop to run the family ranch and be guardian to his orphaned nephew, Johnny. But being a single parent isn’t coming easy, and he’s worried sick he won’t succeed with his plan to adopt the boy, especially if Johnny’s grades don’t improve. He needs a break, and fast.

When Ella finds out Tony doesn’t have a partner for the Dancing With the Firefighters’ benefit–which is offering a large cash prize–and he hits upon hiring her as Johnny’s tutor, it looks like their problems might be solved. But taking dance lessons to win the competition sets alight a burning attraction between them. Can they let go and learn to trust again, or will the scars of their pasts still haunt them? 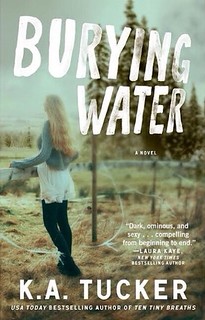