Last week I talked about Why I read english Books. I talked about how I read only dutch books first and when I went to buy Twillight I discovered my bookstore only had english copies and the bookseller convinced me to read the book in english because in her opinion it was better to read a book in the language it was written. So today I want to talk about translated books and if it matters in which language you read a book?

Do I read translated books? 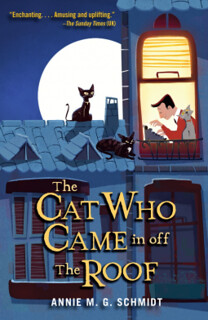 While I used to read a lot of translated books, nowadays I read most books in the original language they were written in, namely english. When I was younger and read dutch books I mostly read books that were translated from english to dutch or even some books from other languages. I also read books were dutch was the original language. At that age I never really thought about it. I could only read dutch books and I went to a bookstore and bought books that got my attention. I never realized which books were originally written in dutch and which were translated. So I didn’t realize most of the fantasy books I read were translated until later. I remember seeing the original title of a book being mentioned on the front pages of the book and only later realized that most books I read were translated. I never really noticed anything weird about those books. Although I can remember one book where a character was named “Opwekking”, which literally translated means Excitation or Animation and I really wonder what her name is in english. That’s the only instance were I can remember being aware that something might have gone a bit wacky with the translation. Beside that I usually didn’t notice I was reading translated books. I also had a time where I read lots of manga’s/ graphic novels which were all translated from japanese and I never really noticed that english wasn’t the original language. Some manga’s still use some japanese symbols and then explain what they mean when they can’t be adequately translated in english. Nowadays I don’t read a lot of translated books anymore.
Those who wonder about the picture of the book to the side, that’s a book I read in dutch and actually noticed it got translated in english, as far as I know that doesn’t happen often with dutch books. I came across this book on netgalley and thought I would include it in this post. I read the book in dutch wheni was younger and really enjoyed it.

What’s different in a translated book?

Does it matter if you read a book in the original language?

So the weird thing when looking back as how I switched from reading dutch to english books and when looking at my reasons for reading english books is that the reason that employee in the bookstore used to convince me to read Twillight in english isn’t among the reasons why I read english books. That employee made it sound like a big deal to read a book in the language it’s originally written. I am not sure if it is, I have never read a book in both languages. I have read Harry Potter and the Wheel of Time series in dutch, but never in english. Once I started reading books in english I read books in english only and not in dutch. So I can’t really compare the two. I do think that if you can read the book in the original language that’s great, but if you can’t does it really matter if you read a translated book instead? I think translated books can open a book to a new audience and I think it’s great that so many books get translated into another language.

Then when I look at my mom and grandma and how they can read Twillight, The Hunger Games, Maria v Snyder her study series and Divergent in dutch, I think it’s awesome they can. So they have to wait years before those books are translated and the selection of books to choose from is smaller as not all books get translated, but they can read those books. While they couldn’t if they were only available in english. Having those books get translated gives them the chance to read those stories and I think that’s wonderfull. Does it matter to them that it isn’t the language it’s originally written in? I don’t think they notice as they have nothing to compare it with. Same for me, I don’t read books in both languages and thus can’t compare.

Most people can and/ or will only read a book in one language. I made the decision to read only english books, my mom and grandma can only read dutch books. We can read the same story and we might experience it slightly different, but I am not sure if it matters. I think enjoying a book is more about the story, and what’s inside the book. Maybe the language differes when you tranlate it and the writing style might get lost a bit. I think that’s the part that bothers me the most, how a writing style would feel different in another language and I think that’s the hardest thing to translate. Or how the names of characetrs get’s translated. I remember having trouble with the Harry Potter movies when I watched them in english as everyone was called differently in english. Harry and Ron were the same, only pronounced differently, but the rest are called differently in dutch. Professor Dumbledore, is “Professor Perkamentus”, Hermione is “Hermelien” etc. Those translated names aren’t done badly, but it’s still weird how they are called differently. So all in all I feel like I can’t really form an opinion on this topic yet. I am not sure if it matter if you read a book in the language it was originally written as I have only read books in one language. I still plan to re-read Harry Potter in english once and I am curious if I have something more to say about this topic then.

32 responses to “Lola’s Ramblings: Does it matter in which language you read a book?”