As most of you know I live in the Netherlands, my mother language is dutch and I read almost exclusively english books. One day I realized what an unique perspective this gave me and that it would be an interesting topic to talk about and explain why I only read english books and not dutch ones. How one day that changed and why I decided to keep reading english books. 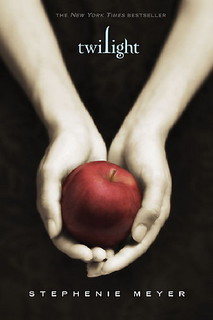 In case that picture didn’t give it all away already, yes it was Twillight that caused me to switch from dutch to english books. It’s happened years ago, I think it was in my first year of uni. Back then I had a part time job on saturdays at the bread deparment of a grocery story. I loved to read. I had lots of trouble with english in high school, but I was slightly better at it than german and french, I am horrible at learning new languages. Then one day during lunch break during my work I sat in the lunch room for emplyees and I saw some girl reading a book, it was called Twillight. It looked like a nice book, I based that only on the cover and seeing that girl read it. Soon after that I made a trip to my local bookstore to buy it.

And guess what? They only had the english version of the book and were out of dutch copies at the moment. Before that I only tried reading a fantasy book in english and didn’t understand much of it. I talked with the lady who worked in the bookstore and she advised me to just give it a try in english and that it was worth to read it in the language it was originally written in and that would make it better. I am not sure how I feel about that statement now, but back then I bought it and decided to read the book in english. And even though my english wasn’t that good, I could read the book and I loved it. I bought the rest of the series in english as well and never picked up a dutch book again after that. Okay that’s not completely true, some of my uni books were in dutch and I bought a few non-fiction books about job interviews and some other random topics. But once I realized I could read english books it was like a world of new possibilities had opened for me and I only read english fiction books from then on. I never looked back.

So dutch bookstores here don’t have as big an assortment of english books as dutch books, if you are lucky they have a small section of english books. Eventually I realized you could order english books online and realized they were even cheaper there. So yeah Twillight changed my life, I loved that book. Not only did it make me realize that I could read english books, I also found out which books I wanted to be reading. Up till then I mostly read high fantasy books and while I liked them, I didn’t love those books. I loved Twillight and I knew that book had something that was missing in those high fantasy books, romance drama, character depth and I wanted that in my books.

Once I went to uni my english vastly improved in the first year as all my study books were in english. I had to look up a lot of words that first year and always had a translation dictionary close by. But after that first year my english was pretty good and would only get better. Nowadays it hardly happens I have to look up a word and I can read english as well as dutch. I often don’t even consciously realize which langauage I am reading or talking or thinking in. I can switch in the middle of a sentence or throw random english words in my dutch language. Talking/ writing in only english goes a lot better than in only dutch for some reason. I have gotten quite some blanks stares from my mom when I used an english word in the middle of your conversation. I slip in english sometimes as well, but less often. It’s like my brain only makes the distinction between languages I can understand and read fluently and those I can’t.

Why do I read English books? 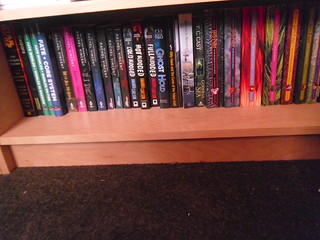 28 responses to “Lola’s Ramblings: Why I Read English Books”