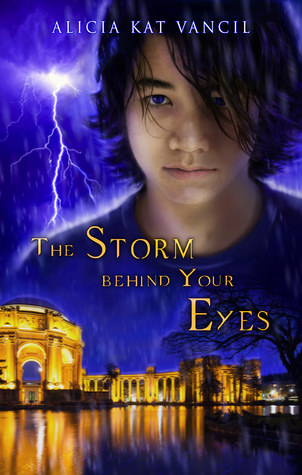 Blurb:
No matter how far you run you can never escape your past.

We all make sacrifices. Some we make without thinking. And others that cut our hearts to pieces with every breath we take. For Travis Centrina, this is one of those sacrifices. Because when he was given back the one thing he thought he could never have again—the little brother he thought was dead—he didn’t realize his wish would come at a such heavy price.

Travis has been in love with his best friend Arius Nualla Galathea practically all his life. There’s just one problem—she’s about to marry his little brother Patrick. And so to ensure the happiness of the two people he loves most, he’s about to smash his own heart to tiny bits.

However, as Travis tries desperately to sweep the fragments of his broken heart into a dark prison of his own making, he begins to realize that not everything with Patrick is as it should be. That the fifteen years that separated them still holds a lot of unanswered questions…and secrets. Because when it comes to the Kakodemoss—the shadowy terrorist organization of Kakodaemons—secrets always come with deadly consequences.

Packed full of danger, emotionally disastrous choices, and heartbreaking rawness, The Storm behind Your Eyes, the second book in the Marked Ones Trilogy, is sure to mesmerize readers.

My Review:
I started this one right after I finished the first book, it’s nice when you find a new author and realize the whole series is released already and you can binge read the whole series in a row. The Storm Behind Your Eyes starts shortly after the end of the first book, this one focusses on Patrick getting used to now being a daemon and Travis is having a hard time knowing Nualla can never be his. There’s a lot of foreshadowing and then at the end it all comes together and it’s fast paced rushing towards the ending. I liked how almost from the beginning I knew something was up with Patrick, but there are only small hints and only at the end it starts making sense. I like this author her writing style. Overall this was an enjoyable book and I had a hard time putting it down. There’s so much going, lots of plot lines form the first book that are build upon and slowly mroe is unveiled. It was very well written.

I liked this book a little bit less than the first book in the series, but it’s still a good book. Why I liked this less? One of the reasons is that this book is told from three different point of views and while having Travis his point of view added to the mix can be nice, I also felt the focus on the love triangle was a bit awkward. I am not even sure if love triangle is the right word. As one the one hand we know he doesn’t has a chance and there’s not really a competition, but he is pinning for a girl he can’t have and at the same time I feel like this book is more about Travis and Nualla than Patrick and Nualla and then there is Parker and it’s just a bit messed up. I couldn’t really wrap my head around and determine whether I liked the extra point of view or not.

The second issue I had with this book is the issue of a few unresolved plot lines. The pace is very well done, a bit on the slow side, but it really works. There are some hints and foreshadowing and then at about 70% things start happening and things speed up towards an almost rushed pace. There’s hardly time to accept the first revelation before the other hits and it felt like those scenes and plot lines could’ve used a bit more elaboration. Then there are questions that I keep asking, but no one else does until it is too late and even then they are just working with what’s left instead of asking who and why. And the whole plot line with the past and what happened and how it impacts it now was just way too underdeveloped. It’s a bit confusing most of the time and then they remember and then not anymore and it was just a bit rushed. I kinda liked the plot line, but wished there was more to it, more explanation about it all as it was a bit too confusing now. I hope we will get those explanations in the third book, so I don’t mind waiting if that’s the case.

There’s a huge cast of characters and at times it was hard to remember who was who. Some fall more to the background in this book and some play a bit of a bigger role, but still not enough. I do think it’s well doen with how many characetrs there are involved and most are interetsing, but I just wanted to see more of them. When Nualla her sister popped up again I had almost forgotten about her and it felt like the author wanted to give her some storyline as well, but it just popped up in a few scenes and then whole chapters we didn’t hear anything about her. There’s not enough page time for each individual side character, which them all side characters feel like they played a minor part, but it’s more that there are lots of side characters who are each in a few scenes. Then Parker suddenly pops up and we see things from Nualla her point of view that Travis doesn’t see and it’s just weird. It also was a bit harder to keep the different point of views separate, maybe because there are more now and the voices don’t differ that much. They all have a similar voice and as Nualla is in both their point of views it could get tricky remembering who’s pov it was in a few scenes.

The story focusses a lot of the three main characters now and we basically have three stories going, so I guess it makes sense there’s less room for the side characters. I liked to see how Patrick was dealing with the change, although I did wonder why he didn’t tell the others what he was going through. I also liked seeing Patricks and Travis getting some brotherly bonding time. It was nice to see more of Travis, his character got a lot more depth and attention in this book, but I wasn’t a fan of the love triangle. There is a fun side plot involving Connor and I liked how he handled things, although I was a bit sad he wasn’t in the story more.

There isn’t as much focus on the romance as in the first book, where the first book was more about Patrick and Nualla, this one is more about them and Travis and there are quite some scenes about Travis and Nualla together and it just left a bit of a bad taste as in my opinion Travis missed his chance and I didn’t like how it sort of seemed the build on the love triangle now while the battle was already won. There is also another love interest for Travis and while I liked her I felt like I never really could focus on her as she wasn’t around enough and Travis still only could think of Nualla.

When it comes to world building, we only slowly get pieces. No one tells Patrick anything and he has to figure things out for himself, sometimes it was hard to know what exactly is different now that he is a daemon. There’s also a conversation about how they appear human that made me think that they didn’t look all that different except for the horns and how the explanation about their cover and the sun didn’t make much sense. Then there is a bit about the evil guys, but we never really hear much about them and their plots, we do get a nice chunk of info towards the end, but there’s still so much that doesn’t get explained, like the why. So they are more the mysterious evil guys here. I wonder if that changes in the last book.

To conclude: The Storm Behind Your Eyes is a nice sequel. It kept my attention and I enjoyed this book. I liked all the foreshadowing and how towards the end the pace picks up and pieces fall on their place. I only wish things had slowed down a bit at the end, it felt like a few scenes could’ve used a bit more elaboration. I also wasn’t a fan of the love triangle, but I am not 100% sure why. It was just weird how Travis and Patrick were both in love with the same girl, while they are brothers and Nualla is marrying Patrick. The romance between Patrick and Nualla has less focus in this book as we suddenly have three point of views now. We have Travis as a main character as well and there are a lot of Travis and Nualla scenes as well. I had some trouble remember who was who and felt like the side characters took a bit too much of a back seat, especially with the large cast of characters. Some plot lines with them are set up and then we don’t hear about them for a while. We only get a few pieces of world building as no one tells Patrick anything about the change. We do learn a bit more about the evil guys, but they are still too mysterious. I still have a lot of questions remaining, so I can’t wait to start the third books right away and hope that answers everything.

Other books I read and reviewed by this author:
– Alicia Kat Vancil – Daemons in the Mist (The Marked Ones #1) – 4 stars

12 responses to “Review: The Storm Behind Your Eyes by Alicia Kat Vancil”