Whew what a week! It was a busy and exciting week! On monday I launched my new feature Lola’s Advice. I was so excited and nervous, but so far everyone seems to like the feature and I got some great comments from both bloggers and authors. It definitely sparked some great conversations! I also made a new page called Author Tips, where I’ll be listing links to all my Lola’s Advice posts.

And I won two giveaways this week! It seems like I had a lucky streak with winning giveaways. I won a handmade bookmarks in a giveaway from Tonyalee at LilyBloomBooks! I can’t wait till it arrives and I get to see how it looks in real life!
And then later in the week I won a 5$ amazon gift card as part of the 2015 new release challenge wrap up thanks to Lexie at Unconventional Book Views and Stormi at Books, Movies, Reviews, Oh My. And I am exicted to be participating in their awesome challenge for new releases again this year!

And I got way too many new books this week and then ofcourse went to netgalley and requested a few more. I just can’t resist all those awesome sounding books. 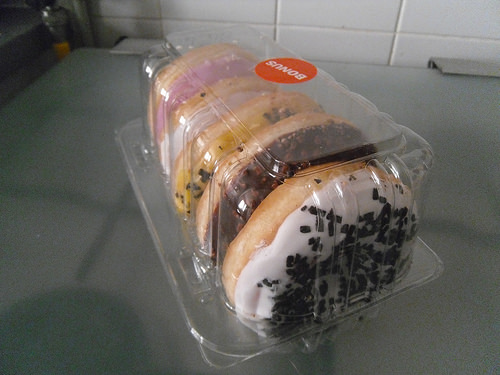 The donuts where discounted this week. I couldn’t resist grabbing a box. The yellow banana flavoured donut is my favourite of these 5, so I ate that one first, but I like the other flavours too and the whole box is gone already. What’s your favourite donut flavour? 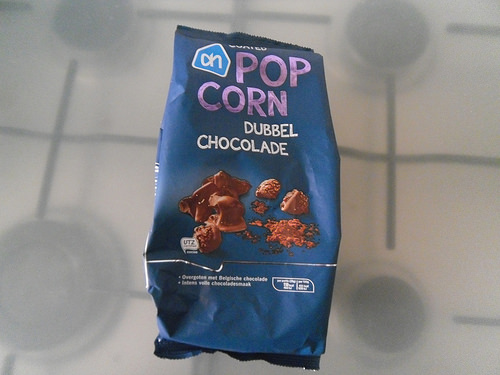 I just had to buy this for my boyfriend as he likes trying out new chips flavours. And chocolate flavoured pop corn, that just sounded so weird and original. My boyfriend really liked them and alreadye ate the whole bag. I thought the flavour combination was a bit weird, but they tasted okay. What are some weird pop corn flavours you have where you live?

– Lola’s Advice: How to get more Reviews for your Book
– Review: Thief of Lies (Library Jumper #1) by Brenda Drake
– Lola’s Ramblings: Ten New Releases I Want to Read in 2016
– Lola’s Kitchen: Recommend me a Recipe!
– My To-Be Read List #17: chosen book 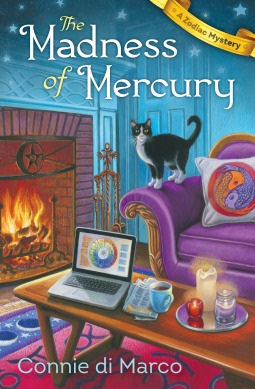 Blurb:
San Francisco astrologer Julia Bonatti’s life is turned upside down when she becomes the target of the city’s newest cult leader, Reverend Roy of the Prophet’s Tabernacle. Driven out of her apartment in the midst of a disastrous Mercury retrograde period, she takes shelter with a client who’s caring for two elderly aunts. One aunt appears stricken with dementia and the other has fallen under the spell of the Reverend Roy. To add to the confusion, a young man claiming to be a long lost nephew arrives. The longer he stays, the more dangerous things become. Is the young man truly a member of the family? Can astrology confirm that? Julia’s not sure, but one thing she does know is that Mercury wasn’t merely the messenger of the gods—he was a trickster and a liar as well. 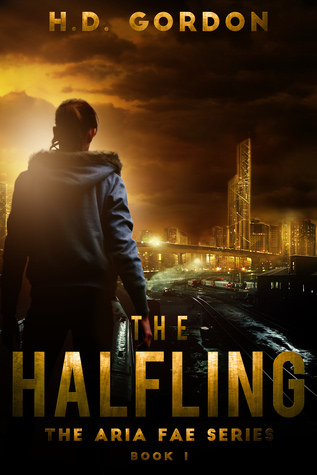 The Halfling (The Aria Fae Series, Book 1)
by H.D. Gordon
Format: e-copy
Source: for review
You can find The Halfling on Goodreads

When Aria Fae gets casted out of the Peace Brokers, a secret supernatural organization that’s trained her since infancy, and is left to fend for herself in the human world, she finds herself in Grant City, intent on attempting a normal human life. 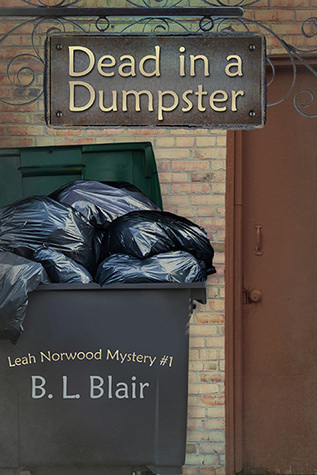 Blurb:
When Leah Norwood finds the body of Isabel Meeks in the dumpster behind her store, she can’t believe the police consider her a suspect. Sure, she didn’t liked Isabel, but then again, neither did anyone else. Isabel had a condescending attitude and a bad reputation. As manager of the antique store, Patina, she had made a lot of enemies. There is Patina’s assistant manager, the handsome and charming Trent. Isabel was blackmailing him. There is Patina’s owner, the aloof and influential Anthony Thorpe. Isabel was smuggling drugs through his store. And there is the entire drug dealing Cantono family. Isabel had lost a box containing heroin from one of their shipments. That is just to name a few and didn’t even include the stranger who was seen arguing with Isabel just hours before her death. The police have too many suspects and too many soft alibis. Leah needs to prove to the sexy new chief of police that she had nothing to do with Isabel’s death. Leah loves a good mystery. Can she find the killer before the police arrest her for murder? 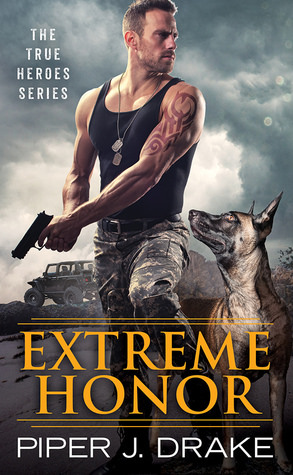 David Cruz is good at two things: war and training dogs. The ex-soldier’s toughest case is Atlas, a Belgian Malinois whose handler died in combat. Nobody at Hope’s Crossing kennel can break through the animal’s grief. That is, until dog whisperer Evelyn Jones walks into the facility . . . and into Atlas’s heart. David hates to admit that the curvy blonde’s mesmerizing effect isn’t limited to canines. But when Lyn’s work with Atlas puts her in danger, David will do anything to protect her.

Lyn realizes that David’s own battle scars make him uniquely qualified for his job as a trainer. Tough as nails yet gentle when it counts, he’s gotten closer to Atlas than anyone else—and he’s willing to put his hard-wired suspicion aside to let her do the same. But someone desperate enough to kill doesn’t want Lyn working with Atlas. Now only teamwork, trust, and courage can save two troubled hearts and the dog who loves them both . . . 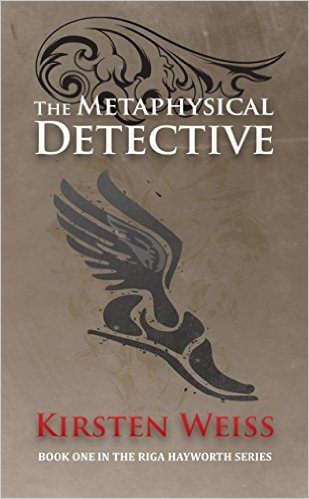 Blurb:
When Riga Hayworth finds her new client, Helen Baro, dead, she smells a set up of metaphysical proportions. Now, to find a killer, Riga must travel from San Francisco to the underworld – and make it back alive…

Helen believes her husband is trying to kill her. One problem: Helen’s husband died in a car crash last year. Riga isn’t sure what to think. Is Helen mad? Is someone else trying to harm the woman? Or is this really a case of attempted murder from beyond the grave? But then Helen is found dead, leaving a strange haiku and tarot for a clue, and Riga is hurled into an investigation that threatens the detective and those she loves.

A noir paranormal mystery based in the San Francisco Bay Area, the Metaphysical Detective explores the power of the archetypes through the double lens of tarot and Greek mythology. 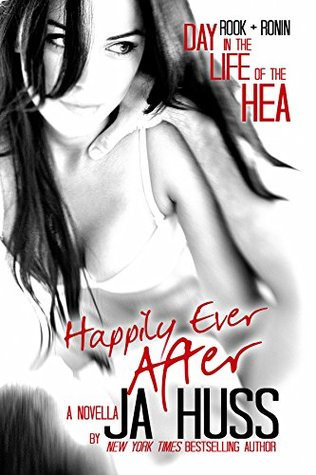 Blurb:
Life in Rook & Ronin’s world has been bliss for fifteen years. Rook, Veronica, and Ashleigh are still BFF’s raising their kids together. Ronin, Spencer, and Ford have managed to go legit and stay out of trouble. And they have a pack of kids running around the eight thousand square foot Vail mansion they all share for the holidays–begging for gifts, and fun, and love.

But every HEA has problems.

Five is fifteen and getting ready to go off to college. He’s put it off as long as he could in order to stay close to Princess Shrike, but his stay of execution is over and in three weeks he’s off to Oxford. But Five can’t leave until he gets the only thing he’s ever wanted. The heart of his Princess.

Ford and Ashleigh never had any more children after Five. And now that Kate is sixteen, Ashleigh is out of her head with desire for just one more chance to have a baby in the house.

Rook and Ronin have two beautiful daughters, but Sparrow is growing up too. And she just got a job offer that has Ronin crazed with paternal worry.

And Spencer is the father of a fifteen-year-old princess who looks way too much like her Bombshell mother for his comfort level.