This was another good week. I didn’t have as much work though, so that got me down a bit, I always get a bit down during the less busy weeks. I did work on rewording the service page on Lola’s Blog Tours and changed some other minor things. I filled up my extra free time by baking pumpkin cookies, doing some blogging, more blog commenting on other blogs than normal weeks and I even got some colouring and gaming in. My boyfriend got a new game that we can play with local co-op, it’s called cript of the necrodancer where you have to move on the beat of the music and kill enemies. It’s so addictive and a lot of fun. I also placed an order to an asian supermarket close by as we were almost out of soy sauce and I wanted to buy japanese curry paste as well and they had free shipping costs this week.

And I added an extra menu item to the menu bar on Lola’s Reviews so that it links directly to Lola’s Blog Tours. I saw it on a few other sites and planned to eventually figure out how to do it, but it wasn’t really a priority so I didn’t look into it yet, but as I had some extra free time this week I thought why not try to figure out how to do that. A short google search later and I had the answer. In your wordpress dashboard at menu you can add something called custom links. Just add the name and the link and add it your custom menu. 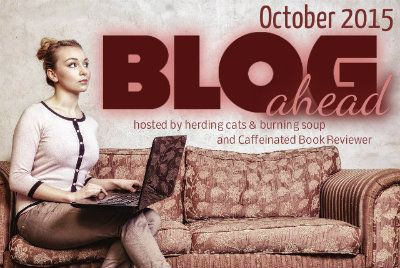 I started this challenge with 33 posts scheduled. I hope to end with at least 40. I got quite some posts written for october, 2 reviews, the my to-be-read list post for this week and two cover reveals for later this month. I still got a few more open spot for reviews this month, before I can start working on reviews for next month. I also planned some Lola’s Kitchen posts for december. And I actually got some post for November and later written as well.

Total amount of posts written for this challenge: 5 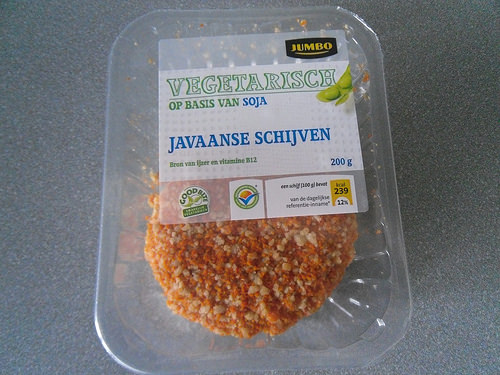 One of my favourite veggie burgers! Losely translated these are calles Javanese Snitzels. They are flavourfull and even better with a bit of salt and pepper on them. I often eat them when we eat something like mashes potatoes or as dinner with some baked red bell pepper and onion on bread. What’s your favourite meaty or veggie burger? 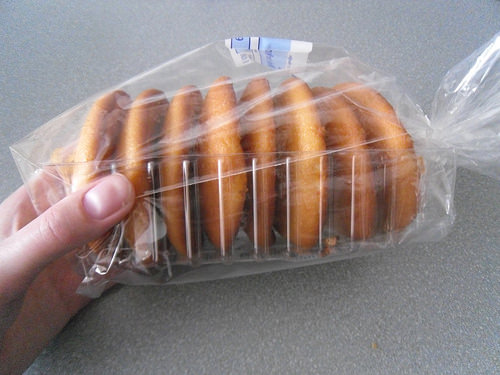 One of my favourite evening snacks lately, these are called “Eierkoeken” in dutch. Literally translated egg cookies, which isn’t completely what they are, they are very soft and fluffy, almost like cake, but with more eggs I think. They are yummy and fill quite well too. 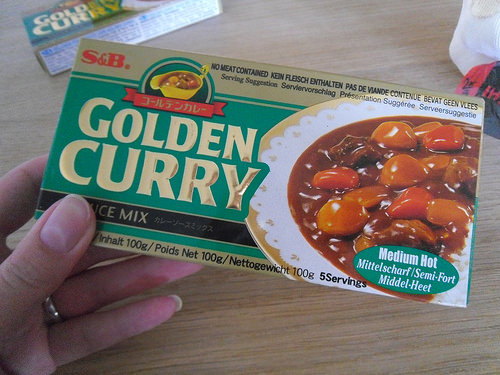 And the curry packages I ordered arrived. I am going to make japanese curry with these next week after my failed attempt last time to make the curry paste from scratch I decided to just buy a package and make it that way.

– Spooc-tacular Event
– Review: A Spark of Justice by J.D. Hawkins
– Review: Echoes by Laura Tisdall
– Lola’s Ramblings: What Characters Do you like to Read About?
– Lola’s Kitchen: Cooking Disasters
– My To-Be Read List #14: chosen book 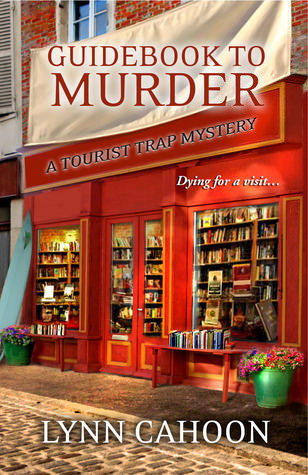 Blurb:
In the gentle coastal town of South Cove, California, all Jill Gardner wants is to keep her store–Coffee, Books, and More–open and running. So why is she caught up in the business of murder?

When Jill’s elderly friend, Miss Emily, calls in a fit of pique, she already knows the city council is trying to force Emily to sell her dilapidated old house. But Emily’s gumption goes for naught when she dies unexpectedly and leaves the house to Jill–along with all of her problems. . .and her enemies. Convinced her friend was murdered, Jill is finding the list of suspects longer than the list of repairs needed on the house. But Jill is determined to uncover the culprit–especially if it gets her closer to South Cove’s finest, Detective Greg King. Problem is, the killer knows she’s on the case–and is determined to close the book on Jill permanently. . . 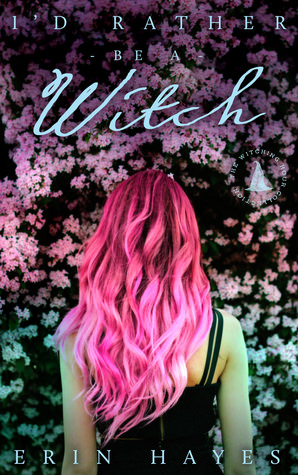 After making a reckless choice that destroyed her life and the life of her high school sweetheart, Jordyn fled her small town to be a professional mermaid. Being around water suppresses her earth-based magic, something she desperately needs.

Yet Jordyn can’t suppress who she really is – a witch.

When she learns that her mother is dying of cancer, she returns home. But it isn’t until people end up dead and everyone points fingers that she realizes her past is coming back to haunt her. Because her ex-boyfriend Zach has been waiting for her. And he hasn’t forgotten how she brought him back to life that night three years ago.

** I’d Rather be a Witch is a tie-in with How to be a Mermaid. It uses some of the same characters and can be read as a standalone or a complement to it. ** 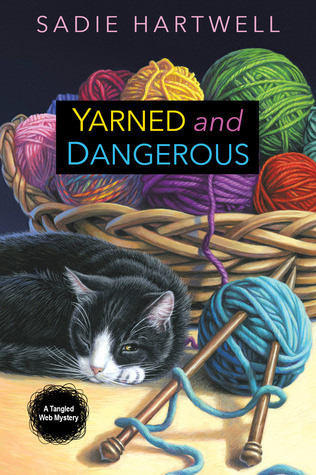 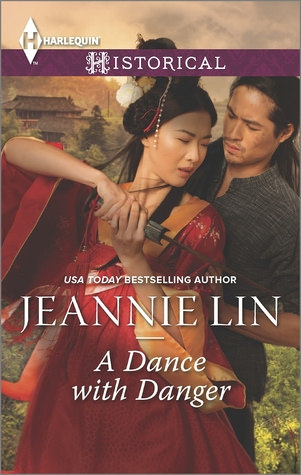 Blurb:
A promise sworn on the edge of a sword…

After a failed assassination attempt on a corrupt general, Bao Yang is a wanted man. Taking refuge with an ally, Yang accidentally compromises the man’s daughter when they’re discovered alone. To save her honor, he must marry the beautiful Jin-mei immediately!

In Yang’s arms, Jin-mei feels alive for the first time. She’s determined not to lose him, even if it means joining his perilous mission… But when she realizes just how destructive Yang’s path could be, can she convince him that their life together could be so much sweeter than revenge? 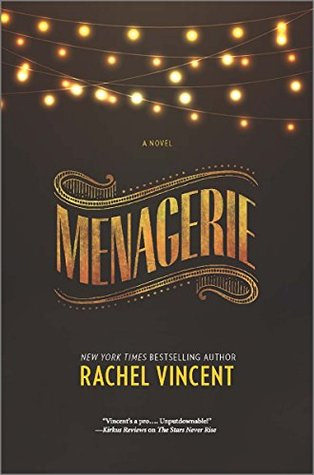 Menagerie (Menagerie #1)
by Rachel Vincent
Format: hardcopy
Source: bought it myself
You can find Menagerie on Goodreads

Blurb:
When Delilah Marlow visits a famous traveling carnival, Metzger’s Menagerie, she is an ordinary woman in a not-quite-ordinary world. But under the macabre circus black-top, she discovers a fierce, sharp-clawed creature lurking just beneath her human veneer. Captured and put on exhibition, Delilah in her black swan burlesque costume is stripped of her worldly possessions, including her own name, as she’s forced to “perform” in town after town.

But there is breathtaking beauty behind the seamy and grotesque reality of the carnival. Gallagher, her handler, is as kind as he is cryptic and strong. The other “attractions”—mermaids, minotaurs, gryphons and kelpies—are strange, yes, but they share a bond forged by the brutal realities of captivity. And as Delilah struggles for her freedom, and for her fellow menagerie, she’ll discover a strength and a purpose she never knew existed.