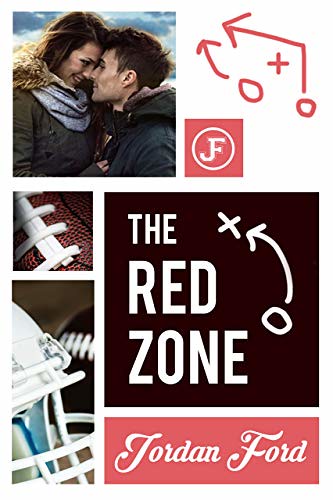 Blurb:
He’s never wanted a girl more, but she’s not the type to fall for a star quarterback. Can the popular jock win over this feisty new exchange student?

Mack is hot, popular and used to getting exactly what he wants…until he sets his sights on the new exchange student from New Zealand. He’s never been one for love at first sight, but this chick has him feeling things he never knew existed within him, and in spite of her feisty rejections, he’s determined to get to know her.

Kaija did not escape her New Zealand high school only to be dragged into the popular crowd at Nelson High. She’s on the run from a past she wants to forget, and the attention of the gorgeous quarterback is not helping.

Can she resist his pulling power and keep her secret safe? Or will the dynamic football captain unearth the truth and make her fall harder than she ever has before?

If you’re a fan of simmering romance, youthful pranks and a dash of mystery, then you’ll love this YA contemporary sports romance.

I enjoyed the first book in this series and when I was in the mood for a romance book by an author I already knew, I knew this was a great time to pick up The Red Zone. The Red Zone is a sweet romantic read that packs an emotional punch later in the book as well. I loved the message of finding yourself, figuring out what you want to do with your life and forging your own path. Mack and Kaija made for a great couple and I really enjoyed reading their story.

The Red Zone is told from dual point of views of both Mack and Kaija. Both were interesting characters and I enjoyed reading about them. I also liked how neither is quite what you expect at first. Mack is the captain of the high school’s football team, he likes making out with lots of different girls and never gets serious about any of them until he meets Kaija. Then he turns really sweet and caring and totally dedicated to her. I also thought his struggles with living up to his dad’s good name in football as well as trying to figure out what he wanted made him an interesting character. Kaija is the type of girl who usually is part of the popular girls group, but she’s trying not to here. She escaped from New Zealand after something that happened and is trying to start anew. She tries to brush Mack off and not get closer, but eventually falls for him anyway. She is easy to like, but once you learn what happened in her past it makes a lot more sense why she acts the way she does.

I really liked the story’s focus on two characters who have to find themselves and figure out what they want from life and who they want to be. I think this is something a lot of teens deal with and I thought this struggle was very realistically written. I also thought it was interesting they have a bit of love at first sight thing going on and the way it was written here worked for me. And even though they have that instant connection they build on it throughout the book. I liked seeing them grow closer and open up to the other. I also really liked the conclusion of this book and how they reconcile.

I was a bit saddened by the bit of drama toward the end, but I did feel what happened had to happen for them both to find their way. There are also some hard parts to read when it becomes clear what happened in Kaija’s past and I struggled to reconcile that with the person she is now. I did like to see how the events changed Kaija and made her realize what’s really important.

As this is book 2 in the series I was hoping to see more of Tori and Colt from book 1 and I was happy to say there was quite a bit of them in here. I really liked seeing them as a couple. And it was fun to see Colt and Tori now from Mack and Kaija’s point of view. There’s also a bit of set up toward the end and hint of who the next couple will be and I look forward to reading book 3.

To summarize: I really enjoyed this second book in the Nelson High Raiders series. I might’ve enjoyed this one even more than the first one. Both characters go through some change and have to figure out who they want to be and how to live their life. I liked both Mack and Kaija and enjoyed gettign to know them better. They made for a great couple and I really felt their connection. There is a bit of an emotional punch to this book when the truth to Kaija’s past comes to light, but it was great to see how the event changed her and she became a better person. I also thought reading about Mack’s struggles about his career was interesting. It was great to see more of the couple from book 1 and see them together, it was great to see the characters from this book interact with them. All in all this is definitely a great YA romance series to pick up if you like this genre.

3 responses to “Review: The Red Zone by Jordan Ford”