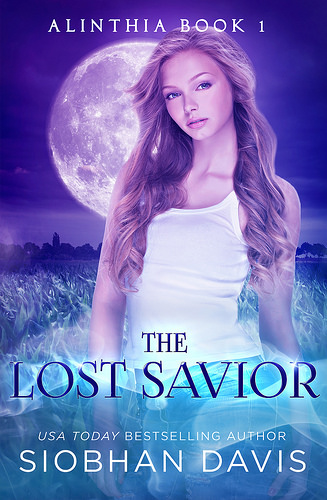 Blurb:
They came from another world to protect her. Now it’s her destiny to save them …

Tori King is a normal senior in high school. Head over heels in love with her childhood sweetheart, she is busy making plans for college when a chance encounter with an alien bounty hunter turns her world upside down. Now, she’s experiencing terrifying changes and developing supernatural abilities that leave her questioning her entire existence.

Then the arrival of four hot new guys at school has everyone talking—especially when they become fixated on Tori, following her wherever she goes. She can’t shake them off, and as they grow closer, she finds herself drawn to all four of them in ways she cannot explain.

When they finally reveal their true identity, and why they’re here for her, she discovers everything she thought she knew about herself is a lie.

Because there is nothing normal about Tori King.

And she’s about to discover exactly how underrated normal is.

This mind-bending alien reverse harem series is only suitable for readers aged seventeen and older due to language and mature content.

The Lost Savior is a great start to this new series by Siobhan. I was really excited to see how she would handle the Reverse Harem aspect and excited that she was writing a new sci-fi series. As I’ve come to expect from Siobhan this is a book were you want to keep reading. It’s very well written and paced well. There were a few things that didn’t work for me, but mostly I still enjoyed this book.

The Lost Savior follows the story of Tori Knight who thinks she is just a normal teenage girl. She has a boyfriend and a group of friends. One day when they are out shopping for dresses, they encounter a weird guy and since then everything starts to change for Tori. Strange things start happening to her and she’s developing new powers. Then four new boys move into town that have eyes for only her.

This book has a lot of drama, especially once the new boys show up and surrounding her current boyfriend and friends. And I have to say there were parts I didn’t really care for when it came to that. But the last 30% was great, once something got resolved and there was even more focus on the sci-fi aspect I really started enjoying it and I hope the second book is more like this.

There was one aspect I really struggled with in this book. Tori has a boyfriend and how she treated him at times just didn’t sit well with me. She lies against him, grows close to 4 other boys while she still has a relationship with him and even hits him in one scene. And all this while she is crazily in love with him, it just felt wrong to me and I didn’t like that about Tori she could do this to her boyfriend. I didn’t like that part of her behavior. And at the same it time I did feel like she acted realistically, with how she was a bit selfish in that regard and still wanted to keep him close even tough she couldn’t tell him everything that was going on.

It made it hard for me to really enjoy the earlier scenes with the four boys as I kept thinking about the fact that she has a boyfriend. She never goes as far to kiss or sleep with any of the boys while she still has her boyfriend, just wanted to clarify that. But I did think she still got too intimate with them while she still had her boyfriend. This really diminished my enjoyment of the first half or so of the book. I just couldn’t get over it and it majorly bothered me. I just wish she didn’t have a boyfriend in the first place so the focus was on the four aliens boys instead or that she was starting to fall out of love with her boyfriend already before this happened.

Besides the point I just mentioned I did like Tori as a min character. I liked how she cared about her friends and she did have a good sense of right and wrong, feeling guilty when she did some things that didn’t sit right with her. And also standing up for what she believed in in other scenes. I also liked how she cared about the four boys and did things for them, while still trying to hold on to who she was before all this started to change. There were a few parts were I would’ve liked being even deeper into her head and feeling what she went through. It was interesting to see how she dealt with all these changes and I also liked how she confided in her best friend as I think it made sense she would’ve wanted to talk with someone about everything going on.

When it comes to the romance at first I was totally team Jensen as I felt like Tori had a better connection with her current boyfriend than any of the four alien boys. I also thought they seemed like a good couple. And we don’t really know the aliens boys at first. Then slowly that began to shift. I liked seeing her slowly grow closer to the four alien boys and how she got to know more about who they are. By the end of the book I was pretty much on the other side and eager to see were things go with the four boys. But I still feel bad abut Jensen and almost wish she could add him to her harem as well. I did think the boys could’ve been a bit subtle at first about their interest in her or told her everything earlier.

I think Siobhan handled the Reverse Harem aspect really well. All four boys have their unique personality. At first it did seem mostly centered around one characteristic, there is the charming and flirty guy, the shy and nerdy guy, the strong sport guy and the responsible serious guy. But as the book progresses their personalities get more rounded out and I felt that Siobhan did a great job fleshing out their personalities in this book already, although I do like to get to know more about them. I also liked how Tori’s interactions with each of them were different.

From the four boys I did have my clear favorites. Cooper got on my nerves from the start and for the most part I couldn’t stand him. I thought his flirty ways felt creepy and invasive instead and I wanted him to leave Tori alone. On the other hand I did respect how open and honest he was and he did grow on me a bit as the book progressed. Dane also annoyed me at times with how he treats Tori, but I did like how focused and serious he was. Maddox I liked for the most part and I liked how strong he was, but also had his flaws. Beckett is my favorite of them so far, I liked his shy and nerdy personality and how he didn’t push Tori, but was there as well and how he got all shy around her. I thought it was cute.

As this is the first book it felt very much as setting the stage at times. we get introduced to some of the major players and get to know more about what’s going on in the galaxy and Tori’s past. At the end of the book some important pieces are added and I feel like we know the basics now. But at the same time there is so much that’s still unclear and I wanted a better feel for the world and the galaxy, the aliens that are out there and their powers. I also felt that some things didn’t quite make sense, but that also could be because we still didn’t know everything. I would’ve liked seeing a few more scenes regarding her training as I felt like I only had a clear image of the self defense sessions.

I personally didn’t really care for the whole prophecy part, but that’s personal preference. And the connection thing felt a bit off for me too, sometimes feeling like they almost didn’t have a choice in the matter. And then at other times they could almost easily resist it. There also seemed some inconsistencies in their powers, but I think that will be explained later as we already heard something that might cause it. There was also a plot point regarding their connection later on that rubbed me a bit wrong as it felt forced instead of natural and I preferred to see things play out naturally.

To summarize: All in all this is a great start to this new series. I liked how the author handled the Reverse Harem aspect, all four boys have their own personality and once we get to know them were easy to keep apart. I did have my favorites, Becket was my favorite so far, followed by Maddox. I didn’t like Cooper at all first, but he did grow on me. Dane annoyed me at times, but there was also parts I liked. There was one part that didn’t sit well with me and that was how Tori treated her boyfriend Jensen, whom she was in love with. She not only lies to him, but also gets closer to the four aliens boys while she still has a relationship with Jensen, which just felt off to me. This book introduces some of the world and sets the stage for a lot of things and I am eager to learn more about how everything worked as there are still a lot of things that aren’t fully clear. There were a few small things that felt slightly off to me regarding the world building, the prophecy and the connection. I liked the sci-fi aspect and it makes me want to know even more. It’s a good start of the series and I am curious about book 2 as I think that will be even better.

10 responses to “Review: The Lost Savior by Siobhan Davis”