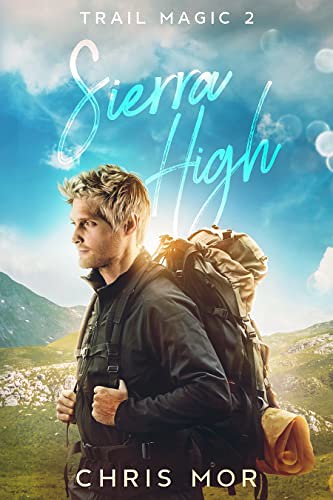 Blurb:
One month into my journey, things are starting to look up.

Nova has brought the sunshine back into my life. Helping me put my ex behind me and filling my days with the passion they were missing. But how secure is our new relationship?

Bats has my back, in his quiet, unassuming way. But he’s been hiding something from me. A curiosity I didn’t expect from him. Are his questions as innocent as they seem?

Grinder is as hot and cold as ever. There are days he seems to want nothing to do with me, and days he wants everything from me. Are his promises worth the risk of getting burned?

As our journey takes us into the most dangerous portion of the Pacific Crest Trail, we need to lean on each other now more than ever. But the closer I lean into these three men, the harder I’m pulled towards wanting more than what I already have. In their own way, they each seem willing to give me what my body wants, but is my heart big enough for what they’re asking? Am I the kind of girl that could claim them all?

The higher we climb along our journey, the further I have to fall. And things have just gotten a whole lot rougher.

Sierra High is the second book of the Trail Magic series, a contemporary reverse harem romance set along the Pacific Crest Trail. Determined to put her ex behind her, “Belle” joins “Nova”, “Bats”, and “Grinder” as they continue their five-month trek from the Mexican border to British Columbia. It’s full of laughs, coffee, cheeseburgers, and chances for a young woman to figure out who she is and what she wants.

Sierra High is the second book in the Trail Magic series. The first book was okay and I wasn’t sure what I would think of the second book, for the first half this was a solid 4 stars read. I felt like I was able to enjoy the story more now knowing what to expect and the way the author writes. Also grinder was being not as grumpy as in the first book and was even being nice to Belle. It was pleasant to read.

Then the second half was a struggle, there’s a lot of drama and tension. There’s heat building between Belle and Grinder, but she’s with Nova and happy with him. There are hints of it turning into a reverse harem, but it’s a lot of hints and maybes and the drama continues. I didn’t like the set up with her already being with one guy and never even discussing the possibility of a reverse harem with him. I felt uncomfortable with Belle’s growing feelings for Grinder and how she didn’t talk about things with Nova. Then there is something that happens at the end of the book that ruined the book for me, it’s a classic case of someone who should’ve said one ting to clear things up that couldn’t prevented it. And having said that makes it okay only from one point of view. I felt like what happened was out of character and I just don’t see how they can get back from this.

To summarize: This was a solid read during the first half, but the second half and especially the last chapters ruined the book for me. I felt like I was more used to the author’s writing and knew what to expect, so I easily got through the first half of the book and enjoyed it. Then the second half has a lot more drama and Grinder was back to being rude. And then an event at the end just kinda ruined the book for me, it felt stupid with a little sentence that could’ve changed everything and what one of the characters did was wrong and felt out of character. It’s a shame as I was enjoying the whole hiking plot line and setting.