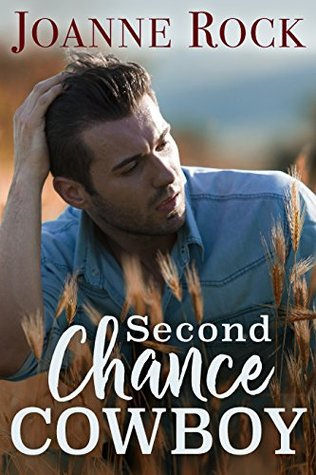 Blurb:
Dancer Larissa Martine is ready to start over and Las Vegas seems like the perfect city for a shiny new beginning. But first, to honor her pact with her girlfriends, she wants to make a quick stop in Cheyenne, WY to make amends with her first love, the guy she left to chase her dreams of Broadway fame. Except rancher Matt Briggs isn’t nearly as interested in her regrets as he is in keeping her in town for his sister’s wedding. It’s a request she can’t deny when his family takes up the cause to make her stay for just one more week, but it’s difficult to maintain her friends-only boundaries with a man who attracts her as much as ever.

After losing his father and inheriting the family ranch in addition to the one he’d bought on his own, Matt’s life is all about obligations. But Larissa’s unexpected arrival during the wedding mayhem is a bright spot he won’t ignore, even if that means tempting her into far more than just a dance. He figures one night with her will bring them both some peace with their past, which is all she said she wanted. But one night leaves Matt wanting a whole lot more and this time, he’s willing to gamble everything to make her stay.

I enjoy a good second chance romance and enjoyed the first book in this series, so I jumped on the chance to read and review this one. Second Chance Cowboy is a book about making peace with your past, healing, second chances and that following your dreams also means reevaluating those dreams now and then. My favorite part of this book probably was the setting, I loved visualizing the nature in this place and land filled with ranches and animals.

Second Chance Cowboy follows the story of Larissa and Matt. When she was younger Larissa left Matt and her home town behind to chase her dreams of becoming a Broadway star. Now she is back to make amends with the past, but as soon as she’s done that she’s leaving for Las Vegas. What she doesn’t expect is to be reminded about what she loved about this place and stir up feelings again for the cowboy she left behind.

I always enjoy Joanne Rock’s romances. I like how she paints her characters, makes the setting come alive and pulls off a believable romance. This book was a lot of fun to read, although at times I missed that feeling of getting completely pulled into the story. Nevertheless I quickly read through this one and the epilogue made for a great ending. And I am curious about the next book in this series.

I liked how we got a feel for Larissa and Mat and saw them connect again. But I also have the same issue I had with the first book, that the story feels a little bit too short at times. Like it would’ve been even better if it was a bit longer. I especially would’ve liked a scene or two more to see Larissa fall in love with this place again and maybe see a bit more of the ranching work and the animals.

While I thought their romance was belieavle, I didn’t fully feel it at times. I did really like the pieces we learned about their past and how they first fell in love. I just felt a bit sad how they both held back a bit this time and that’s probably while I didn’t was fully happy about their romance until the end of the book. Larissa doesn’t want to put too much pressure on their new awakened romance and holds back a bit, while Matt doesn’t want to get fully invested in case she runs away again.

They both made mistakes the first time and they come close to repeating those here. But I liked how they both realized what they were doing eventually and changed. But they have a long road to go before they get there and I have to admit to rolling my eyes a few times when for the reader it was so obvious to see what they weren’t saying and how their lack of communication gave the other the wrong idea.

I did like how both characters had their flaws. Matt was too stubborn and prideful at times, while Larissa was to hung up over a promise she made her mother to fully realize what her mother really wanted for her. It did make me a bit sad how they missed out on some years of happiness, but at the same time it’s amazing to see them have their second chance now.

I liked the cast of side characters, especially Matt’s grandmother. And I liked the role she played in making Larissa realize that she had to rethink some things. I also liked the hint we got of Rachel, one of Larissa’s past friends and who will be the main character of the next book.

One of my favorite parts of this book is the setting. How the author described this piece of Wyoming made it sound so beautiful and I had a hard time imagining why larissa would leave that for the busy city. I just wish we would’ve seen a bit more of the ranching life and the animals.

To summarize: This was a fun second chance romance! I quickly read through it and I had fun reading about these two characters re-connecting again. For some reason I didn’t really feel their connection or chemistry until the end. I loved the epilogue though and it was a perfect way to wrap up the story. I would’ve liked to get to know the characters a bit more, but I do like how we got a feel for them and they felt believable and real with how they had their flaws and made their mistakes. Their lack of communication and holding back their real feelings almost threaten to tear them apart again and it frustrated me at times as it was so easy to see as the reader what they were doing. But I did like how things got wrapped up. I especially liked the side character Matt’s grandmother and how she played a role in this story as well. The setting was also great and I enjoyed visualizing this beautiful place. I am looking forward to the next book in this series!

Do you like second chance romances? What’s the last one you read?