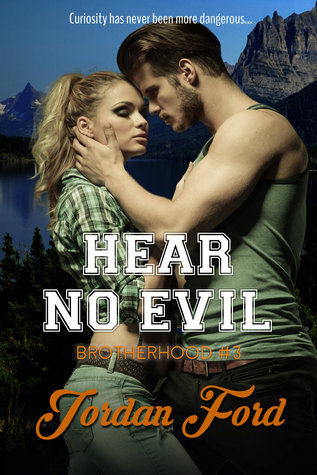 Blurb:
Riley Duncan is haunted by a past he can’t remember. Something happened in the isolated cabin he now calls home. Something deadly. And he can’t rest until he finds out what it is.

Not wanting to burden anyone with his nonsensical nightmares, he keeps to himself until his contact in town, an intelligent girl he’s desperately trying not to fall for, reveals some long-buried evidence that will destroy everything he thought he knew about his family.

Caitlin Powell is cursed with an overpowering curiosity. So when a gorgeous stranger shows up in her small town of Legacy, she is compelled to figure out his story. Something about his quiet way and shy smile works like a magnet to draw her in, and she soon finds herself caught up in a mystery from long ago. A mystery people in Legacy refuse to talk about.

Unearthing the truth is a scary business and the young couple soon find themselves caught in a game of life and death as enemies from the past come back to finish what they started a decade before.

Hear no Evil is a great way to end this trilogy. It gives Riley his own story and romance and wraps up most open plot lines and gives a satisfactory ending for all the couples. The epilogue is very sweet and it was so fun to see these characters all find their place and happiness. There were a few small things or side characters that I would’ve liked to hear from what happened with them, but besides that things got neatly wrapped up.

There is quite a bit of mystery and suspense in this one, more than the others which worked well. But sometimes the revelations followed so quickly after another that you hardly had time to let the things sink in before another thing happened. It also felt like the characters had little time to think or talk things through because of this. I also thought this book was a bit heavy on the drama at times. And a bit lighter on the romance than the previous books. But at the same time that did make sense with the more focus on the mystery and also on the previous main characters.

Riley was one of my favorite character of the three boys and I was happy to finally get his story. And in a sense I was really happy seeing his point of view and his character, but at the same time I had hoped for a bit more. Not sure exactly what but while we always see one side from Riley in the previous books the logical and calm and intense side. I felt that in this book that side was a bit less present. He was a bit more moody, troubled and emotional here. Again that did make sense with the plot and the direction things took, but that other side was one of the reasons why I liked his character so much and I would’ve liked seeing that a bit more here.

I did enjoy the mystery surrounding his parents death’s and his uncle. There were a few twist I did predict, but also some surprises. I did like the focus on the mystery and suspense. I also liked how we got to see quite a bit of the other two couples as well in this book as this book also wrapped up their stories in a way. Seeing how close these characters are and how much they care about each other and formed their own family is one of my favorite parts of this series.

I liked getting to know Caitlin and I did think she and Riley were great for each other, but I wouldn’t have minded to get to know Caitlin a bit more and a tad more romance. They already knew each other as they met in book 2 which we didn’t get to see. It did work how in this book their connection build on that, but I guess I would’ve liked to see them together a bit more, figuring things out and talking. I also didn’t quite care for Riley pushing her away to protect her, as she was already involved by then and it’s just a bit overdone in books and I have trouble believing people would be that selfless. But despite the few issues I had there are also some great scenes where they are together and where we feel how much they care about each other. I just would’ve liked a bit more of that.

I liked how this story took place at Legacy, the cabin and the surrounding woods. As in the previous books we have had a few scenes there, but here the whole book takes place here and it was fun to get a better feel for the place. I also liked the setting, a small mountain town with lots of forest just is the type of place I enjoy reading about.

To summarize: this was a great ending to the trilogy. It wrapped thing up nicely and I liked how this finished the series. We get Riley his story, but this one wraps up the other two couples their stories as well in a way. I like reading about these characters and seeing how close they are and how they formed their own family. This book focuses a bit more on mystery and suspense than the other two, but it worked. I did predict a few things early on, but there were some nice twists as well. I liked getting Riley his story, although we see the calm logical side of him a bit less here. Caitlin is a great match for him and I liked them together. I just would’ve liked getting to know Caitlin a bit more and see them together a bit more. The setting in this small mountain town surrounded by forest was great. And all in all I am happy how this book ended the series and I really enjoyed reading this series.

What’s the most recent trilogy you read?

12 responses to “Review: Hear no Evil by Jordan Ford”