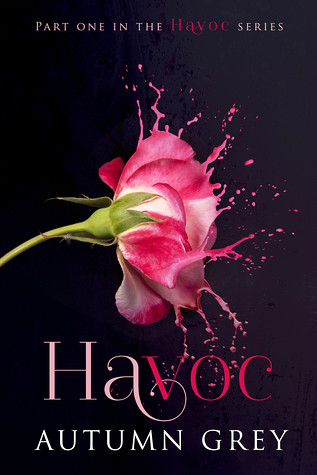 Blurb:
Selene Michaels is determined to never let anyone make her feel inferior again. After a painful divorce, she finds herself in Paris on a working holiday, hopeful that this will be the opportunity she has been waiting for. She intends to have fun and maybe find someone to flirt with; someone who will show her a good time, treat her right, and awaken her to all she has been missing. What she does not expect to find is Remington St. Germain and his adorable son, Adrien. Remington is intense, devastatingly hot and a Prince Charming on the outside, but a dirty talking, insatiable devil behind closed doors—the opposite of the man she has been hoping for—and not the type to give up on something that he wants. Selene soon realizes that life with Remington is not only interesting, but adventurous. It’s dangerous, and she’s about to find out how dangerous. . . if she is brave enough to take a chance.

My Review:
After seeing this series with the pretty covers on Bookworm Brandee her blog a few times, I finally decided to buy the first book once I won an amazon gift card. Unfortunately while it is a nice book it just wasn’t for me. Or maybe it was my mood, I am not sure exactly why, but I just couldn’t connect to the book. The story didn’t come alive for me, it just felt a bit flat and everything could’ve used a bit more depth. They are in Paris, but I never felt like I was there, there are no descriptions only mentions of where they are. She has a modelling career, but we never really get to know more about her job beside a few details. I wanted to read about her work as well, except for one presentation she gives. Then there is the mysterious millionaire love interest, some very cliché scenes and sex scenes where I rolled my eyes.

Let’s start with the story, this is mainly a romance, but there are some other things going on as well. The pace doesn’t feel rushed even though it’s a short book, it just felt like it lacked depth everywhere. Selene has had a painful divorce and goes to Paris to restart her modelling career, then once she arrives there are problems with her hotel room and she meets Remington. It’s lust at first sight. The story wasn’t anything special and is predictable, they slowly get to know each other a bit and then have sex and it ends with a bit of a cliffhanger ending. There is some mystery thrown in and I didn’t like the ending very much as Selene reacted rushed and did things without thinking, it just felt a bit off. She never asked questions or tried to figure it out or I don’t know call the police. It was just weird. I am thinking more will be revealed in the second book, but the ending felt a bit rushed to me.

Selene is a nice enough character, but while it is emphasized how hard their divorce was or how much she lusted for Remington I never really felt it. She was nice enough, but I didn’t really relate to her or felt like I got to know her well. And even though she married that man for 6 years, I never felt like they had anything but convenience, so I didn’t feel like she missed or lost anything as only the bad things about their relationship where mentioned. Ofcourse it isn’t about her relationship with her ex, but about starting over and falling in love again. Then there Remington, the mysterious love interest who wants Selene. While we don’t get to know much about him, beside that he has a son, I did like him interacting with his son. That made him more human and real to combat the mysterious and too intense part. Adrien, his son was a fun character and I liked him, it also added some lightness to the plot at times and it was fun to see him interact with his dad and Selene.

The romance build slower than I expected and I appreciated that they went out before jumping into bed together. Although having said that even though they went out a few items I didn’t feel like we got to know about them or their connection beside their chemistry that was off the charts and how hot they got with only one touch. It was described a lot how they felt, but I didn’t feel it. I didn’t feel their connection. There is only one sex scene towards the end and one oral sex scene somewhat earlier. It was supposed to be hot, but it just left me cold. The sex scenes felt cliché and I just sat there rolling my eyes, luckily the scenes wher epretty short and didn’t get dragged out.

To conclude: While Havoc sounded like a fun short erotic romance, it just didn’t work for me. It’s probably me, but I just couldn’t connect with the story or the characters. The story and characters didn’t came alive, there wasn’t enough depth and everything felt cliché and predictable, then there is a mystery plot twist towards the end that felt like it didn’t make sense, it probably will be explained more in the next book, but I don’t think I’ll be continuing this series. It wasn’t a bad book and I enjoyed parts of it, there were some fun scenes and I liked they didn’t jump in bed immediately and the fact that Remington had a son.

You can add Havoc to your to-read list on Goodreads

Ever read a book that was nice, but fell flat and how do you handle those books? What makes a book fall flat for you?