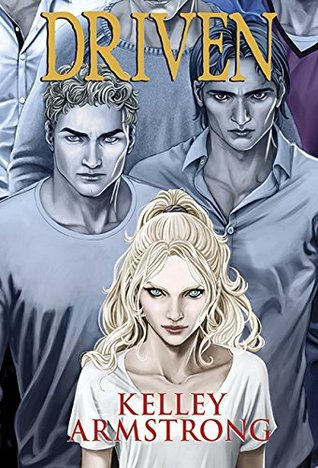 Blurb:
Cains are known for being big, brutish and not-too-bright. The mutt clan embodies all the supernatural world’s worst stereotypes about werewolves. But not even the Cains deserve to be hunted down and skinned like animals.

When young Davis Cain comes to the Pack for help, Alpha Elena Michaels can’t refuse him. It isn’t about morality or justice. It’s about not letting anyone think they can do this to werewolves and get away with it.

But Elena is also dealing with the Pack’s homegrown monster—Malcolm Danvers, onetime enforcer, full-time psycho. Malcolm is now under Elena’s control, as part of the most difficult decision she’s had to make as leader. But if she has to let Malcolm in, she’s going to make full use of him…and the best person to catch monsters is one who knows exactly how they think.

It’s always a joy to be back in the Otherworld series. I love this series and getting to see how the characters are doing even though the series sort of has ended is awesome. I was really happy to get my hands on a copy of Driven as it follows two of my favourite characters Elena and Clay. This story deals with a mystery of someone who is killing the Cains and Elena and the pack go to investigate. Then there is the issue concerning Malcom, which get’s solved in a satisfactory way in this story.

The story moves along nicely and kept my attention. The story with the who was killing the Cains and how they dealt with Malcom both were interesting and this book nicely dealt with both storylines and it worked well together. I would even say that the story line of the Cains helped them deal with Malcom as well. We see some changes of the pack and this book made me realize how far they have come since the start of this series. And ofcourse it was awesome to see Elena and Clay in action again and see their twins, which are awesome characters. I wish we got more scenes from the twins as they are a joy to read about.

I did notice I missed a few short stories that took place before this one, as they referred to some events which happened before and I get the feeling there is a short story about that as well, but even though I haven’t read all the short stories before this I never felt lost. There was enough recap, that even if you missed some of the other novella’s you could still enjoy this one. I would recommend to finish the novel length books of the series before you start the novella’s as there is chronological order and reading the novella’s before finishing the series can lead to a few spoilers. I did feel that this novella ties into a few other plot lines of previous novella’s and wraps those plot lines up, it was nicely done.

We mostly read about character we already know, there’s a chance and we see how the pack reacts to that. And we get a glimpse of their lives now, which is always awesome. I can’t get enough of this world and characters so every time I have a chance to return to this world I grab it with both hands. In this book we meet a few new characters, most noteworthy David. I actually liked Davis and I thought he dealt with the situation well. We also meet a few other Cains, which were much less likeable. And there’s a mention of Derek, which is a fun reference to Kelley Armstrong her other series.

To summarize: I really enjoyed this novella and was happy to be back in this world again even if for a little while. I read this story quickly and I really enjoyed it. There are sort of two storyline,s but it all meshes together nicely. We meet a new character, but this is mostly a chance to catch up with characters fans of the series already know and care about. It can be read out of order from the other novella’s, but I would recommend to finish the 13 novels first. All in all is this another great novella in this series and it’s an awesome read for fans of the series.

Have you read any books by Kelley Armstrong?