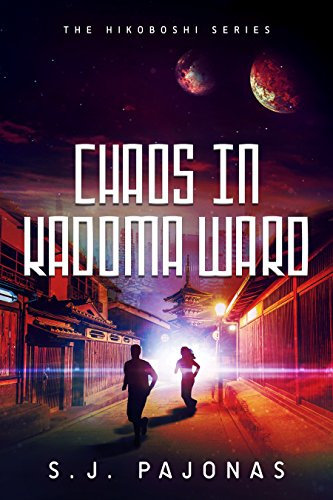 Blurb:
Contract by proxy — Yumi is owned by a corporation.

Forced into a new life on the planet Hikari, she has two objectives: find a job and get along with Rin, the man holding her life in his hands. But with her occupation missing from this planet and her enemies looking for her, she must intrude on the kindness of reluctant strangers to stay out of harm’s way. Rin’s ex-wife wants Yumi gone, and a judge threatens to deport her if he catches her loitering about town with no job. Her desire to bolt grows stronger daily.

But Rin won’t let her go. He’s fascinated with the stories she brings from home, stories that promise to save him from the madness they all live in, a meritocracy with low birth rates and malfunctioning androids. As they build a tenuous friendship, and something more, Yumi has to face her fears, her inadequacies, and her lack of control. A headstrong journalist, she’s pushing her luck on Hikari every day as the society turns bored, restless, and finally rebellious. War is coming, and Yumi and Rin are right in the middle of it.

Chaos in Kadoma Ward is the second book in the Hikoboshi Series, an action adventure, space opera series that explores the worlds settled by the Japanese who fled Earth a century ago. Culture, history, technology, and swords clash in a fast-paced future society on the brink of war. Buy Chaos in Kadoma Ward today!

I loved the first book in this series and was eagerly awaiting the next book. Chaos in Kadoma Ward is a great sequel and it’s just as good, maybe even better than the first book. I got sucked into the story immediately and had a hard time putting it down, every time I had to stop reading I tried to fit in one more chapter. I really love this authors writing style and how her books always pull me into the story.

Chaos in Kadoma Ward starts of a few weeks after the events in book 1. Where the first book mostly takes place on the moon Kurai, most of this book takes place upon the planet Hikari. I loved exploring this whole new world alongside Yumi and Rin. I loved the scene with the butsu! Pajonas brought this world alive, it’s ruled by corporations and very focused on making money. It was a bit sad how this society worked with the focus on what someone was worth but it was also fascinating to read more about the world and how everything worked.

The plot lines set up in the first book continue here. We see more of the character we met there, the corporations and the androids. I liked the direction the plot took and there was a nice twist at the end that I didn’t see coming. I knew something was up, but wasn’t sure exactly what.

One of my favorite parts of this book might be the budding romance between Yumi and Rin. Gah these two are so good together and I loved all those little moments they had, where they connected with each other. Again I have to mention the butsu scene, it was a great scene, but there were all these little gestures and touches sprinkled throughout and I wanted to see them together so badly. Although we still get very little of that in this book, I liked the parts we got, but I am excited to see more of them in the next book.

Yumi is thrown in a difficult situation in this book, from the proxy contract to not being able to do her job here as they don’t have a free press. And then there is this whole new world she doesn’t understand yet. The social norms, the technology and just how the whole society works is alien. I liked seeing her found her way. And as usual of Pajonas’s books, this isn’t easy. There are definitely some bumps in the road and moments were she feels down and her migraines hit again too. It all feel very realistic how the good and the bad moments are both there.

We also get to see more of Rin in this book and I was so happy about that. I feel like I got a better understanding about him in this book and I liked when he opened up toward Yumi or stood up for her and slowly showed more of himself and his hopes and dreams. I thought it was totally obvious he was into her, even though Yumi doesn’t pick up those signals at first, but I think that’s because she feels so out of her element. I just wish they would’ve talked a bit more at certain points as it felt some bumps were caused by then not talking things through. But on the other hand it did feel realistic how things progressed.

And the world building was just amazing. I loved being pulled in this whole new world, with new customs and technology and people. We really get a feel for how the world works. How the corporations have a part, but also how normal the day to day live can be. From how the technology is part of life, to how different the people here are than Yumi is used to. I loved learning more and more about this world and thanks to well done descriptions I could vividly imagine how everything looked.

It’s great how Pajoans mixed different topics throughout this book. We get to know the characters better, there’s a bit of romance, but there are also things going on in the world. And wow the ending was spectacular! It was great seeing everything coming to a head and how it impacted everything and the direction Yumi and Rin are going on now. It was an awesome ending to the book and it also makes me super curious for the next week.

To summarize: Chaos in Kadoma Ward was awesome! I loved it and had trouble putting the book down. I got caught up in Yumi’s story and I loved discovering this whole new world together with Yumi and Rin. I also liked how realistic the whole book is written, there are good moment, but also bad ones and Yumi does get down about her situation at times. I was hoping for some romance in this book and I am happy to say we got that. I loved all the little moment and gestures between Yumi and Rin as they grew closer. The world building was so well done, the world really came alive and I could vividly imagine how everything looked like. I liked the unique technologies we read about, like the butsu, the parcel system and the kosha. There’s also some action toward the end and an explosive ending (literally) when everything comes to a head toward the end of the book. It was an amazing book and I am already eagerly awaiting book 3! 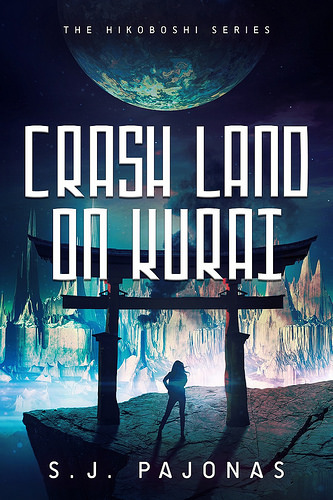 Book 1 in this series is free for a limited time! Grab your copy from Amazon!

Which planet from a sci-fi book would you like to visit?

10 responses to “Review: Chaos in Kadoma Ward by S.J. Pajonas”