This is another original Lola recipe. I wanted to make quiche and I wnated to eat spinach, throw in some new masal spices I recently got and you get this quiche. It is one of the few recipes withotu red bell pepper, want to know why? I hand’t bought enough red bell pepper to add it to this dish as well. So I looked into my pantry and saw some lentils and added those instead. I get a tigne of sadness every time I think about this quiche as I made it the first time the day Pita had died. But it is a wonderfull quiche, filled with curry flavour and veggies. And I have a soft spot for quiches as I love dough in general. 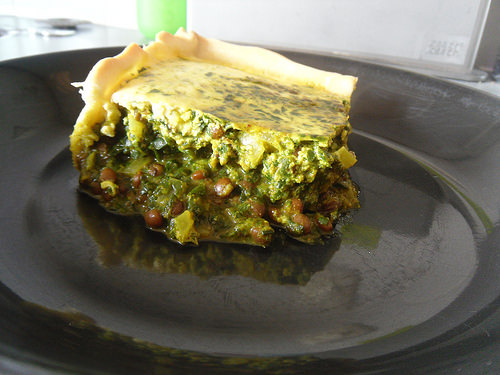 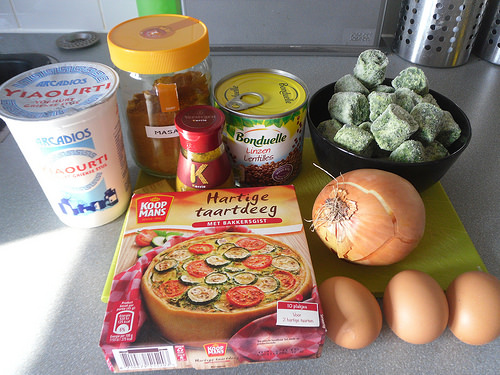 Make sure to use Masala and not garam masala as they taste very differently. The masala I use is bright yellow and tastes more like curry, while garam masala is much brown. I usually use frozen quiche dough, but any other quiche dough or homemade quiche dough works as well. I am just lazy and I haven’t foudn a good quiche dough recipe yet. This recipe feeds about 3-4 people. 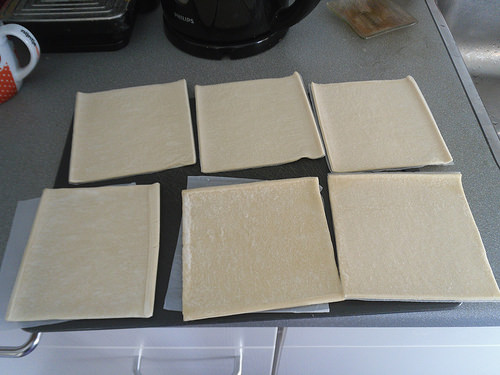 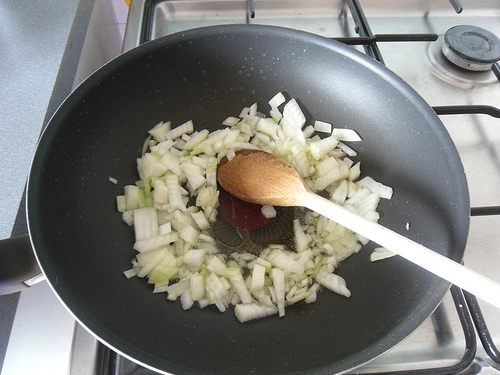 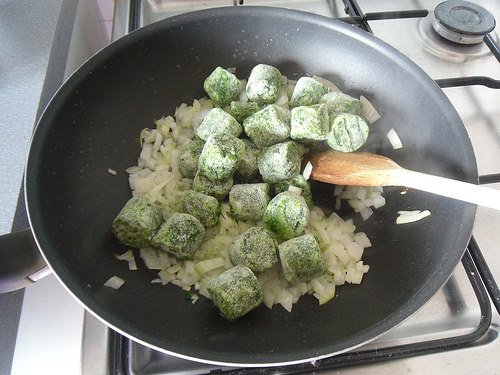 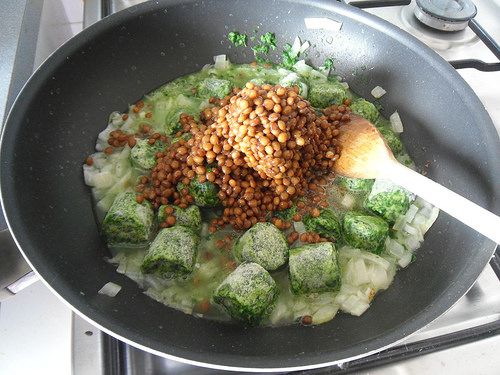 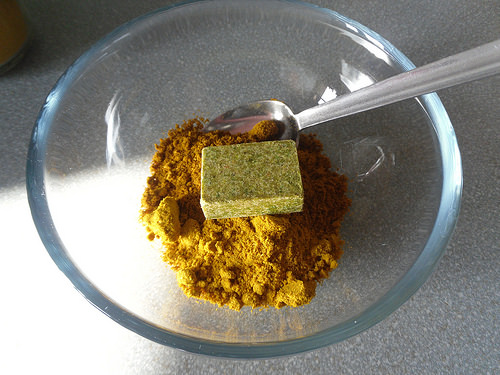 Cook the spinach mixture for a while 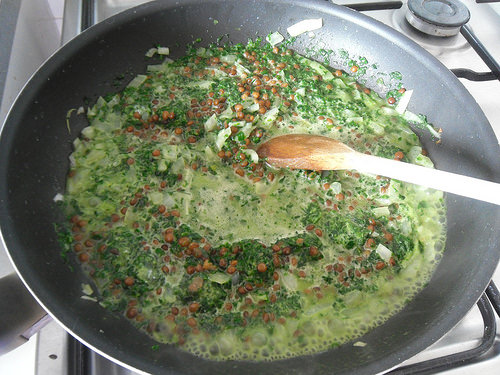 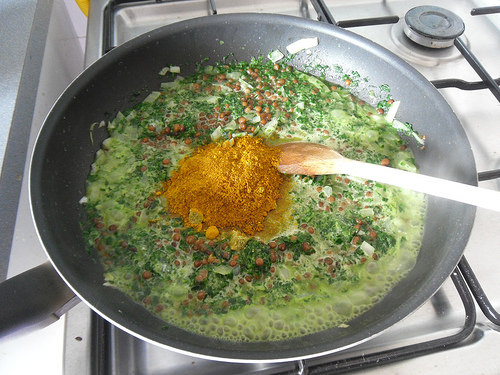 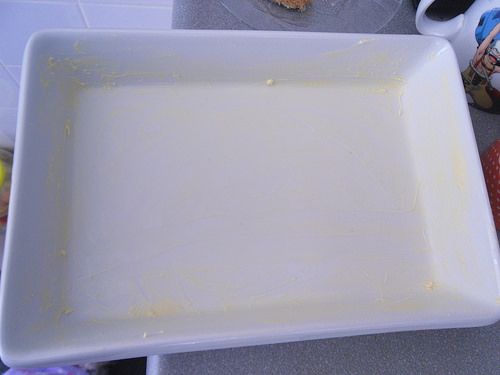 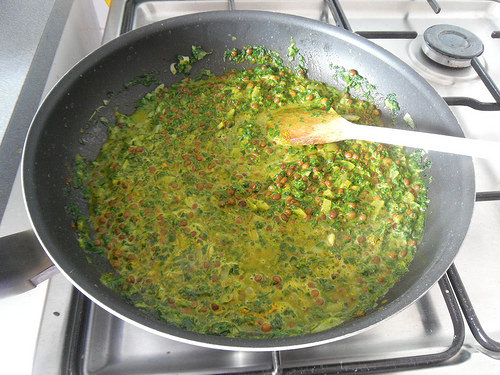 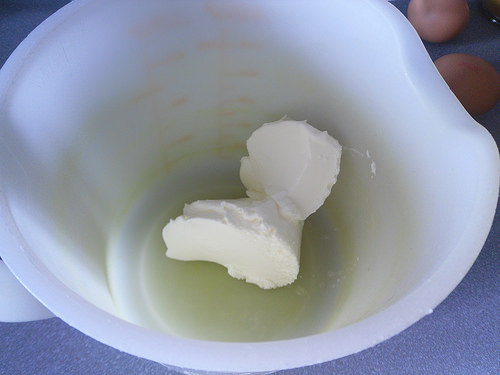 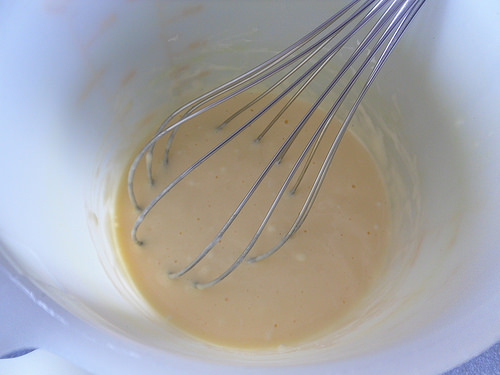 The quiche dough aligned in the ovenproof dish 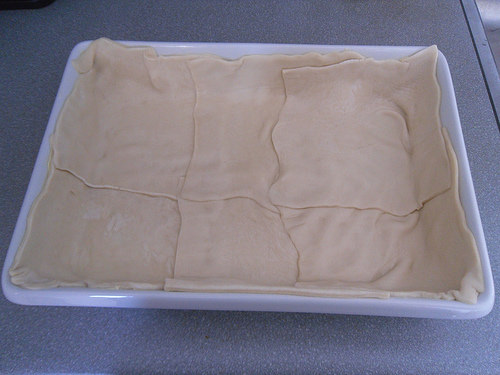 Pour the Spinach Mixture in 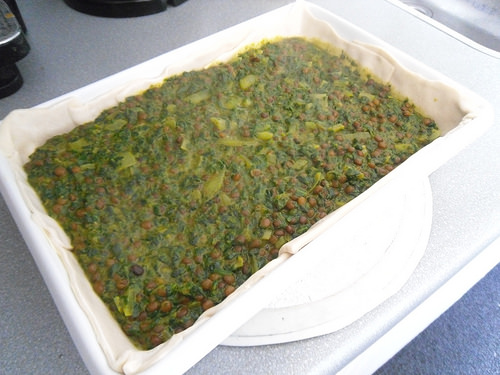 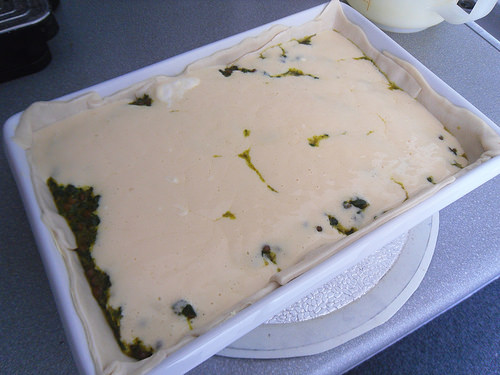 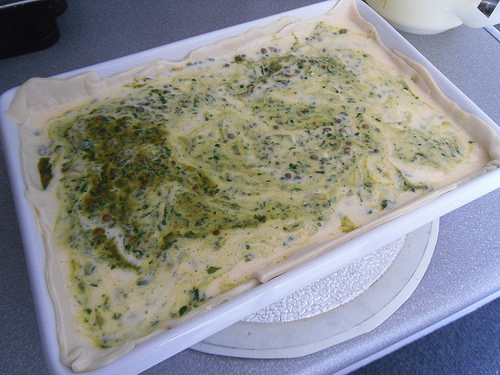 End result, after being in the oven 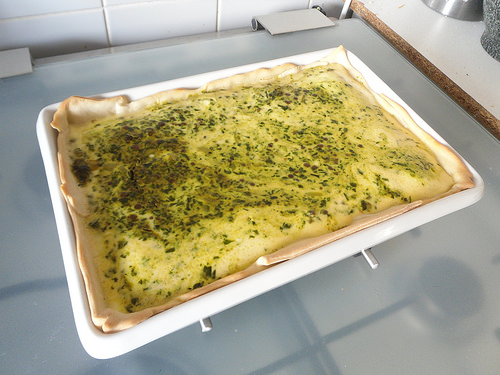