Here in the Netherlands we call this dish “Wentelteefjes”, it’s bread drenched in egg or egg and milk mixture and then baked. I first ate this dish when as a kid I was having a sleepover at a friend of mine and as breakfast she made this, I really liked it and after that made it now and then for myself as well. If I make it I usually make it as lunch though, but you can eat it any moment of the day. It’s quite easy to prepare, really tasty and you only need a few ingredients. You can also use slightly old bread for this that isn’t as tasty anymore to eat, just make french toast with it and you won’t notice the bread was a bit old. You can eat it with cinnamon sugary on top, but I prefer the salty version usually. 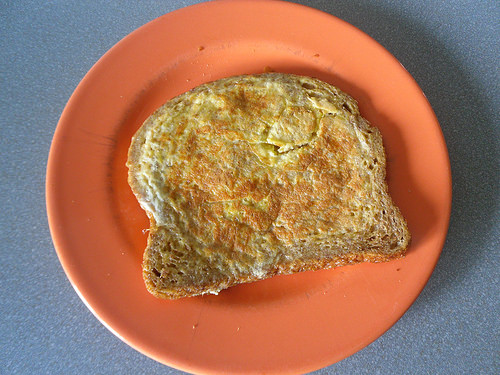 You also need a broad and flat bowl if you have one. Instead of olive oil you can also bake the french toast in some butter. 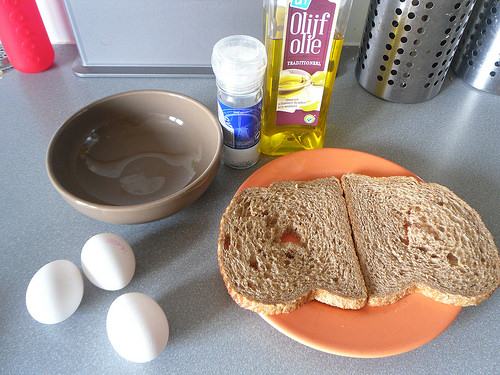 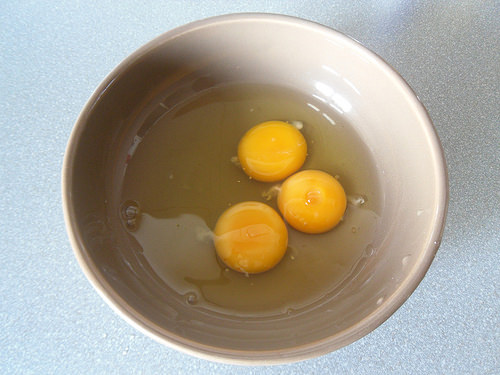 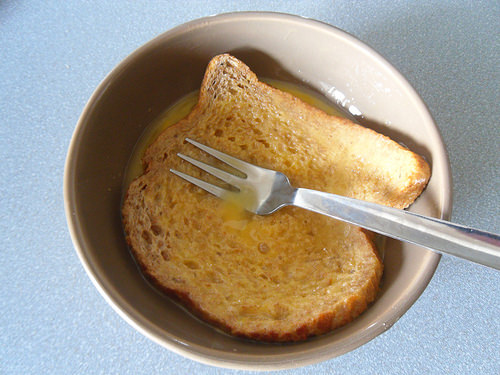 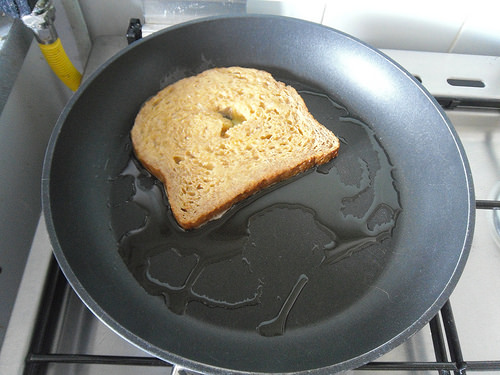 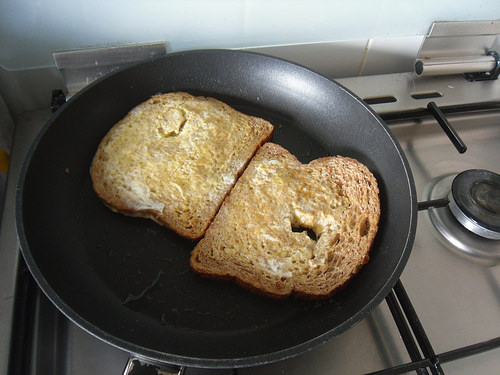