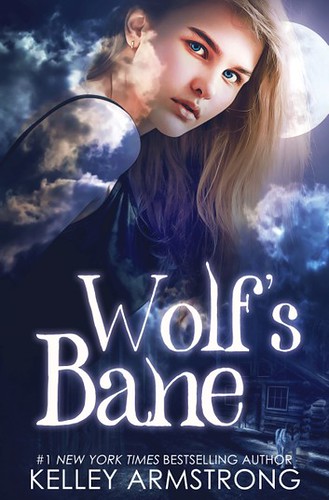 Genre: Urban Fantasy
Age Category: Young Adult
Type of romance: MF and maybe some MM, not clear yet who Logan’s love interest will be

Blurb:
Summer camp is a traditional teenage rite of passage, but when you add supernatural powers to the typically high dosage of adolescent hormones – you get an even more combustible mix. Sixteen-year-old werewolf twins Kate and Logan Danvers are none too thrilled at being shipped off to a supernatural youth leadership conference in West Virginia.

From the moment they arrive at the camp, the twins sense something is off and they react in their usual manner – Logan reserving judgement and surveying the setup, while Kate charges forward determined to get answers. Kate and Logan quickly ascertain that most of the conference attendees have already formed hostile factions, leaving the twins and a few other misfits to band together.

What seems like teen hormones in overdrive becomes something much more dangerous, even deadly. Add in a strange magic-warded cabin in the woods and a local history rife with curses and macabre legends, and it becomes clear this was a really, really bad place to build a camp for teenage supernaturals.

While I haven’t kept up with all the Otherworld novella’s I knew I had to read Wolf’s Bane as it follows the stories of the twins Kate and Logan, they are the kids form Elena and Clay from the Otherworld series. However this mostly reads as a new story and I think that worked just fine. It’s set in the same world ofcourse and Elena, Clay and Jeremy from the main series make an appearance, but only a short one. This is really Kate’s and Logan’s story.

Wolf’s Bane is told from both Kate and Logan’s point of view. And I liked how we got to see both their perspectives and both their perspectives were great to read. Sometimes they were together, but they also split up for a little while at times. The author did have a habit of ending the chapter son these small semi cliffhanger sand then switching point of view, so you had to wait another chapter to find out how that ended. I didn’t mind too much as like I said both point of views are interesting.

This one had an interesting story and it was fun to be back in this world, but now years later. Kate and Logan go to a camp for supernatural teens, but instead of a fun camp experience and learning about leadership, they land in the middle of strange things that are going on. They team up with some other campers and try to get to the root of what’s going on. the strange things keep heaping up and by the end of this book we still don’t know exactly what’s going on, but there are some pieces of information that have come to light so far. It was fun to follow the characters along as they try to figure out what’s going on. The pace is quite speedy and the whole book takes place over the course of two days.

The ending is a cliffhanger, which I knew going in. Despite that I was still a tad annoyed when I reached the ending as I was invested in the story and wanted more. So that’s more because I was enjoying the book so much and seeing the page count I thought I would have a few more chapter,s but there was a preview of another book. It feels like the book is simply cut in half and I just want the other half. I am looking forward to seeing how the story continues. If you don’t like cliffhangers I would recommend waiting till book 2 is out.

I like how Kate and Logan have such different personalities. It really shines through in their point of views and also how they see the other. At the start of the book they are a bit at odds due to something that happened recently. As the story progressed we slowly find out more about the events that happened before camp and we see the twins get a bit closer again. Even though they might have their troubles with each other at times, it’s clear they care a lot about their sibling.

I liked both Kate and Logan. Logan is a bit quieter and likes to share all the trivia and knowledge he knows about the supernatural. I liked him and his down to earth attitude. I did think he could’ve handled the situation with Kate better and reach out to her, but later in the book he finds out what really happened and that it isn’t what he thought and I think that’s one of the steps to breaching the gap between them.

I like how Kate was more talkative and open than Logan, she had her own struggles though with something that happened at school. It was fun to see her run headfirst into adventure. She also makes a good friend in this book, which was fun to see. Where Logan could’ve reached out, I also think Kate could’ve opened up to Logan. But they are teenagers and I did think their behavior was realistic for teens. And the drama is only a small part of the book, most of the time they act quite mature and handle things in a smart way.

Besides the two main characters there are some great side characters, like Holly, Mason, Allan and Elijah. I liked how all of these had their own personality and a bit of backstory too. Together with the two main characters they make this makeshift group together where they work together to figure things out. There also is a potential romance for both Kate and Logan. Not sure yet if the characters I think are the love interest will actually be the love interests and if it will go somewhere in these books, guess we’ll find out in book 2. I am curious to see how that continues and I like reading about these characters.

It’s fun to be back in the familiar world of the Otherworld. It makes it easy to get into this story already knowing a bit about the supernatural races and world, but even if you pick this series up before the main series I think you’ll do fine as most important bits are explained here. There are also some new things and some comments about the other two YA series the author wrote, which was nice.

To summarize: It was fun to be back in the world of the Otherworld and follow the story of twins Kate and Logan. This book is told from both their point of views and I like how different they are and how they have their own personalities. I liked both of them and there are some great side characters too, they form a group and try to figure out what’s going on at the camp. There are potential love interest for both Kate and Logan and I am curious to see how and if things will progress. The story was interesting and I enjoyed this book. There is a cliffhanger ending that ends in the middle of a scene and it feels like the book is cut in two, but mostly I was just sad as I enjoyed the story and wanted more and now I have to wait for part 2. The world is great to read about and I like how we see a different piece of it and some new things too. While part of the Otherworld world, I think this series could be read as a standalone.

Have you read any books by this author?