Blurb:
Tauran Darrica has been retired from the Valreus Sky Guard for four years following the Battle of the Broken Wings that resulted in the death of his dragon. Now, all Tauran wants to do is spend his days forgetting the past and gambling his way to an unsteady income.

So when his old general from the Sky Guard hunts Tauran down to request his help with staving off the increasingly aggressive wild dragon population, Tauran refuses. But a fire ruins his rented room and leaves him without a place to stay, and Tauran finds himself on the road to Valreus, after all.

Tauran is determined to stay as far away from dragons as he can get, but a starry-eyed young man from Sharoani, land of the wild dragons, might just ruin his plans.

Kalai Ro-Ani has spent his life watching the stars, knowing he could never reach them.
With his wild dragon Arrow, he sets out for the city of Valreus in the hope of building himself a better future than he could have stuck at the foot of the Kel Visal dragon temples.

But nobody told Kalai that only the Sky Guard is allowed to own dragons, so when Arrow kills a guard in Kalai’s defense, it looks like his adventure might be over before it can begin. But a chance encounter at the old Valreus archive offers Kalai the future he’d been hoping for. In the span of a single day, he has a home, a job, and a purpose.

In Valreus, something much bigger falls into his lap – along with a tall and striking Valrean man with a rather strange disposition.

I received a free copy of this book from A Novel Take PR and am voluntarily reviewing it.

When I read the blurb for this one, it sounded like such a great read that I immediately requested a copy. It was a bit of an impulse request, but I am so glad I did as I really enjoyed this book. It’s one of the longest books I read in a long time (it’s 764 pages according to Goodreads!), but that was great as it meant I could spend more time being immersed in this world and reading about these characters. If you love fantasy worlds, dragons, dragon riders and slow burn MM romances, I would definitely recommend this one.

Wild Sky is told from two point of views. We have Tauran, who was a dragon rider once, but after the death of his dragon he isn’t in a good place. His old general contacts him one day and asks him to come back to be a dragon rider, he refuses, but eventually finds himself back in the city Valreus where the dragon riders live eventually and there he meets Kalai. Kalai went in search for adventure and ends up in Valreus too. Where he’s from dragons roam free, but in Valreus only dragon riders can own a dragon. And Kalai has taken his dragon with him to Valreus. It’s hard to fully explain the scope of the story as that is only the beginning. There are so many twists and turns in this story and different directions than I had expected, but it’s hard to really hint at that as I don’t want to give anything away.

This is a beautifully slow paced story. And I mean slow pace in the best way possible, there is all this build up for later plot lines or plot points early on and I love seeing everything develop and change. And there is so much you see change and develop over the course of the story. I really like the long length of this book as it really gave the author the chance to dig deep into all of this and show the developments everywhere and in everyone. There is the romance between Kalai and Tauran. There is the whole political/ dragon situation in Valreus. There are the wild dragons. There is Leyra, seeing her develop over the course of the book was great. And then there are other side characters and plot points and it was just one big awesome read.

I really had a great time reading this book. The build up and then later development of all the plot points and characters was really well done. The story is slow paced, but there is always something happening or going on. And multiple plot lines that are progressing slowly throughout the whole book. At times it can be hard as it takes sometimes a long time before a certain plot point develops, but I liked it overall and didn’t get too inpatient. There is a bit of tension with earlier set-up for future troubles, but it takes a while for that set-up to pay off.

I really liked the characters in this book. They all feel real and act in a way that makes sense given their personality. Tauran is this physically strong dragon rider who now has a limp and even some big fears he struggles with. He still cares a lot about the dragons and the dragon riders and I enjoyed seeing his character develop throughout the book and have him face his fear and also enjoy life again. Then there is Kalai who wanted adventure and gets so much more than he bargained for. I liked both different these two were from another and had a different outlook or way of dealing with things, but they also agreed on a lot. They both really care about the dragons for example.

The romance was awesome! I really liked how this was set-up, there is that initial spark already, but it builds very slowly. It felt very natural and real. I liked how at a certain point they profess their interest, but they don’t immediately fall in bed together. In fact this 764 pages long book has only two sex scenes if you can call them that, it sort of plays out, but you don’t get any details. And I actually quite liked this here as it fit the story. Their feelings grow deeper first and even later it’s more about how they feel and care about each other than lust. I really felt the connection between these two. I also thought it was fitting they also take time to get physical once they’re safe. I also appreciated how they dealt with conflict in a way that made sense and felt realistic instead of it turning into drama or conflict made larger than it had to be. I loved how these two had each others back even in the tough times. It really was clear how much they care for one another.

Besides the two main characters there is quite the large cats of characters, but they’re all introduced in such a way it never gets confusing who is who and there are some awesome side characters. They all have a role to play in the story even tough some characters play a smaller role than others. There are also plenty of characters who keep showing up throughout the whole book and even important side characters that get introduced later in the book. Arrow was awesome and ofcourse Leyra, we see so much of how she develops in the book. But really I liked most of the characters and even the ones I didn’t like felt realistic.

The ending is pretty awesome. I like how it all felt in tune and fit the style of the book and the epilogue was awesome. There are some minor plot threads left open, but the ending felt satisfactory.

The world building is great too, most of the focus is on the country where Valreus is, but we get to see some of the Sharoani as well. I liked seeing how the dragon riders were part of ti all and how the dragons were treated differently in Sharoani. There were a few small niggles I had with words that seemed a bit out of place, like they mention puppy behavior or fawn colored scales, but as far as I know there are no puppies or fawn in the world. The world really comes to live especially as it’s such a long book and it was great to spend so much time in this world.

To summarize: This was an awesome fantasy book with dragons and a slow burn romance. It’s a long and slowly paced read, but I mean this in the best possible way and it fit the story. There is so much that happens in this book, but it’s all set-up slowly. There are hints and set-ups early on that only later develop. And there are these big developments and changes throughout the whole book. There are twists and turns and it’s all a riveting story. This book had my attention from start to finish and I loved losing myself in this world and spending time with the characters. The characters were awesome and I loved how realistic they all felt. The romance is great too, it’s a slow burn with the focus being on their love and deepening relationship rather than the physical side of things. I really liked these two together and how there were there for one another and I how they dealt with things. There is almost no drama or conflict between them and what conflict there was, was dealt with in a way that made sense for the characters. The side characters all were well done too and felt like real people. And the dragons! The dragons were awesome. I liked the world building and how we got a feel for the world and got to spend time in it and see things change. All in all this was an awesome fantasy book and if you like dragons, dragon riders and slow burn romances I would definitely recommend it. 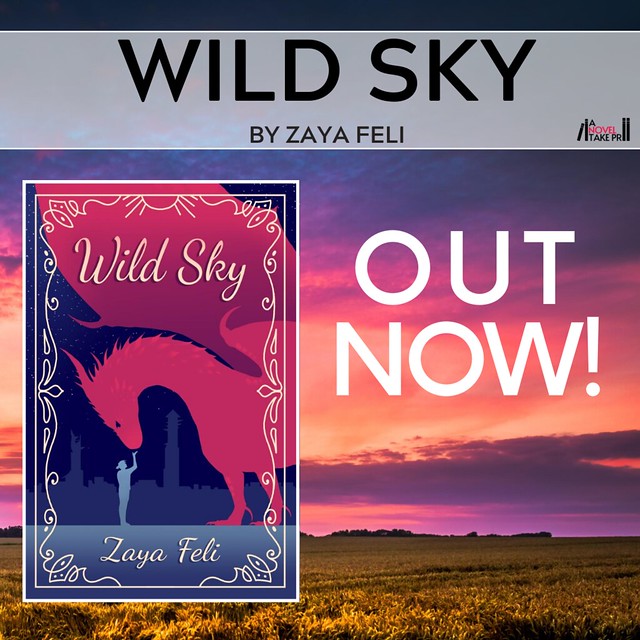