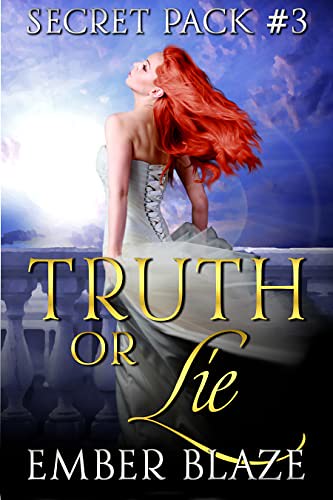 Blurb:
The problem with falling for noble alphas is that they make you want to be noble, too.

As an unregistered omega hiding among the beta elite, my life was never simple. Now I’m a notorious fugitive, and the secret head of the alphomic underground wants me to become the public figurehead in a new revolution.

I always said I wanted to make a difference in the world, but that was before I had a taste of what my life might have been like, in a different world. Pack. Mates. Pups. A life, instead of this constant battle to fight… to hide… to change things for the better.

Can I fight for our oppressed people, and also fight for my mates? Kam and I have pledged to join Jax, Alex, and Flynn’s pack, but that means nothing if we’re all dead or imprisoned.

The brutal leader of the Committee on Alphomic Suppression is gunning for us. A dangerous beta terrorist organization has a new weapon of mass destruction that only kills alphas and omegas. The world stands on the cusp of a new Dark Age.

My alphas will always fight for what’s right.
If I don’t fight with them, do I even deserve them?

Secret Pack is a human omegaverse trilogy where the main character doesn’t have to pick one person. It features protective alphas and the omegas who love them, but no shifters. Strap in for complicated pack relationships set against a backdrop of social upheaval. Series HEA guaranteed.

Truth or Lie is the third book in this series and I was excited to see how it ended. Truth or Lie was a great ending to the series. It wraps everything up nicely and has a satisfying conclusion. There is plenty of relationship development going on as well as the plot line about alpha and omega rights continuing.

This book had a lot to resolve and I think it did it well, but at the same time I felt some parts felt a bit rushed, a bit repetitive and then other parts were really good. I was surprised when I was at 80% and there were so many things that still got to get resolved. For how slow the whole pace of the alpha and omega rights plot line went throughout the series it got resolved quite quickly. I also had some trouble remembering all the organizations and characters and who was who.

This was my first omegaverse series and I liked getting a feel for the genre. The way their biology shaped such a big part of who they are and how this influences their behavior was interesting with the heats, mating, knotting and more. I liked how the author handled it all. I also like the polyamory romance situation in this book. They really felt like one tight pack, although I wish Alex was part of it earlier as I never felt their bond with her as much as there isn’t as much book time with her fully onboard. I also wasn’t a fan of how she eventually got convinced to join it as I rather had it really come from inside herself and a realization she had.

The romance development was my favorite part of this book. While the fight for rights was an interesting one, at times it felt like a way to raise the stakes and create new issues or resolutions for the romance. It just didn’t keep my attention as much in this book as the romance. And even for the romance I felt some scenes where a tad repetitive, while for other scenes I would’ve liked a bit more depth and impact. There is plenty of steam as well as sweet scenes. The epilogue really wrapped it all up well and shows a great future for the whole pack.

To summarize: Truth or Lie was a great ending to this series. I quickly read through it and was excited to see this pack get their happy ending. The epilogue is great and wraps it all up very nicely. I did feel the pacing and progression was a bit off at times. The romance part kept my attention more than the rights plot line. The rights plot line progresses very slowly throughout the whole series, but then suddenly gets wrapped up quickly toward the end. I also felt some scenes lacked a bit impact like when Alex finally decided to join the pack. I also wasn’t a fan of how that happened. What I really liked about this book was seeing them all become one pack and the way they have each other’s back. I thought their connection to each other was great and I had only wished that Alex had been part of it sooner so we could’ve seen more of how she fits in there. All in all this was a great series and I am happy with how it ended.

2 responses to “Review: Truth or Lie by Ember Blaze”