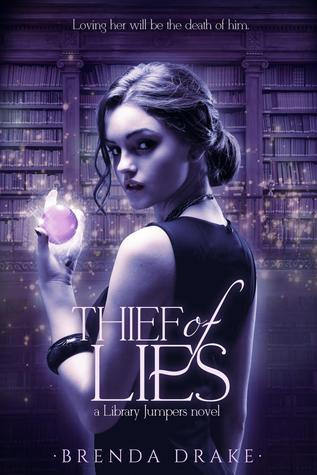 Blurb:
Gia Kearns would rather fight with boys than kiss them. That is, until Arik, a leather clad hottie in the Boston Athenaeum, suddenly disappears. While examining the book of world libraries he abandoned, Gia unwittingly speaks the key that sucks her and her friends into a photograph and transports them into a Paris library, where Arik and his Sentinels—magical knights charged with protecting humans from the creatures traveling across the gateway books—rescue them from a demonic hound.

Jumping into some of the world’s most beautiful libraries would be a dream come true for Gia, if she weren’t busy resisting her heart or dodging an exiled wizard seeking revenge on both the Mystik and human worlds. Add a French flirt obsessed with Arik and a fling with a young wizard, and Gia must choose between her heart and her head, between Arik’s world and her own, before both are destroyed.

Libraries and magic? Count me in! The premise of this book sounded just so cool that I had to give it a try and the pretty cover definitely added to my excitement for this book. This book is exactly what the blurb promises and more. There are people who can jump through books to other libraries and the main character and her friends get caught up in that magical world. It was an exciting read and I enjoyed reading this book, although there were a few parts that were a bit cliché or predictable.

While it’s a long book, the pace was well done, there were a few places where it felt a tad rushed though. There is enough going on and the story kept my attention. I really enjoyed being immersed in this world and learning more about it and the characters in it. I do feel that the focus is pretty much on the story and while the other aspects are well done too, it’s the story and unique concept that makes this book shine.

Gia is the main character and I liked her, she was afraid and missed home, but also knew that this was her new life now. Which I think was realistic. I did wish we would get more of a feel for her emotions at times, in some scenes it was really well done and in others I really wanted to know what she was going through and thinking, like when later on I the book she loses something and it doesn’t seem to affect her at all. She does change over the course of the book as she goes from normal school going teenager to learning more about herself and the world of the Mysticks. There is a bit surrounding her that was a bit cliché and I could’ve done without, but I do see why it is necessary for the story.

The side characters do make the book more interesting, but they do stay pretty flat. Luckily the story more than made up for it, but I wish we learned a bit more about the characters. There are some side characters Mysticks and I kept forgetting who was who as we didn’t get enough of a feel for them. There is quite the large cast of characters which probably made that even harder.

There is a hint of romance and while it was built up nicely, it still felt a bit like insta-love and I just didn’t quite feel it. They were nice together and I did see why they were attracted to each other, but I didn’t really feel their spark or connection. Then there is a hint that it could turn into a love triangle and while she did make her decision, I do have a feeling that it might change later on. I did like the love interest, but I just didn’t quite feel their connection. And there is some relationship drama which I could’ve done without.

The concept behind this book is pretty cool with the focus on libraries and magic. It is unique and the world building behind it did make sense and added a reason to why they used the libraries. There are some battle scene sin the libraries that are pretty cool, although it also felt like a shame to fight there, it did was original and added a certain feel to the battles. The mysticks world was interesting and I did like the world building that we got. I liked the sentinels and the whole globe magic system, but I also wondered about how some things worked exactly. There are wizards, sentinels and other creatures and at times it felt like they tried to put a bit too much into this. There are some things that remain unclear or stay a bit vague, but I am thinking that will be revealed in later books in this series.

To summarize: This was an exciting book and I really enjoyed it. The whole library jumping and magic system was pretty cool. The pace is done well and kept my attention, although there are a few scenes that feel a bit rushed and a few predictable or cliché parts. The story and the unique concept really makes this book shine. I did like Gia the main character, although I would’ve liked to get more of a feel for her emotions and thoughts in certain scenes. The side characters add something to the book, but with the large cast of character and getting to know little about each of them I did have a hard time separating them at times. The world building is pretty cool and the library jumping and magic part was interesting. Although there are also a few things that remain unclear or could use a bit of elaboration. All in all it was a great book and I am curious to see how the story will continue.

Have you ever read a book where libraries played a prominent role in the story?

20 Responses to “Review: Thief of Lies by Brenda Drake”