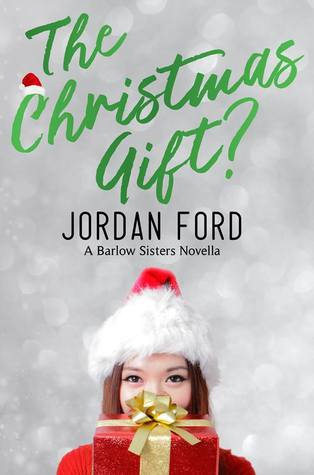 Blurb:
Rahn is counting sleeps until she gets to spend Christmas with her boyfriend Roman. But can she find him the perfect gift to make up for the fact her parents won’t even let him in their house?

Rahn and Roman are in love.
Her parents? Not so much. The last thing they want is their daughter dating the bad boy from the wrong side of town.
For the first time in her life, Rahn is willing to stand up to her family and fight for what she really wants.
But it’s tough.

Roman wishes he could be a better person for Rahn.
He wishes he could leave his checkered past behind, but he just can’t seem to shake it.
He wants to give Rahn the perfect Christmas, but when she takes off without telling him only four days before the big day, he’s convinced he’s lost the girl he loves.

Can he find out why Rahn left? And where she’s hiding?
Can he convince her to come home in time for Christmas?

If you like sweet romance and relatable characters then you’ll love this addition to the Barlow Sisters trilogy.

I was excited to return back to the Barlow Sisters series for a bit with this sweet holiday novella. The Christmas Gift tells the story of Roman and Rahn, two side characters from the trilogy. They already are in a relationship now and this novella is about their first Christmas together. It’s a sweet novella with a bit of holiday cheer and a surprising gift.

This was a fun read, it’s pretty sweet and Roman and Rahn make for a great couple. I liked the start and how they struggled because Rahn’s parents didn’t approve, I felt for them and it was so obvious they were good together I felt sad Rahn’s parents didn’t see that. Then Rahn leaves and there is a bit of mystery/ tension when you wait to find out why.

At first I couldn’t understand why she left, especially as even from her point of view you don’t find out the truth, which was a bit frustrating, but it makes sense once the truth comes out. I hadn’t expected that twist. I don’t really care about the topic and had some troubles relating to Rahn and Roman’s emotions, but I think it was lovely to see how they both handled it.

I enjoyed being back in this series for a bit again, even tough it was only a novella. It was fun seeing the familiar characters again. We see most of the main characters from the trilogy and there are quite some scenes with them in it. I just found this novella a bit short, it definitely is long enough for the story it wants to tell, but I would’ve loved to see how they fell in love instead as now that felt a bit missing as all the novels cover that part of each characters relationship.

Rahn and Roman were both great characters. And while we don’t get to see as much about them as I would’ve liked, it was a great read and I liked spending time with them. The focus is on their struggles, Rahn leaving and their Christmas. It’s about how they fight for their future and how good and sweet they are together. I remember Rahn more from the main books, but it took me a bit more time to remember who Roman was. I liked seeing Rahn’s uplifting, open minded and happy personality and also from her perspective her friendship with Chloe. I felt a bit sad how Roman thought he wasn’t good enough for her, but he sure proved that he was perfect for her.

This novella also serves as a bit of a set-up of the author’s newest series. Rahn observes some surfers when she’s at the beach and the location seemed like a great setting for the author’s next series and I am excited to read that.

To summarize: this was a fun and sweet holiday novella. It was fun to return to the world of the Barlow Sisters for a while and I liked seeing familiar characters again. It also serves a bit as a sort of introduction to a new series the author is writing. I liked Rah and Roman and they are great together. The focus is on their romance and their struggles, which works great and it also has a bit of a Christmas theme. I wasn’t quite sure what the Christmas gift would be be, but I was surprised by the twist. It isn’t my favorite topic to read about, so that part caught my attention a bit less. The ending is great and I liked how it ended on a happy, but also realistic tone. And I am excited for the author’s next series!

What’s the first Christmas book you read this year? Or the first one you plan to read?

6 responses to “Review: The Christmas Gift? by Jordan Ford”