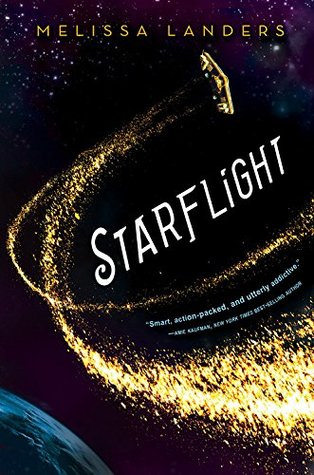 Blurb:
Life in the outer realm is a lawless, dirty, hard existence, and Solara Brooks is hungry for it. Just out of the orphanage, she needs a fresh start in a place where nobody cares about the engine grease beneath her fingernails or the felony tattoos across her knuckles. She’s so desperate to reach the realm that she’s willing to indenture herself to Doran Spaulding, the rich and popular quarterback who made her life miserable all through high school, in exchange for passage aboard the spaceliner Zenith.

When a twist of fate lands them instead on the Banshee, a vessel of dubious repute, Doran learns he’s been framed on Earth for conspiracy. As he pursues a set of mysterious coordinates rumored to hold the key to clearing his name, he and Solara must get past their enmity to work together and evade those out for their arrest. Life on the Banshee may be tumultuous, but as Solara and Doran are forced to question everything they once believed about their world—and each other—the ship becomes home, and the eccentric crew family. But what Solara and Doran discover on the mysterious Planet X has the power to not only alter their lives, but the existence of everyone in the universe…

My Review:
This book was exactly the kind of read I was in the mood for. Set in space, featuring a fun cast of characters and adventure and trouble follows them everywhere. Starflight reads like the YA version of Firefly. A crew that all have their secrets and are running from something, who become as close as family and a space ship that becomes their home.

I quickly got sucked into the story and this is the type of book that only gets better as it progresses. I had a lot of fun reading this book and getting to know the main characters and side characters better and seeing them grow closer. It had at times almost the feel of a tv series, which multiple adventures or troubles they have to solve and an overarching plot line as well.

Solara was a character I liked from the start, life hasn’t been kind for her and she decides to start over in the outer realm. There’s just one problem, namely how she gets there. So she indentures herself to Doran. And eventually that leads them to end up at the Banshee. I wasn’t too happy with what she did to Doran early in the book, but at the same time I could totally get why did that and Doran did kinda deserve it for the way he treated her. I liked reading about her and I liked how she had some character change in this book too, although nowhere as much as Doran.

Doran is a character that had to grow on me. I had read some reviews that already said so, so I was prepared to not like him at first. he was pretty unlikeable at first and goes through some great character development in this book and by the end I did like him. But it did take some time to get there, which was totally fine with me as I liked seeing his character change over time. He’s a very privileged boy at the start of the series, but I felt like he really grown into his own. He got to see more of the galaxy and the people who live there and his world view got shaken up.

There is a sweet romance that also takes some time to develop. It’s a bit of an enemies to lovers romance, which normally isn’t my favorite type at all. But it totally worked here, I liked how these two started out not liking them, but eventually they got to know each other better and grew closer until that blossomed into a romance. There are some great scenes between these two and I liked reading about them.

The story is well paced and I was eager to discover what kind of trouble they would get into next. It wraps up some of the plot lines and leaves things at a good place, but also leaves things open for a sequel. I did feel the ending was well done, but when I finished it I realized I still had some questions left that never got answered, like what happened with certain characters.

One of my favorite parts of this story was how close the crew of the Banshee grew, they all had their own story, which we slowly get to know throughout the story. I was so curious about them all and I wanted to know more. They all made and make mistakes and have some secrets, but they try to do their best and they have each others back. It was great to read about this crew and how close they were.

I thought the world building was interesting, with how in this world the humans have colonized everything and earth is the center and they haven’t found alien life yet. I thought this was an interesting set-up for the world. I would’ve liked getting to know a bit more about this world and how life on other planets was like, but I am happy with the parts we did get and I hope we’ll learn more about this universe in the next book.

To summarize: This was a great YA sci-fi story. It read a bit like a YA version of Firefly, as all the crew members are running from something and have their own secrets and they turn into a very tight group of friends who have each others back. I liked how it read a bit like a tv series with separate adventures, but also an overarching plot. There was some nice character development and I liked seeing everyone grow closer. I liked Solar as a main character and I was impressed by Doran’s character development throughout the book. At first I didn’t like him at all, but by the end I did. I had a lot of fun reading this book and I am looking forward to the sequel and trying out more books by this author!

Do you like YA sci-fi books? What’s your favorite book in this genre?