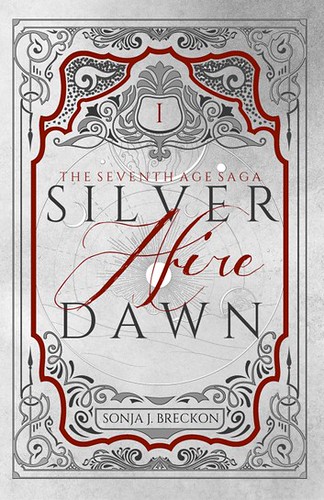 Blurb:
Myridians are coming, each wielding one of Six Cataclysmic Powers that will lay waste to the world and wake the God of Neutrality. What happens when one refuses to succumb to her myridian nature and sets out to save the world instead?

***
SIDRA ANATOLA will soon die a human death and be reborn as one of the myridian, beings destined to destroy the World of Aetheria. In a desperate attempt to change her dark fate, she flees home and the young man she loves to seek help from a powerful entity who has lived through all the ages. But she may not make it in time before she is killed by hunters—or by the love of her life, also a myridian, who fights every day to hold onto the emotions that made him human.

BRESEIS ERISWEN was expelled from the academy and failed her father who expected her to carry on her late mother’s profession as a myridian hunter. But Breseis never wanted to be a hunter—she refused to kill, and she never believed in myridians, to begin with. She leaves home with big dreams, lacking experience, and a broken heart, to prove that she is more than a failed hunter.

Two contrasting paths converge to become a turbulent one. A mouthy intellect with a colorful personality, and a skilled warrior with a frosty attitude, put their differences aside and travel the rest of the way together, robbing temples, angering false gods, and escaping numerous predicaments with their lives. Amid the chaos, they form a friendship despite a gut feeling that both hide dangerous secrets that can save or destroy the world and each other.

I picked up Silver Dawn Afire when I was in the mood for a fantasy book set in a fantasy world and it was exactly the type of book I was in the mood. And at the same time this book really took me by surprise. This book has a whole new world to discover with plenty of things going on, there are gods, magic and world enders and I really enjoyed discovering the world and reading about the characters. There isn’t a dull moment and this book kept me reading, eager to see what would happen next.

Silver Dawn Afire mainly follows the story of two female characters, Sidra and Breseis. Sidra is a human who is destined to die and be reborn as a world ender, a Myridian. Sidra doesn’t want to be a Myridian. Then there is Breseis, who is just a normal girl out to follow her dreams. I liked them both and thought they were interesting characters. I liked seeing how these two met and how slowly throughout the book they grow closer. Then there is Soren, the love of Sidra’s life, we get some chapters from his point of view as well. I liked the clear bond Sidra and Soren had and at the same time it was clear their paths might not align. They are separated for most of the story, but it’s still clear how much they mean to one another.

The plot moves forward with a good pace. There’s always something happening and going on. And I really liked following the story along and finding out what happens next. The story kept my attention and also surprised me multiple times with some twists and turns or by going in a direction I hadn’t expected. It kept me guessing and even then when I knew this book could surprise me it did so again at the end. The ending feels like an important point in these characters their journey. It wraps up a stage of their journey and it feels like a fitting ending, at the same time it’s the type of ending that makes me eager for the next book as I have to know what happens next.

The world building is this book is done very well. It feels fresh an unique, even though it has elements I’ve seen before in other books, it combines them in a unique way. I really liked leaning about the world, about the gods and deities and how they influence the world. And then there are different races and people who can use magic called crafts who live in this world. And then the world enders and how they’re meant to destroy the world an awaken the god of neutrality so a new age may start. I liked how the author sprinkled the world building throughout the book. There is a prologue that kinda sets the stage and gives some background to the world, but after that it’s the type of story where you figure out more of the world the further you get in the story. There also is a dictionary of sorts at the end where important terms are explained.

To summarize: I really enjoyed this book. It grabbed my attention from the start and kept it. the story is engaging and I enjoyed seeing where it went. The pace is well done with every chapter feeling like something important happened or furthered the character’s journey. I really liked Sidra and Breseis, they are both likable and interesting characters and I really enjoyed seeing them become friends as the book progresses. There are plenty of twists and turns. I was never sure where the plot would go next and even when I thought I did, the book managed to surprise me. The world really comes alive as you read and I liked the world building. There are gods, deities, different races and magic. And the way these elements are combined feels fresh and unique. I really enjoyed this book and am looking forward to see where the series goes next!