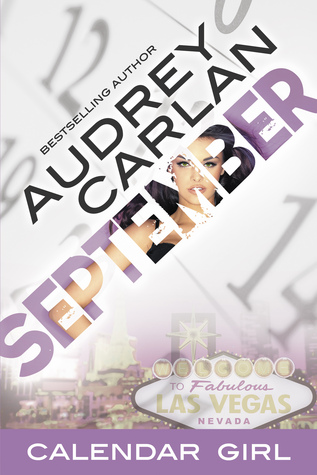 My life felt like a fast ride on a too short highway. Coming home should be roses and rainbows, but nothing that comes out of the desert blooms free. I was most certainly not free. I’d missed my payment to Blaine, owed the last client a hundred grand I didn’t have, and my father was on his deathbed. To make matters worse, Wes was missing in action. As in, no one had seen or heard from him in three weeks. Devastation didn’t begin to explain where my mental state was at.

Like anything life had thrown my way, I pulled on my big girl panties, not the sexy lacy ones I enjoyed teasing my guy with, but the kind that said, “This ass means business.”

I had no choice but to make the decision I made.

My ex, the man that ruined the concept of love for me, put my father in the hospital, was about to get everything he ever wanted…at least that’s what I led him to believe.
***
In the ninth book of the Calendar Girl serial, Mia rushes back home to Las Vegas, Nevada. Things have taken a turn for her father, putting her into debt up to her eyeballs.

My Review:
September continued to shake things up for Mia and I think this might’ve been one of her most difficult months so far. It’s like everything bad happened at the same time and I personally thought it was a bit much. This book is filled with drama. And there’s this plot twist that I didn’t like at all, it felt unrealistic and like it was added there to make things even more difficult and then the decision Mia had to make. There was a disgusting scene that I skimmed, because it felt so wrong. And that creep she owns money to makes an appearance in this book and I really dislikes him and the scenes involving him. Overall this was one of my least favorite months, but it did got better towards the end.

Really everything that could go wrong seems to go wrong in this book, lots of things at the same time and even so it felt some parts dragged on a bit. The plot twists with the money and Wes just seemed a bit too much and I rather have the focus being only on her dad. But there are also good things that come from this month. I liked how Mia had a talk with Matt and we see Mia her sister Madison a bit more in this one. And Max made this book a lot better too. Max is awesome, how he is there for Mia and Madison and supports them. I really was impressed with how he handled things and made sure they took care of themselves and he is there for them, helping them get through this. I really liked that part.

Just like every month so far, this month is another part of Mia her journey and I hope for that after this month things get smoother again for her. I did think what happened in this book made Mia realize how much she really cared for Wes and I think she needed that, but I still didn’t fully like the twist surrounding Wes. It just felt off to me and didn’t quite work for me. Still this month felt like an important month in her journey, but it just didn’t fully work for me. And I understood Mia wanted to do everything herself, but I also think she should learn to accept the help offered sometimes.

To summarize: I didn’t enjoy this month as much as the previous months. Mostly because of a plot twist that felt very unrealistic to me and didn’t quite work for me. There is a lot of drama and bad things that happen in this book and it just felt a bit too much. There were some good moments as well, like Mia her talk with Matt and I really like max. He really showed his personality in this book and how he was there for Mia and Madison and it was awesome. So overall I have a bit of mixed feelings about this episode, it had some good parts and some not so good parts.