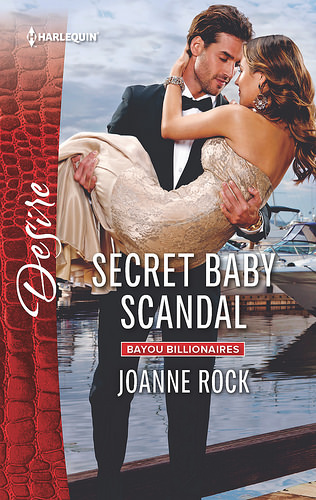 After reading book 2 in this series, His Secretary’s Surprise Fiancé, I was curious to read the other books as well so I was excited when I also got a copy of this book for review. I still haven’t read book 1 and 3, but these books can be read as standalones as well. I enjoyed this book, it follow Jean-Pierre and Tatiana, they had a short romance as kids and then didn’t see each other for years due to an unfortunate family fall-out. then they meet years later in the courtroom for a case from another football played and they share a hit night passion. Until this book brings them together again.

It’s a nice quickly paced and enjoyable book. It was a tad predictable at times and I never got into it as much as book 2, but overall enjoyed reading this one. Jean-Pierre gets a big surprise when he hears he is a father and it was interesting to see them both figure out how to handle parenthood and each other. I also liked that these two already had a past, but even so I didn’t fully feel their connection as much as with the couple in book 2. There’s a bit lack of communication a few times and a scene that went a bit too predictable for my tastes, but then the end did make up for it with a nice romantic scene.

I had a bit of trouble getting a feel for the two main characters and while I enjoyed their story I never fully got a feel for them. I did like Jean-Pierre with his focus on his work and sport and how he was logical and approached every game with a plan. Sadly that approach didn’t always work as well with Tatiana. And I wished they had talked things through a bit, he can be very romantic at times, but has a hard time ignoring his head and leading with his heart. Tatiana we mostly see as mother with how she cares for her son and doesn’t want him to grow up with parents that don’t love each other. She wants the best for him and I thought that was great how she fought for what was best for her son, but also made sure his father would have a part of his life. And we get glimpses of her youth relationship with Jean-Pierre. I did like the depth their past gave them and we get a few memories and snippets of what happened in their past, which was a nice touch. I had hoped they talked a bit more about that night about a year ago that eventually led to their son.

The football part is only a small aspect of the book, but it is fun how it’s interwoven into the book and how all the brothers have some sort of connection with the sport. The great things about this being the last book is that it brings all the character of the previous books together, even though I haven’t read book 1 and 3 yet I really enjoyed seeing all the character together and seeing the couples interact. It did give me a bit of a feel for the other couples too and I hope I can get around to reading book 1 and 3 eventually as well.

To summarize: This was a fun book and the last in this series that not only tells this couple tell their story, but also brings all previous characters together for a few scenes. I read this series out of order and can say these books can be read well as standalones, although we do get appearances of the other main characters. I enjoyed this book, although there were a few instances of lack of communication and the plot was pretty predictable. I never fully connected with this book as much as book 2, but I did enjoy reading this story. I liked the romance and how they had a past together and we get a few glimpses of that too. There are also a few fun scenes involving all the couples of the previous books as well. 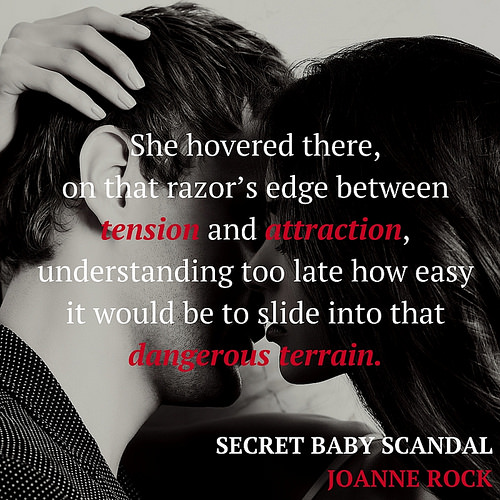 Excerpt:
Son?
Jean-Pierre had taken hits from the toughest, strongest, meanest players in the NFL. Afterward, as he lay in the grass with his ears ringing and his vision blurred, he would struggle to snap out of the slow-motion fog that felt kind of like being underwater.
That was exactly how he felt walking into Tatiana’s apartment, her words slowly permeating his consciousness along with the cry of an infant. Dazed, confused and trying to stand up straight despite the floor shifting under his feet, Jean-Pierre stood in her foyer and waited for her to return from wherever she’d disappeared.
“Mr. Reynaud?” An older woman in a simple gray dress stepped into the living area to his right. “Miss Doucet asked if you wouldn’t mind joining her in the family room. It’s just past the staircase on the left.” She pointed the way and then went about her business, picking up a few things in the living room.
A bright blue blanket. A baby bottle.
Seeing that bottle was like the second hit when you were already down.
At the same time, it was enough to make the mental fog evaporate and get his feet moving.
Fast.
He needed answers now. Hell, he needed answers months ago. Tatiana had done a whole lot more than throw his career into a tailspin tonight with her unguarded remark to a member of the press. She’d been hiding the biggest possible secret that was going to bind their lives together forever.
“Tatiana?” Her name was a sharp bark on his lips as he entered the spacious suite overlooking Central Park.
Framed playbills lined the walls along with photos of Tatiana and her family. Tatiana with her father at her graduation from Columbia. The Doucets outside of a downtown skyscraper with the brass name plaque of her prestigious law firm. Every picture was a reminder of the life he might have had with her if her family hadn’t turned her against him.
A blaze crackled in a fireplace on the far side of the living area. And beside it, in that warm glow of flickering light, he spotted her on the dark leather love seat, cradling a tiny bundle of blankets to her breast. Tatiana’s dark brown curls shielded her body as much as the blanket, the firelight making the skin of one shoulder glow where she’d unfastened her dress to feed the baby.
Her baby.
His…son.
Something shifted inside Jean-Pierre, his whole world tipping on its axis as everything changed irreversibly. 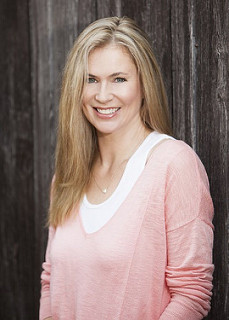 About the author:
Three-time RITA nominee Joanne Rock has never met a romance sub-genre she didn’t like. The author of over seventy novels enjoys writing contemporary romance and medieval historicals alike, recently exploring Young Adult romance under a pseudonym. An optimist by nature and perpetual seeker of silver linings, Joanne finds romance–in all its forms– fits her life outlook perfectly. When she’s not writing, Joanne enjoys travel, especially to see her favorite sports teams play with her former sports editor husband and three athletic-minded sons.

Giveaway
There is a tour wide giveaway. One prize is a U.S. Prize Pack giveaway including, MY SECRET FANTASIES by Joanne Rock, PURSUED BY THE RICH RANCHER by Catherine Mann, emery boards, lip color, notecards, towel. And the other prize is an International Giveaway including a set of Runaway Brides Series ebooks.

Have you read a book with the secret baby plot?