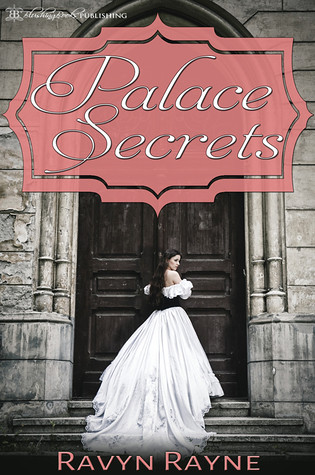 Blurb:
Love comes in many forms and always at a price.

At twenty-three, Princess Isabella must settle down for the sake of her kingdom. Caught up in a secret affair with her lady-in-waiting, Hannah, the princess knows it can only last for so long.

When Prince Alexander arrives to court her, he confides that his father is on his death bed, and he will be crowned king soon. Isabella hastily agrees to the proposal, desiring to be queen, knowing little about her soon to be husband.

My Review:
I read a review for this book on a book blog and it sounded fun and original and decided to give it a try. I bought it with some amazon gift card money I had left and started reading it almost right afterwards. While I like the concept and did enjoy this book I also felt like it had potential for more. I didn’t realize at first that it was a short story and in my opinion it could’ve easily been a full length novel as there were so much places that missed depth or the author could’ve elaborated more on.

The first 30% felt really rushed, things happened, but there was no explanation, no details, just rushing forward with the plot and it was hard to get my footing in the story and like the characters when it felt so rushed. After the first 30% or so it slowed down and I was grateful for that and could get a better feel for the book and enjoy it more.

Palace Secrets starts with princess Isabella, she is secretly in love with her lady-in-waiting. Then one day a prince comes to her castle and asks her to marry him. She doesn’t hesitate and says yes and they marry the same evening, which all seemed a bit weird and rushed to me. Don’t they need to prep for a wedding and announce it and invite guests? And it felt weird how Isabella accepted his proposal so fast and then later tells prince Alexander that she scared all the other people away who were potential husbands, but he didn’t even try and convince her to marry him as she so easily agreed. And then they have the wedding on the same evening and she already feels herself falling in love? It just felt like too much, too soon. And especially with how she also claims to be in love with Hannah, it felt like she agreed to easily to everything Alexander wanted. I expected a bit more drama around this and a bit more conflict with how she was in love with Hannah, but had to be with Alexander for their kingdoms/ political reasons.

Then some conflict follows, Isabella witnesses something she shouldn’t have, but only towards the end finds the courage to ask about it. On the one hand it was something horrible and I didn’t get why she didn’t run faster and on the other hand I felt like she didn’t have all the pieces and should’ve asked for those. Then there is some conflict concerning the side characters and Hannah and another too quick love and it just all felt a bit off. Although it was fun seeing it all play out and see how it got resolved and one of the twists even surprised me.

While I did enjoy the story I didn’t feel like I was completely in it, the story just seemed a bit off and I had a hard time connecting with the characters as I felt like there wasn’t enough time to get to know them. I also wasn’t really sure what to think about Isabella, there were a few scenes where she just annoyed me and where I wish she asked for me. She was complaining she didn’t know her way around the castle or knew about the politics, but never outright asked Alexander. Then there is this female guard plot line that never got resolved and the rebel plot line. It get’s set up and then we never learn more about it. And then book ends on a hopeful note, which I liked, but it leaves so many plot lines unresolved.

While this book is an erotic historical romance, it was pretty mild on both those fronts. There is quite some focus on the romance and relationships, but there are only a few sex scenes and they involve some mild spanking. There are F/F, M/F and M/F/F sex scenes, but the M/F/F only comes into play towards the very end of the book. I had expected this to come into play earlier. Then this book is supposed to be a historical book and takes place somewhere in the past, but I had no clue when or where and it just felt like the author picked the historical setting so she could make them a prince and princes. There was no world building and no information about the historical setting or politics and that disappointed me. I also had no clue whether this took place in the real world or a fantasy historical setting as there were so little details both seemed possible. There is talk about rebels, but with so little understanding of the countries and politics, it just felt like a plot line to put some suspense or fear into the plot.

To conclude: overall I did enjoy this book, but it had potential for so much more. There were some great concepts, like the historical setting and how the princess is in love with her lady and waiting and has to marry a prince. But it never get fully explored or put to use, it felt like the story could use some more meat, some more elaboration. Just more of everything. There are plot lines that are set up and never resolved, then some plot lines that feel rushed or develop too fast. It was hard to connect to the characters and there wasn’t enough focus on the historical setting, the politics and the how or why. So while it had potential, it fel a bit flat. It was still an enjoyable read and if you are looking for a short fun read with an interesting concept I would recommend it. For me I was just hoping for more and felt like it didn’t live up to it’s potential beside being enjoyable.