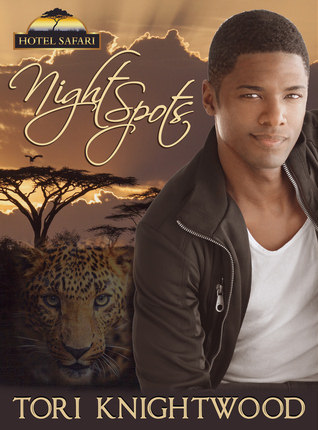 Blurb:
She knew she’d fall in love with Nairobi, but not in Nairobi.

Tara Murray is an Aussie on a mission to see the world. Her gap year has been enlightening, but gets much more exciting when she meets a Kenyan-American heartthrob with a killer smile. But she’s not in Nairobi to meet guys, not even to help her get over the unrequited love she left behind.

Nelson Kimani isn’t looking for a serious relationship. He’ll only be in Nairobi for a couple of months, following a semester working at a safari lodge, and then he’ll head home to the U.S. to finish his graduate degree. But Tara knocks this leopard shifter off his haunches. He wants to get to know the bold, curvy Aussie better, physically at first, and see where things go. But she won’t let him in.

What will happen when Tara discovers Nelson’s biggest secret, the wild animal inside?

My Review:
After reading the first book in this series I decided to continue this series and jumped into book 2 and since then I have bought the box set with the whole series. These books are fun short reads featuring an unique setting and shifters! Night Spots follows Nelson and Tara. It takes place in Nairobi and the Hotel Safari there, but they also take a trip to the lodge where book 1 mostly took place.

I liked the slightly different focus in this book with how it took place in a city and I liked how I learned a bit more about Kenya thanks to this book. The author pulls of the setting well and gives enough descriptions so you can visualize things. I always like hotels as settings too, so that was an added bonus. The pace of this book was better than book 1, things developed quickly but it didn’t feel as rushed as book 1, although things at the end got wrapped up a bit quickly and I wouldn’t minded a few more scenes before the epilogue or a bit more about the shifters.

I liked Nelson and Tara. Nelson was a bit of a charmer, but also very kind and a gentleman. He didn’t push Tara even though he did make it clear he would like more. Tara isn’t looking for a fling and has a boy at home she crushes on (who doesn’t return her affections), so at first she only is looking for a friend, but it was fun to see when things developed into more. Their romance was sweet, with a bit of heat toward the end.

I found it interesting how Tara reacted when she found out Nelson was a shifter, it felt quite realistic and while the actual discovery scene was similar to book 1, her response was very different than the female main character from book 1. There is a not a lot of world building surrounding the shifters, but it works for this series. It stays pretty basic with the focus more on the story and the romance. But I do like how one of the characters is a shifter and that we see a few scenes about that.

To summarize: I had a lot of fun with this short novella. This series is great if you’re looking for a fun and short paranormal romance read set in an unique setting and with a bit of heat. It was a quick read and I wouldn’t have minded a slightly longer book, but the pace felt well done and we get a feel for both characters. Things develop quickly, but it didn’t feel rushed. It felt realistic and believable how things progressed and I thought it was interesting to see how Tara reacted to finding out Nelson was a shifter. I liked the romance between these two and how it took a while before they acted upon their feelings. It was a fun read and I look forward to the rest of the series.

Do you like series where each book is novella length?