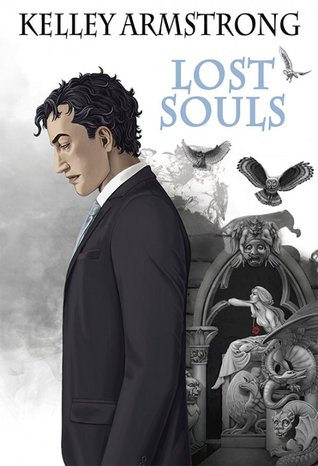 Blurb:
The disappearing hitchhiker is one of the hoariest urban legends, and no one knows that better than Gabriel Walsh, a lawyer who grew up on folklore and myth. When author of books on the supernatural Patrick brings Gabriel a case of a hitchhiking woman in white who vanished on a country road after accepting a ride from a businessman, Gabriel knows the Cainsville elder is just trying to wheedle into his good graces. But Gabriel is a man in need of a mystery, one that will get him back into someone else’s good graces. His investigator, Olivia Taylor-Jones, has blown town supposedly on a simple vacation. But when she left there was a rift between them and…he misses her.

Gabriel is well aware the only thing Olivia loves more than a good mystery is a weird one, and this hitchhiker case more than fits the bill. As Gabriel digs into the story, he’s forced to face ghosts of his own and admit that the woman in white isn’t the only one who has lost her way.

I love Kelley Armstrong her Cainsville series and this novella is an awesome addition to that series. I would definitely recommend it to fans of the series and even more for those who like Gabriel. This novella is told from Gabriel his point of view with a few short chapters from Patrick in between. I really like Gabriel, he’s one of my favorite characters in this series and getting to spend a whole novella in his head was awesome.

I feel like we get an even better understanding of him in this book. How he feels over what happened in book 3 and how it effects him and also why he keeps doing those things, we even see him do one of those push away actions in this book and get to see what goes through his mind while he does it. And through it all it’s so obvious how much he cares about Olivia.

There’s a bit of a mystery, Patrick brings the case to Gabriel hoping to get his attention. It works and Gabriel takes the case. There’s a lot of figuring out what’s going on and what the disappearing hitchhiker is. But besides that there is also a lot of character focus, we see how Gabriel interacts with Liv and even how Patrick interacts with Liv. And we get to spend more time in Gabriel’s head seeing how he thinks. It was interesting to have this whole story without even getting Olivia her point of view as that’s whose point of view we mostly get in the main books.

It was great to spend time reading from Gabriel and Patrick’s their point of views and this novella does add some character depth and understanding even if it doesn’t advance the main plot line. It almost could be read as standalone as the events here don’t impact the main story, but at the same time it would contain spoilers for those who haven’t read the series, so I would recommend to read it in order if possible. It’s set between book 3 and 4 and also makes some references to another novella that was written in between these books. It was nice to get those other hints of the ongoing story and it was easy to imagine when this would take place. So it felt firmly set in the timeline of this series with mentions of what happened in earlier books. The mystery itself is contained to this novella, it has a beginning and an end. It made for a great read.

To summarize: This was a great novella and I really enjoyed it! I would recommend it to fans of the series who want more Gabriel. The whole novella is told from Gabriel his point of view, with a few Patrick chapters in between. It really helped give even more understand and more depth to his character. Gabriel is one of my favorite characters in this series, so I loved spending time in his point of view. It was obvious how much he cares about Liv and it was heartbreaking to see how he keeps messing things up and can’t help himself. He’s fully aware what he’s doing and how it sounds, yet he can’t stop pushing her away in certain situations. There’s a small mystery that gets resolved before the end of the book, but mostly I would recommend it for the additional time spent with the characters. All in all a great read.

Do you like novella’s that mostly add character depth?