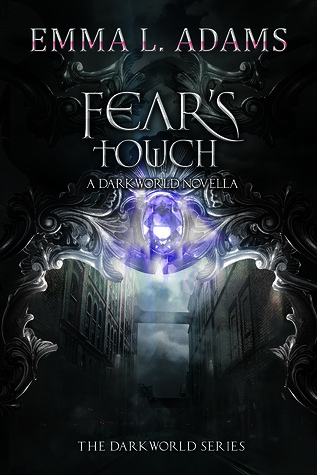 I got both this one and the second book in the series for review, so I decided to start this one first to get back into the world of the Darkworld. It’s been awhile since I read the first book, so I really liked getting back into the series with this novella. I couldn’t really remember Claudia and which exact role she had in the first book, but that didn’t matter and this book was easy to follow and understand and as the book progressed I remember more about the first book. It was fun to read about Claudia her introduction to the dark World and how she deals with it and how that’s different from Ash. This novella takes place one year before the first book.

The the start of the book felt a bit off, like there was a recap of past events and only then the story starts about how she goes to university and it got better. While the recap was nice, it felt a bit too much like a recap. The pace didn’t feel rushed though and I felt like a novella was the right length for this story.

I thought Claudia was a fun character to read about and I liked how she did her best to become friends with Berenice even though she wasn’t always pleasant to be around. She also was a helpful person who got way more involved with the magic aspect then she hoped, but it fit her. We also meet some characters from the first novel here as well. And there was a character named Lola, it’s always fun and a bit weird when a character in a book has the same name as you, especially when you’re nothing alike. Although I do have a four poster bed just like her, lol.

There not much that this novella adds in terms of world building, but it does add some background and gives a new insight into Claudia as a character and her past. It’s a nice addition to the series and it was a fun read.

To conclude: This was a fun and short novella and a nice addition to the series. The first part of the book felt a bit like a recap, but after that it got better. I liked seeing more from Claudia and her part of the story.

Other books by this author I read and reviewed:
– Emma L Adams – Darkness Watching (Darkworld #1) – 4 stars