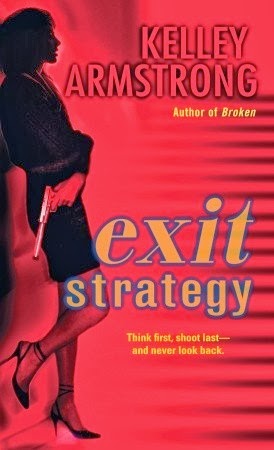 Nadia Stafford is one of the world’s few female contract killers. A former cop, drummed out of the force because of a scandal, she is an expert at disguise and cool under pressure. But when fellow hitman Jack arrives on the scene, Nadia’s very private existence is seriously challenged.

A series of victims are being murdered seemingly at random all over the country — different areas, different walks of life, different MOs. There is nothing to tie them together except a random page torn out of a single book: Helter Skelter. But does the Helter Skelter killer — as the hysterical media now dub him — have a real connection to Charles Manson? Or is there something even more sinister at work?

Is this, in fact — as Jack believes — the carefully planned exit strategy of a fellow professional killer, determined to leave the life, but equally determined to clear up an old mistake? And, if so, which is the real victim?

Now, the highly suspicious and secretive hitman community will have to break their cover — at least, to each other — and help take down this killer before the cops and the Feds discover his true connection to their own secret, exclusive society.

My Review:
While I am a big fan of Kelley Armstrong, it took me quite some time to pick up her Nadia Stafford series. At first I was so into the paranormal genre I thought I wouldn’t enjoy this series, then i eventually bought it and read more genres. But I still wasn’t sure whether I would enjoy this series. Now I own this whole series and decided it was finally time to pick it up.

Exit Strategy is really different from Kelley her other books, but it still has a lot in common too. I love Kelley her writing style and I quickly got into this book and wanted to know what would happen next. It starts a bit slowly giving some background information about the life of Nadia, before the real story of the serial killer starts. I really enjoyed this book, there is a lot of suspense and figuring out things and sort of detective work.

I don’t read a lot of books with a murder mystery, but I found out I really enjoyed them. There is just something so fun about trying to figuring out who the killer is and seeing them follow different leads.

I really liked Nadia, from the start I liked her. She is such a great character, she has the right motivations for what she does (if there even is such a things) and the author doesn’t shrunk back to also shows the blacker parts of her. The side characters are nice too, I really liked Jack, he is so to the point and really Jack. I wish we got to know more about him though, because well we don’t get to know alot about him because he doesn’t tell and talk a lot, but he seemed like a really interesting character. Evelyn was also a nice character, although i couldn’t really get a good idea of who she really was, but I think that was intentional and I would like to see more of her in the next book.

There are also some chapters from the third person view of the murderer and the victims, those chapters where a bit hard to read sometimes, because I knew they where going to die and in the chapter there was still enough to get an idea of them and their life that I felt bad knowing they would die.

To conclude: I really enjoyed this book and I can’t wait to read the next 2 books in this series, because I have the feeling they are going to be even better than this one. The story was enjoyable, although a little slow at times. The characters where great and I want to know more about them. I love Kelley Armstrong her writing style and am so glad I finally decided to pick this book up.