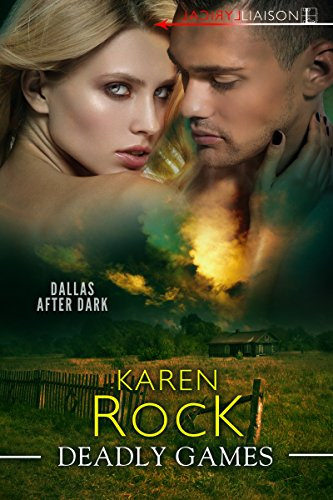 Blurb:
ONE NIGHT ONLY
Special Agent Katherine Bowden doesn’t do girls’ nights out. She doesn’t do blazing hot dances with male strippers or unbelievable, uninhibited one-night-stands. If you ask her ex, all she does is work: study evidence, profile criminals, track them down. And now Katherine’s back home in Dallas, with a new set of all-male colleagues second-guessing her every move, and a possible serial killer hunting women just like her. But just this once, Katherine is going to try all those things she doesn’t do…

Growing up on the Reservation led Nash Hawkins down paths he’d rather forget. When his dream of joining the police force was crushed, he turned his hard body and wicked imagination into a meal ticket. His chemistry with Katherine is like nothing he’s ever felt. And though he’s sure a woman like her won’t want to get seriously involved with him, Nash knows things—things that might help catch a killer.

Nash and Katherine can save lives, if they put aside the desire that torments them both. But the closer they get, the more they have to lose…

I received a free copy of the book through Netgalley and am voluntarily reviewing it.

I really enjoyed the first Dallas After Dark book and started this one with high expectations. While Deadly Games is a great read, there sadly were a few things that didn’t work as well for me. i did really liked Nash and the romance was well done too.

Deadly Games starts with a creepy prologue of a women captured in a dungeon by a serial killer who tortures her, the scene ends before you figure out if she makes it out alive. That’s where my doubts about the book started. I am not a fan of gruesome scenes and this book definitely bordered on that for me. I am glad the author didn’t provide too many details or graphic scenes, but it still was obvious that the serial killer tortured his victims, then killed them and dumped them somewhere to be found by the policy. It was a tad too dark for me and reading about the serial killer made me a bit uncomfortable. Luckily there are lots of scenes where they don’t talk directly about the gruesome acts the killer performs, so i could still enjoy the book for the most part.

I don’t think this happened to me before in a suspense or mystery book, but I figured out who the killer was very early in the book. The female main character Katharine is a criminal profiler and the profile she sketched of the killer was so good I figured out who the killer was before I was one third in the book. And I am talking about that moment where you’re almost absolutely sure you’re correct. I was. And every bit of information and hints that came to light after that just made me more sure my guess was right instead of shedding doubt. This totally removed any tension or mystery for me, except for the scenes with the killer in which I wondered if they would figure it out now. The mystery was almost boring to read now as it was so clear to me who the killer was, but the characters didn’t see it. Which also makes sense as they are in the middle of it instead of looking at it from the outside. It just make it hard for me to be as engaged in the story as I had hoped.

Besides that I also felt some of the policy scene felt a bit unrealistic at times? They almost felt like amateurs sometimes. Katharine went after suspects based on hunches and there was very little evidence at times. I wouldn’t have minded a bit more investigating and proof concerning the red herrings? While in cozy mystery featuring amateur sleuths I wouldn’t have minded that behavior at all, but here we’re talking about a policy investigation. Or maybe I just hope real investigations go better than this one.

I also would’ve liked a bit more descriptions at times, it was hard to visualize some scenes now as there were so little details given. The side characters also stay petty flat, except for a few that are fleshed out a bit. On the other hand, this did mean the focus is strongly on both the romance and the suspense plot line. The author did strike a great balance between the romance and suspense plot lines.

So those were the parts that didn’t quite work for me, luckily this book has a lot of good parts tough. I really like Karen Rock’s writing style and this book was no exception.The story and romance did flow well. And I really liked Nash. The romance also was well done. And the epilogue was great. I also liked the small cameo appearance from the two main character of the first book.

Katharine comes across as a bit cold when we first meet her, but I did warm up to her eventually. Nash tough I liked from the start. I thought Nash was a great character, I liked how he had some vulnerabilities, but also was very confident and capable. He trusted his intuition, cared about his family and was clear when he told Katharine how he felt about her, although he could be a tad overprotective. But with the dangerous case they’re solving, that did make sense. I liked Katharine well enough and I think she was a great partner for Nash, although I never warmed up to her as much as Nash. I liked how much she believed in Nash and trusted him, especially how she encouraged him to follow his dreams of become a police officer.

I liked how these two met and how they started working together on the case. Their first meeting is in the strip club and they have a one night stand, which eventually turns into more one night stands and grows into something more. It made sense how and why they worked together on the case and it was a good way for them to slowly grow closer. I liked the romance plot line and how it was low on drama. Although I wouldn’t have minded seeing some of the conflict worked out a bit more as now they had these reasons for not getting into a relationship, but they felt a bit thin and weren’t as much of an issue at all. They were great together and I liked seeing how their instant attraction grew into something more.

While this book is book 2 in a series, it can easily be read as a standalone. There is only a very small tie in with book 1, namely that Nash works at the strip club that’s the focus of book 1 and the strip club plays a role here as well, although way less than in book 1. There is one scene in which we meet the main character form book 1, but it’s only a small cameo appearance. I actually would’ve liked to see a bit more of a connection between the books.

To summarize: This book had a lot of good parts, but I also had some issues with it. I wasn’t able to get fully sucked into the story at times. The whole serial killer plot line was a bit too too gruesome and dark for me at times, although the author didn’t provide too many graphic details it was still clear what happened to the victims. I managed to figure out who the killer was very early in the book, which kinda ruined the tension and mystery, as every clue just made me more sure of my suspects into of making me doubt it. The side characters stayed a bit flat, but a few of them got a bit fleshed out. I really liked Nash, he was caring and sweet, confident and also had some vulnerabilities. It took me a while to warm up to Katharine, but I did like her. The romance was great, low on the drama, but with some instant attraction that slowly turns into more. While part of a series it can easily be read as a standalone, as it only has part of the same setting as book 1, but that’s mostly the only connection.