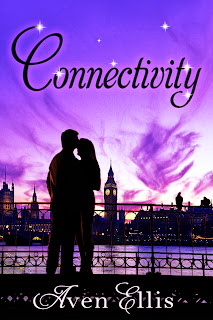 
Blurb from Goodreads: Overachiever Mary-Kate Grant (who is indeed named after an Olsen Twin) has followed every rule to the letter to pursue her dream of working in TV programming. Ripping a page from the “hard work pays off” playbook, she takes an assistant level job at a Chicago sports network to break into the industry.
MK has no time or desire for a relationship right now—she is totally focused on her career and being independent, unlike the other women in her family.

But MK’s plans are run through the shredder when she finds herself working for William Cumberland, a British media mogul who made his fortune with Connectivity, a social media site. William blows into Chicago just like the winds off Lake Michigan and purchases the group of networks MK works for—and makes her his personal assistant in the process.

Suddenly MK finds her career plans in jeopardy. William makes her question everything she has ever thought and has the uncanny ability to see right through her. And for the first time in her life, MK finds herself not only questioning what she wants for her career but for her personal life as well…

The blurb of Connectivity sounded good, so I decided to accept this book for review. There where some parts I really liked, but also some moments that I got annoyed. Overal I enjoyed this book and would recommend it if you are in the mood for enjoyable romance book.

I really liked the 25% of the book, Mary-Kate meets William and I liked reading how they got to know each other. I really liked the banter between the 2 of them especially in the beginning of the book when their relationship was still developing. It was really enjoyeable. Gradually there were some things that annoyed me sometimes, some words and prhases where a bit overused and at a certain moment it felt a bit fake that every British person says “Bloody Hell” regulary. The writing style became a bit annoying as the story progressed. I did really enjoy the ending, it wrapped it up very nicely. There was a scene right before the ending that I felt was a bit unessecary and I was almost glad such a scene wasn’t in this book, but then it was there. Just like most romances the plot is a bit predictable, but still enjoyable.

There where also some things about the setting that confused me, like I couldn’t get a good grip during the story at how rich and well-known William was. There are some moments that it is hinted that he is some sort of celeberity, but other moments he drives his own car and doesn’t have any security around him or he goes out with Mary-Kate and only after they did that a lot of times they are photopgraphed and land in some magazine. I just couldn’t get a good grip on some of these things. Another thing was Connectivity, I did like the focus on a social network, but there isn’t a whole lot of information about it. Or what it is exactly and how Facebook and other social media sites are doing now. I know this probably isn’t relevant to the story, but I still wondered about it.

I really liked the two main characters, Mary Kate and William both have their own personalities. Mary-Kate is clumpsy and career focussed and way too nice to her annoying sister that keeps bugging Mary-Kate about her upcoming wedding. William was career focussed and kept his feelings really close to his heart, not letting anyone in, until Mary-Kate came along. There are some side characters, but beside a few personality traits there isn’t a lot we learn about them. The focus is really on Mary-Kate and William.

The romance was nicely paced, not too fast and not too slow. The only fact I didn’t like was that William was so uber rich, I think I just have read a bit too many books with a rich male. Overal their romance was sweet and nice and it was great to see them both develope thanks to their relationship.

To conclude: I really enjoyed this book, but had some issues with it too. I liked the story, but sometimes the writing style and overuse of certain words and phrases annoyed me. The two main characters where great and felt real, but the side characters didn’t get much attention. The romance was sweet and nice. I think I would’ve prefered a bit more background story about some issues, but overal this was an enjoyable read.

You can add Connectivity to your to-read list on Goodreads

You can buy your copy of Connectivity here:
– Amazon