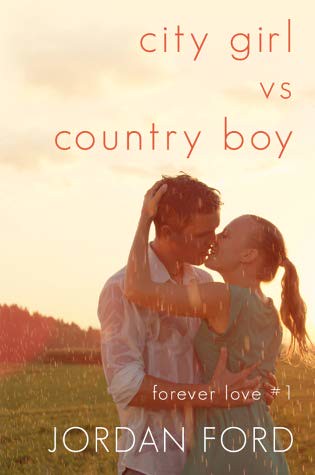 Blurb:
A tragic accident brought them together. Will devotion be the glue that mends their broken hearts?

Eighteen-year-old Harper’s perfectly planned city life changed in one devastating instant. While she prepared for college, her parents died in a horrific car crash, leaving her and her younger siblings to a distant family friend. And when she sees their assigned guardian’s backwoods house, the only redeeming feature is the kind boy with the charming eyes.

Laid-back Tane is struggling to figure out his unfortunate situation. Already angry and confused over his mother’s betrayal, the arrival of five orphaned teens throws his shattered world into further chaos. And though he does his best to support them in their grief, he longs to help lovely Harper let go of her pain.

As she struggles to bear the responsibility for her troubled siblings, Harper finds unexpected courage in Tane’s steady hand. But he wrestles to keep his emotions in check as his need for her grows stronger with each passing day.

Can Harper and Tane forge a new home on the farm and heal their shattered lives with love?

City Girl vs. Country Boy is the first book in the Forever Love sweet YA contemporary romance series. If you like powerful attractions, emotional twists and turns, and heart-wrenching family drama, then you’ll adore Jordan Ford’s touching novel.

Wow what a read! This one was both heartwarming and heartbreaking. I’ve been excited about this series since the author first mentioned the concept and now that it’s finally here I was so excited and also a bit afraid it wouldn’t live up to the expectations in my head. But it did, it was such a great read.

City Girl vs Country Boy follows the story of a group of teenagers. It’s quite the unique set-up. There are three families and when the parents of two of those families die all the kids end up at the same place, at the house of the only parent of those families that still lives, Beck. Beck has had his own troubles and is already taking care of Tane (not his biological son) and now has Harper and her two siblings from one of those families and Stacey and her twin Bianca from the other family to take care of too. This book has the point of views of Harper, Tane and Stacey. Harper and Tane are each others love interests and then there’s Stacey’s point of view too, so you basically have a point of view of each of those three families. I really liked the multiple point of views.

This book was quite the emotional ride and quite sad at times, but there’s also this hopefully tone and I want to see all these character get a good life after all they’ve been gone through. Their lives all get uprooted. And they’re all trying to deal with that and somehow continue with their life and find a new place. It’s sad to have these 5 teens who all lost their parents. And then Tane who lives with Beck and now suddenly has to get used to 5 orphaned girls living there too, one of which he’s attracted to.

I liked reading about all of the characters, while we only get the point of view of three of them, we see quite a bit of the others too. They all have their own personality and was easy to remember who was who. They don’t always make the best decisions, but it all felt very realistic with how they all struggle.

At times this book doesn’t really feel like a romance yet, although the set-up for Harper and Tane’s romance takes place, I don’t think it fully blossoms until later in the series. I do like the set-up for their romance, the mutual attraction they have and with the inconvenient timing and Harper having a plan it takes a while for them to even acknowledge the attraction. There is some flirting and some sweet scenes later in the book. They do seem good for each other and I am curious to see how things will develop.

Harper has to take care of her younger siblings, I liked how she took care of them and genuinely seem to care, but it also felt very much like a way for her not to deal or think about what happened by staying busy. She has all these burdens on her shoulders now and she’s struggling and then late at the book when she finally does show some cracks and Tane is there for her, that was great. She also struggles with the plans she made and how she wants to stick with them, but at the same time everything is different now. And the scene at the end where Beck has this talk with all of them, almost had me in tears. It’s so sad to have all these regrets and all these families torn apart.

And while there is quite a bit of sadness and struggles, that’s not all that the books about. It was quite the addictive read. I wanted to read more about these characters, see how they were doing and how they were dealing. And also how they’re making a new home here. This book also shows very strongly how different people deal in different ways with grief. From Willow who turned mute, Oscar who got lost in his computer. Stacey who acted like nothing was wrong, Bianca who struggled and then Harper who tried to keep it all together. And even Beck who tries to be strong for them all and he seemed like a great parent, but he also wasn’t perfect, which made him more realistic. And he had lost two of his best friends. Tane has his own struggles with his mom leaving and he isn’t sure how to handle their relationship now.

One of the things I dislike was the focus on the temporary nature of the whole thing, for some reason those things always trouble me a bit. I wish Harper and her siblings would stay at the house with Beck instead of being set on going back to their home and for a long while I wasn’t sure what would actually happen. That tension or uncertainty made me feel uneasy a bit as I didn’t want her to leave, but in the end I liked how things ended up at the end of this book and in a way that made sense for the characters.

I loved the farm setting and the New Zealand setting. There is something quite idyllic about the farm and how the author brings it alive with all these descriptions. It seemed like a wonderful place. I haven’t read many books set in New Zealand yet, so it was fun to have this book take place there. Although most of the book takes place at the farm, there were still these little things that made the New Zealand setting be felt too.

To summarize: This book was sad and hopefully, heartbreaking and heartwarming. I had a great time reading it and I just wanted to keep reading and see how the characters were doing. The three different point of views really worked here. It was fun to have the romance between between Harper and Tane and then Stacey’s point of view which showed more of that family and how she was dealing. It almost doesn’t quite feel like a romance yet as this is very much the set-up still, but I liked the few sweet scenes between Tane and Harper, they seemed like a good match for one another. Stacey also has a bit of her own romance going on. I liked following these characters and felt so bad for how their lives changes and seeing how they dealt with the grief. I did like seeing them slowly find a bit of their place here. They are all interesting characters to read about and I liked how we got a good feel for all of them, even the ones whose point of view we don’t get. The farm made for a great setting and it sounded like a great place. I also liked that the book takes place at new Zealand. All in all this was an awesome start of this new series and I am looking forward to see how things develop over the course of the series.

have you ever read a book that took place in New Zealand?