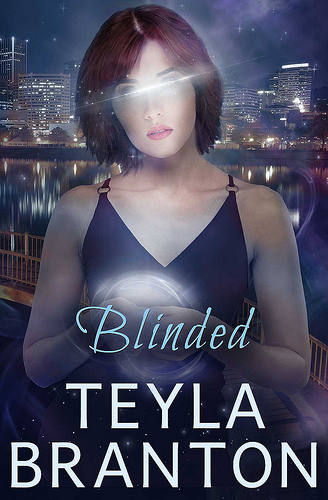 A chilling repeat imprint of a murder and a fiery near-death makes Autumn rethink everything she’s learned about her ability and what she has become.

When a rash of elderly deaths occur in Portland, Autumn Rain is called upon to use her ability to read emotions imprinted on physical objects in an attempt to track down the killer. The antiques shop owner and part-time police consultant is more than willing to go undercover with Shannon Martin, the infuriating detective she might be falling for.

Crime boss Nicholas Russo is also back in town to claim the favor Autumn owes him. If she doesn’t pay, her life and those of her family will be at risk, but helping Russo might mean the deaths of other innocent people.

A chilling repeat imprint of a murder and a fiery near-death has Autumn rethinking everything she’s learned about her ability and what it has made her become.

And then things really get crazy.

I was excited to dive into book 5 of this series as I am really enjoying this series so far. And Blinded was another great addition to this series. I also was quite curious how the title would play a role, it wasn’t what I had expected and to be honest at first I wasn’t too happy about it, but in the end I think it added an unique twist to this book. It has a great suspenseful storyline and was hooked, wanting to know what would happen next.

I love how this author writes her suspense storylines, these books always keep me guessing about what exactly is going on. or how things tie together. There are multiple things going on in this book, like 4 or so separate plot lines it seems and then slowly things tie together and everything falls on it’s place and it’s so well done. There was a small twist at the end I predicted and I am a bit sad how that character turned out, a few reveals weren’t a big surprise, but some other twists really took me by surprise. And it was great seeing it all unfold and how Autumn and her friends handled everything.

Something I really liked about this book is hos strongly it ties back into some previous books in this series. With Russo being back in town and Ace being in this book, it has some ties with book 2 . Cody plays a big part too, which neatly builds upon what happened in book 4. I really liked this sense of continuity and how it build upon some plot lines from the previous book.

And while there are so recurring characters from previous books, there are some new characters we meet as well that tie into the plot of this book and the suspense storyline. There were some interesting characters and also some aspects of them I didn’t realize until the end of the book, which was great. I really liked how everything got wrapped up at the end.

The ending of this one is really nicely done. It could work as series ender, but I think there will be more books in this series. There is a little bit more romance in this book and I liked how there are some romantic scenes where I really felt the connection between Autumn and Shannon. I really like these two together and how they work together as well. There are some doubts as well and I wasn’t happy Autumn tried to keep something from Shannon for a bit, but it all got resolved well. There also was a part where Autumn didn’t tell Shannon where she was going in relation to the case they were working, which felt a bit off as I just knew she would get in trouble now that he didn’t know where she was.

This book also adds a bit in terms of world building. With a scientist who studies psychometry and some things Autumn discovers about her ability. Tawnia’s drawings also play a bit of a role again. I like how with each book we learn a bit more about Autumns ability.

To summarize: this was another great addition to the series. There is an unique twist in this book, as well as a great suspenseful storyline. I liked how all it starts as multiple storylines that seem to have no connection whatsoever and how they slowly seems to be tied together after al. I liked seeing the connections and learning all the truths behind everything that was going on. It was great how this one builds upon some storylines set up in book 2 and book 4 and how this book builds upon those plot lines. I also liked how there was a tinge more romance in this book, Autumn and Shannon really are great together. There are some new things we learn about Autumn’s ability as well. The ending of this one was really good.