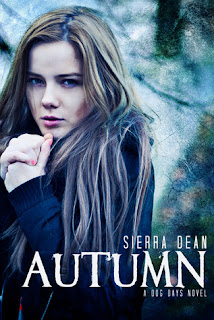 Blurb from Goodreads:
Cooper Reynolds’s life is going to the dogs… literally.

As if being a high school senior in a small Texas town wasn’t hard enough, Cooper has bigger things to worry about than who he’ll take to prom and whether or not the Poisonfoot Padres will win homecoming. He has less than a year before his eighteenth birthday, when a curse placed on his family will doom him to live in coyote form forever.

The last thing he needs to complicate his already messed-up life is a girl, but fate has other plans in mind for him when it brings Eloise “Lou” Whittaker to Poisonfoot. She’s grouchy, sarcastic and has no love for her new Texas home, but she might be exactly the right person to help Cooper break the curse.

The clock is ticking, and Cooper will have to decide if he’s willing to let Lou in on his dirty little secret before it’s too late.

My review:
I got a copy from Netgalley in exchange for an honest review.

This book has an original premise and it sounded excatly like the kind of bok i would like to read, sadly it fell a bit flat for me and where the story was a bit slow but interesting I couldn’t connect with the characters.

The story is certainly original and while it starts of a bit slow the story is certainly interesting. I couldn’t remember the blurb and thought I was reading a contemporary book and for quite some time this actually felt like a contemporary read. Slowly there are clues that something is wrong and the story was the only thing that kept me reading. The ending was a bit disapointing for me, the sort of cliffhanger ending and the turns the story took make me really coubt if I will pick up the next book.

The characters are what made this book fell flat for me. Lou started as a whiny girl. As soon as she arrives in Poisonfoot I started to like her more, but still couldn’t really connect with her. For some reason everyone warns her away from Cooper, but nobody will explain things to her, but they do get angry when she is seen with Cooper. This made no sense to me, although I did like how Lou ignored everyone’s judgment and was determined to get to know Cooper and then decided whether she liked him or not. Cooper is a bit moody and at first I didn’t really get why, For some reason the whole town hates him even though he is a football player. Even after finishing the book i still had no good idea of why the whole town seemed to hate him and his family so much.

The world building falls short too, I already mentioned that it felt like a contemporary read for quite some time and when there where actually clues that this in fact wasn’t a contemporary book it still took a long long time before the reader got some answers.In fact only at the end of the book there is some more explanation of it all and even that stories contains so many holes I still didn’t got a good sense of the world or the reason behind it all.

To conclude: this book has an interesting story that kept me wanting to read more, but I couldn’t connect with the characters. The world building falls short too and only at the end the reader get’s some answers, too little and too late. I don’t think I will be picking up the next book, although I did like the idea behind the story.

You can add Autumn to your to-read list on goodreads