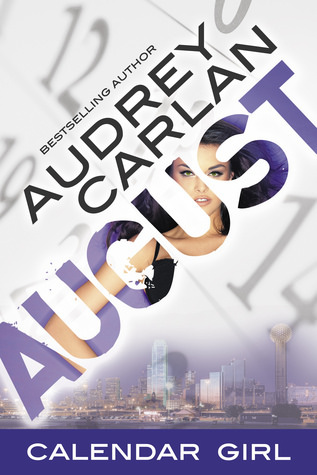 Blurb:
Pretending. I’ve always been good at pretending.
Being someone else is easy, and that ability has served me well these last seven months.

This time, I’ve been hired to be the long lost sister of oil tycoon, and down to earth cowboy, Maxwell Cunningham. Recently, Maxwell’s father passed away and in his last Will and Testament he dropped a bomb no one saw coming.

One of the richest men in the world, left forty-nine percent of his company to a sister my client never knew he had. A woman named Mia Saunders.

Maxwell has a year to find this sister or he loses almost half of his empire to a greedy board of investors. Somehow, he found me and here I am.

Sharing in family dinners, pretending to be someone I’m not and fooling bigwigs left and right. Only I’m finding myself falling in love with a family I can never have. One that will hurt to leave.

Stetsons, soul-searching, and sisterly duty all come into a sharp tangle with twists and turns I never saw coming.

In the eight book of the Calendar Girl serial, Mia is sent to Dallas, Texas. Still on her mission to save her father, she is hired to be the long lost sister of Maxwell Cunningham, one of the newly richest men in America.

My Review:
After July I was really curious which direction this series was going to take and in August we get a glimpse of that and more. In my review of July I mentioned I was afraid this was going to become a bit formulaic, but July took things into a new direction that I was happy with. And August goes even a step further. I really enjoyed the direction this story is going and there’s nothing formulaic about this episode, except maybe the fact that she has a new client and is in a different city again.

August is filled with heartfelt scenes, plot twists, character growth and a cliffhanger ending. I had predicted one of the plot twists as I thought it was pretty obvious, but the other one came as a surprise. We see how much these plot twists impacts Mia and how she deals with a big decision from July. We also see Madison and Matt make an appearance. And we meet some new characters, although I didn’t like how they handled the plot twist topic as I felt they could’ve handled that better. And this episode is such an important part of Mia her journey and I want to know what’s going to happen next and how this impacts things.

As I mentioned before this series is mostly Mia her journey, with each episode she gets closer to finding herself and knowing what she wants out of life. She finds new friends and learns new things about herself through the experiences. The decision from July has impacted her life and I liked seeing how she dealt with it and I think she has made the right decision. Although Wes could be a bit too bossy at times, pushing Mia a bit too much on certain issues, while I thought it would’ve been better for them to first get used to this point. And that’s also why I understand that Mia wants to finish her journey and get the money her own way, even though at times I also think she could accept the help others give her a bit more gracefully instead of pushing the help away.

In this book we meet some new characters who are going to become part of Mia her life. I liked how the set-up was differently in this one. Mia is there to help them, but the plot is quite different from in other books. And I liked how this guy was already happily married and even had a kid. There were some side characters thrown in were I wasn’t really sure why they were added, but overall I enjoyed meeting these new characters and seeing Mia interact with them. Like the other books you can expect some hot scenes in addition to the plot, but there’s enough focus on the more emotional side of things as well.

To summarize: this episode continues to shake things up and I am glad this series doesn’t turn formulaic. I really enjoyed this episode with the plot twists and heartfelt scenes. Although I did think one of the plot twists was a bit predictable and I don’t get why Mia didn’t see it earlier and the others didn’t reveal things earlier. This one ends on a sort of cliffhanger. There is a lot of focus on the characters and emotional side of things. We see how Mia her decisions in July impacts things and it all made this book into and interesting read. And we meet some new characters and I liked seeing Mia interact with them. Looking forward to see how this impacts things in the rest of the series!

Tell me what was the last book you read with a plot twist?