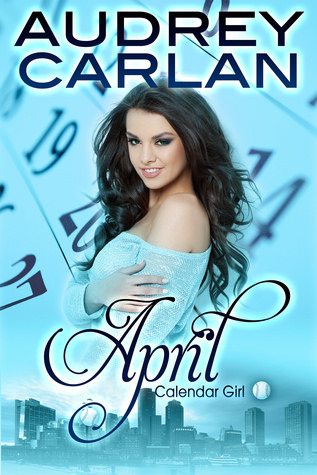 Blurb:
Baseball, beer, and a hot boy. Nothing can beat that. Until I meet Mason “Mace” Murphy the next “it” pitcher for the Boston Red Sox and my client. He’s immature, arrogant, sexy as sin, and the last man that’s going to get into my panties. He’s not used to hearing the word no from women, so I’m going to spell it out for him.

N = Not going to happen.

O = Out of your league buddy.

I was hired to cuddle up to the annoying, beautiful athlete, and give prospective advertisers and fans a different view of this hot-shot professional baller.

Only he’s everything I detest in a man all wrapped into a dream package. Baseball player, talented, athletic body, sculpted face, and ass you can bounce quarters off of. Unfortunately, he also believes he’s God’s gift to women, a man-whore, throws money around like it grows on trees, and conceited. The challenge for him, to break down my defenses and get in there. My challenge, avoid hopping in the sack with him at all costs.

***
Mia Saunders continues her mission to save her comatose father from her dangerous, loan-shark ex-boyfriend. This month, she serves as a high-priced escort to a professional baseball player named Mace Murphy in Boston, MA.

My Review:
This month Mia is the pretend girlfriend of baseball player Mason. It’s another great book in this series, although I did enjoy it a bit less than the previous ones, not quite sure why. It was pretty hard to like Mason at first, he was rude, a player, treated women badly, drank too much, arrogant and immature. Mia is there to help his image by being his pretend girlfriend and it was great to see the change in Mason. I think the change went a bit fast, but it was believable. He slowly started changing his attitude and it made more sense why he acted that way in the first place. I did like him more at the end after he’s changed, but I didn’t like him as much as Mia her previous clients.

There’s also a plot development and two scenes towards the end of the book which were so predictable and cliché it annoyed me a bit. When the scene started I knew what would happen next and ofcourse it did and even how it got solved was predictable once the set-up scene happened. I understood why the characters acted that way, but I’ve just seen that particular type of scene too often.

Just like in the other books it’s awesome to see what impact Mia has on the life of those she visits and how they in turn help or and become her new friends. In this book Mia not only helps mason, she also get’s a glimpse of the life of a professional baseball play and helps organize a charity auction. We got a small view of the other ball players and a few scenes with those, but it’s mostly about Mason, Mia and Rachel. I really enjoyed the charity event and thought it was great what they accomplished.

We also keep hearing from the previous clients, which I thought was a nice addition as it gives the series a feel of continuity. Both Alec and Wes play a role. There’s also a phone call that Mia has with her best friend Gin, although I agreed with Rachel that it’s weird how they interact, I also think it’s great Mia has such a great friend.

To summarize: I liked this one a bit less than the previous books, but it was still a good book, There’s a nice romance, some sex scenes and new developments in the bigger plot line. I really didn’t like Mason at first, but he changes a lot. I liked seeing Mason change and even Mia learn a few new things again and be able to make a difference in Mason his life and leave the city with two new friends. I also liked how the previous characters and clients continue to play a role.

As this book features a baseball player, tell me about your favourite sports romance book?