Okay below are are the 3 books on which you can vote this month, all 3 are romance books, but different genres. There is one contemporary romance, one science fiction and one paranormal romance book. And all 3 are books by authors that I already know and want to read more of. And all are first books in a series

Blurb:
Love will bring them together. Distrust will tear them apart…

Alexandra Lauren Knight has reinvented herself in the safety of her rural New Zealand hometown to become Lauren Taylor. She’s cut all ties with her past as a former model whose ex-husband turned out to be ruthless in both the boardroom and the bedroom. While Alexandra allowed other’s expectations to propel her into the spotlight, Lauren prefers the safety of anonymity; restoring classic cars with her brother, and snuggling with her four-year-old son.

Nate Fraser, a burned-out photojournalist, plans to fix up the property next door to Lauren and sell it as a celebrity retreat. Always on the move, Nate is only comfortable with short-term assignments and even shorter-term relationships. But it’s not just his buyer’s tight deadline or that the restoration is far beyond his expertise which turns a short-term project into an ordeal. Nate’s plan of travelling the globe is in jeopardy—created by the intensity of his growing feelings for Lauren and her little boy.

As the sparks of passion ignite between them it reawakens Nate’s long forgotten dream of having a home and family. Lauren must find a way to trust Nate not only with her secrets, but with her heart—before her safe haven is exposed and she can no longer hide in the shadows.

I read the third book in this series recently and can’t wait to go back and read the first two books. 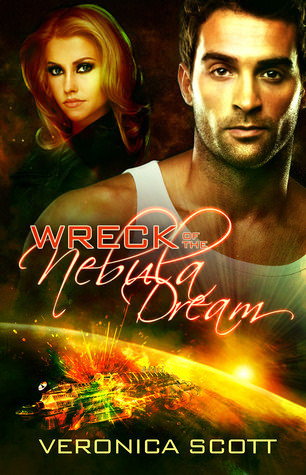 Blurb:
A reimagining of the Titanic disaster set in the far future among the stars…

Traveling unexpectedly aboard the luxury liner Nebula Dream on its maiden voyage across the galaxy, Sectors Special Forces Captain Nick Jameson is ready for ten relaxing days, and hoping to forget his last disastrous mission behind enemy lines. He figures he’ll gamble at the casino, take in the shows, maybe even have a shipboard fling with Mara Lyrae, the beautiful but reserved businesswoman he meets.

All his plans vaporize when the ship suffers a wreck of Titanic proportions. Captain and crew abandon ship, leaving the 8000 passengers stranded without enough lifeboats and drifting unarmed in enemy territory. Aided by Mara, Nick must find a way off the doomed ship for himself and several other innocent people before deadly enemy forces reach them or the ship’s malfunctioning engines finish ticking down to self destruction.

But can Nick conquer the demons from his past that tell him he’ll fail these innocent people just as he failed to save his Special Forces team? Will he outpace his own doubts to win this vital race against time?

I’ve read two short stories by this author in two anthologies and i really want to give one of her full length books a try!

Blurb:
Her pack is being hunted. He’s a bodyguard with a secret. The Wolf Hunter is targeting them both.

Owen Harding hasn’t shifted since he was in Agent Smith’s experimental cages—the only thing this ex-Army Texas boy is afraid of is what kind of beast he’s become. But with a hate group issuing more threats against the Wilding pack than you can shake a stick at, Owen’s doing what he can as a personal bodyguard. If only the Wilding girl he’s tasked with keeping alive wasn’t so damn sexy… and completely off limits.